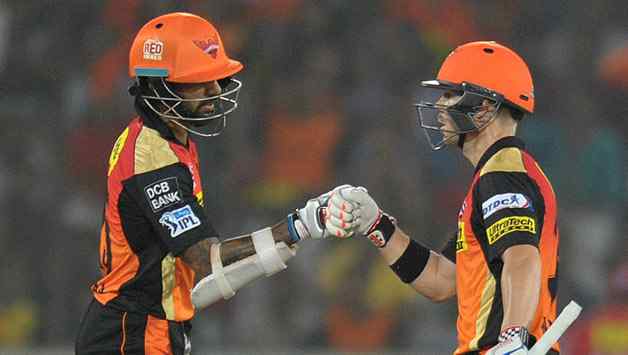 10 Batters With Most Fours in IPL History

The Indian Premier League (IPL) has been one of the most entertaining and enjoyable leagues in the world right from its inception since 2008. In the 20-over format, it is not always about power-hitting and clearing the ropes but also about timing and finding the gaps to hit the boundaries. Scoring boundaries at regular intervals is something that helps the batters and the team to keep the scoreboard ticking. Over the years, there are batters in the cash-rich league who have scored those crisp boundaries with ease.

The first name in the chart is southpaw Shikhar Dhawan who has smashed record 654 fours in the IPL. The Delhi capitals player is the only batter in the history of IPL to score over 600 fours in the biggest T20 league of the world. In 191 innings, Dhawan has amassed 5784 runs with an average of 34.84 and the highest score of 106*. Dhawan has struck 44 fifties and two centuries in his IPL career so far. Though he has cleared the ropes only 124 times, his tally of 654 fours is more than 100 than the next batter in the list.

Speaking of the second name in the four-hitting chart is former Royal Challengers Bangalore skipper Virat Kohli who has hit 546 fours all with his sheer timing and pure technique. In 199 innings, Kohli has scored 6283 runs with an average of 37.39 and the highest score of f113 and is the highest run-scorer of all time in the Indian T20 League. The Delhi-born batter has 42 half-centuries and five tons to his name of which four centuries came in a single season (2016) itself. Kohli has sent the ball over the ropes 210 times in the tournament.

The third and fourth names consist of pocket dynamo David Warner and swashbuckling Suresh Raina who have struck fours 525 and 506 times respectively. These two along with Shikhar Dhawan and Virat Kohli are the only four batters to smash over 500 fours in the league. David Warner has taken 150 innings to score those fours while Suresh Raina took 200 innings to send the ball to the fence. Both left-handers, Raina and Warner are fourth and fifth-highest run-getters in the IPL with 5528 and 5449 runs respectively. Warner is also just behind Raina in terms of sixes as Australian has hit maximums 201 times compared to Raina’s tally of 203 sixes.

The next fours names in the chart are all Indians with two-times title-winning former KKR captain Gautam Gambhir is fifth who has amassed 492 fours in 152 innings while record five-times trophy-winning MI skipper Rohit Sharma is sixth who has 491 fours to his name in 208 innings. Former KKR player Robin Uthappa sent the ball to the fence 462 times in 186 innings and is seventh while Ajinkya Rahane who served Rajasthan Royals for so many years is eighth in the list with 417 fours in 141 innings.

One of the most loved players in the world of cricket, the destructive South African batter AB de Villiers is ninth in the chart who has scored 413 fours in 170 IPL innings. Well-known for his big-hitting sixes, de Villiers did manage to hit these 413 fours in the cash-rich league. The list concludes with an absolute legend of the IPL and all T20 cricket, the Universe Boss Chris Gayle who struck 404 fours in 141 innings. The Jamaican-born hard hitter has hit the most sixes (357) and with 4965 runs he is approaching the 5000 runs mark in the IPL.

10 Batters Who Scored Most Fours (boundaries) in IPL History:

ABOUT US
Topandtrending.com is one of the fastest-growing websites. Top and trending is your news, entertainment, top 10 best, music, fashion, sports, tech, games, mobile site. We provide you with the latest news from around the world.
Contact us: topandtrendingofficial@gmail.com
FOLLOW US
© 2020. Developed with ❤️ by team Top and Trending
MORE STORIES
cricket