In this article, you will find the answer to questions such as: what are the best smartphones to buy under $ 300. What are the cheapest mobile phones under $300 in 2021?  To be specific, in this article we will propose mobile phones ranging from $199 to $ 300, a very interesting price range that many people will be looking for, and where you can find balanced phones suitable for all types of users as long as they are not.

We have compiled a list of the best smartphones under $ 300 that can be bought in 2021. They are phones of good build quality, with a pleasant design, which have little to envy other much more expensive smartphones. 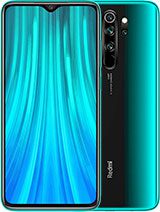 Xiaomi Redmi Note 8 Pro, the heir to the excellent Redmi Note 7, brings with it some interesting features. There is the NFC chip, the rear glass is curved on 4 sides and attaches directly to the side frame (which is still plastic) making the handle more firm. Xiaomi Redmi Note 8 Pro price in the USA ranges from $200 to $219 USD about 16,799-19,999 INR in India.

The battery has increased to 4500 mAh, there are 4 cameras although two of them, the one with the bokeh effect and the one with the macros. Xiaomi Redmi Note 8 Pro is the first smartphone to arrive with a 64MP sensor, manufactured by Samsung in collaboration with Xiaomi.

There is a small notification LED to the right of the drop notch. In May of this year came the update with support for Android 10 that allows you to watch movies and television series on Netflix in Full HD. Many new low and mid-range Xiaomi models have been launched, but at the moment none of them can do better than Redmi Note 8 Pro.

It works with MIUI 12, for an excellent user experience. If the 8 Pro is out of price, you can go for the Note 8T with Qualcomm SoC. The Redmi Note 8T is practically the same as the Redmi Note 8, but it comes with the NFC chip. 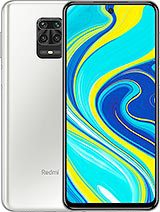 Xiaomi Redmi Note 9s is a mid-range smartphone dedicated to mobile game lovers. The processor is very powerful like the GPU, the level is that of the Snapdragon 730G, in fact in some benchmarks the 720G makes it even better. The autonomy is excellent, the screen is very good (6.67-inch LCD with FHD + resolution), there is a dedicated slot for the micro SD, the IR sensor, a certain resistance to water splashes. Redmi Note 9s price $ 219 to $ 239 USD about €200-255 EUR.

Where it could improve is in the photographic aspect, Xiaomi Redmi Note 8 Pro is better in the photographic quality. It is advisable to buy the version with 6GB of RAM and 128GB of internal memory, since the lower one may be a bit fair in performance, especially if we are going to use it to play. It is a Dual SIM phone with support for nanoSIM, with Bluetooth 5.0, Android 10 operating system, and GPS and GLONASS modules. The autonomy is long-lasting, with a 5020 mAh lithium-ion battery and a fast recharge at 18W. 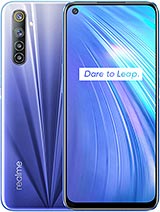 With this terminal, the mobile company Realme wants to challenge Xiaomi and its Redmi Note 8 Pro in the mid-range mobile market. Realme 6 works well in all situations and does not have any real defects, always taking the sale price into account.

It has a 6.5-inch screen with 2400 × 1080 FHD + and a screen-to-body ratio of more than 90%. Realme has managed to keep the pictures and screen quality under control. Another notable feature of the display is its 90Hz refresh rate which is quite rare for smartphones in this price range. The 90 Hz screen is an advantage for the Realme 6 compared to other smartphones of the competition, in addition, it automatically adapts from 60 to 90 Hz depending on the requirements, increasing the battery life.

The processor is a 2.0GHz eighth-core Helio G90T and comes with the ARM-based Mali G76GPU. The Realme 6 is available in three 4GB / 6GB / 8GB RAM variants. In addition, you can also keep the application running in the background without affecting the overall performance of the device. The Helio G90T is a gaming processor, which coupled with the 90Hz screen option makes games run smoother and more fluid.

The smartphone’s audio performance is also good from both the earpiece and the single bottom speaker. The speaker is loud and offers clear and crisp audio output. Regarding the camera, it has a 64MP main with Quad System that allows versatile shooting with a high resolution, an ultra-wide-angle lens, a 4cm macro sensor, and a black and white portrait camera. 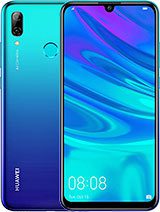 The Huawei P Smart 2019, available on Amazon, is equipped with a 2.2 GHz eighth-core processor with a Kirin 710 chipset, 3 GB of RAM, and 64 GB of memory expandable via microSD. There is a dual rear camera, with a 13MP main sensor and a 2MP Bokeh effect camera, with Full HD video recording at 60fps and an 8MP front camera. A 3400 mAh battery and Android 9 Pie operating system complete the package. 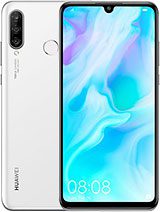 The Huawei P30 Lite certainly conveys a high-end smartphone feel, however, within it we find mid-range smartphone components. Unfortunately, the Bluetooth is still 4.2. Huawei P30 Lite relies heavily on photo quality and artificial intelligence applied to shots. For less than 300 dollars it is still a good buy, as we get one of the best phones for taking pictures and videos in this price range. Huawei P30 price ranges from $199 to $300 about C$ 342 CAD in Canada.

The best option is the Huawei P40 Lite but we are going to 300 dollars, it also does not have Google services, so it is probably not what you are looking for. In the market, you can also find the Huawei P30 Lite New Edition but its price is too high for what it offers. 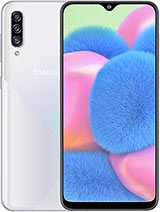 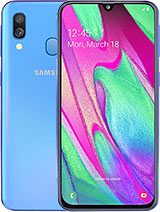 In the Samsung Galaxy A40, the Super AMOLED screen and the quality of the main camera stand out. Those who want to spend less than 300 USD and get photos of the highest quality can consider this smartphone. It also has practically everything, NFC, WiFi Dual Band, 3.5 mm audio jack, however, on board we find an SoC a little outdated in terms of the production process (14 nm). Samsung Galaxy A40 price in the USD ranges from $150 to $280 about £220 pounds in the UK.

The Galaxy A40 is equipped with a 1.8 GHz Samsung Exynos 7904 processor and a Mali G71 MP2 GPU. We also have 4 GB of RAM and 64 GB of expandable internal memory. An excellent option is to equip this smartphone with a triple trolley, which leaves space for both microSD and two nano sims. 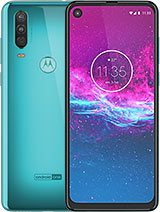 The screen is a 6.3-inch diagonal IPS LCD (1080 x 2520 pixels), 435 PPI, and 16 million colors; Unlike what we might think, the quality is really good, the tones are perfectly respected, ensuring a good warmth without touching too hot or cold tones. Motorola One Action price ranges from $189-299 US.

The processor is the Samsung Exynos 7, an octa-core with a frequency of 2.2GHz, coupled to a Mali 672 MP3 GPU with 4GB of RAM. The technical specifications included are 128GB of internal memory (expandable via microSD up to 512GB, but without a SIM), 802.11 ac WiFi connectivity, Bluetooth 5.0, type C 2.0, 3.5mm jack, NFC, GPS, and LTE up to 300Mbps in download. (audio is mono, output directly from the speaker below the device).

Motorola One Action is an Android One smartphone, so updates are guaranteed for 3 years, up to Android 11. The battery is somewhat poor but the hardware features that it brings make it an interesting mobile for less than 300 dollars. 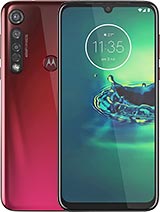 The Motorola Moto G8 Plus is a smartphone that does not bring particular innovations, however, it has the peculiarity of returning a good everyday experience thanks to the practically Android Stock ROM with the classic Moto Action and Moto Display data improvements. Motorola Moto G8 is priced at $ 179 in the United States of America.

Compared to the Motorola Moto G7 Plus, it increases autonomy, improves audio quality thanks to the double speaker, it also improves the quality of photos, but lacks optical image stabilization. Motorola takes a real step forward compared to the Moto G7 Plus, although it would be nice if it will integrate better display quality and optical image stabilization in future models.

The Moto G8 Plus is based on the Snapdragon 665 processor, has 4GB of RAM and 64GB of expandable internal memory, as well as a slot for two SIM cards. So it is an excellent smartphone, below 300 USD, which has nothing to envy to more expensive solutions.

The Motorola Moto G8 Power is a smartphone that must be bought by those who want to recharge their mobile phone every two days. In addition to the autonomy, other strong points of this phone are the stereo audio, the presence of the audio jack, and the software with the few but good Motorola optimizations. Unfortunately, there are some flaws like NFC and dual-band WiFi. Motorola Moto G8 Power is priced at 160 to 200 USD which makes it the cheapest and the budget mobile phone to buy under $300.

Onboard the Moto G8 Power is a Qualcomm processor, an octa-core clocked at 1.9GHz, supported by 4GB of RAM and 64GB of internal storage space. The photographic equipment is composed of a front camera: a 15.9 MP sensor. On the back of the Motorola Moto G8 Power, there is a 15 MP main camera with a focal length of f / 1.70. Thanks to the quality of the rear sensors it is possible to record video in 4k. 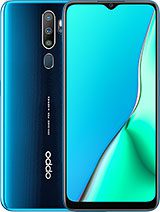 The Oppo A9 2020 is a mobile phone very similar to the Realme 5, but with the main camera capable of taking better pictures. The display is large and well-lit, with a 6.5-inch LCD screen and an FHD + resolution of 1080 × 2340 pixels with a 60 Hz refresh rate. In addition to the Android 9 Pie operating system, there is a 2 GHz processor of 8th base, with 4GB of RAM and 128GB of expandable memory.

OPPO A9 has a fingerprint reader, NFC technology, and Bluetooth 5.0 connection, with Dual SIM function, nanoSIM support and 4G + mobile networks, GPS, and 5000 mAh battery with fast charging at 10W. To take really beautiful photos there is a 48MP triple camera, with a 2MP Bokeh effect sensor and an 8MP wide-angle with wide vision and f / 2.4 focal length.

Also Read: Best Smartphones with Wireless Charging to Buy in 2021