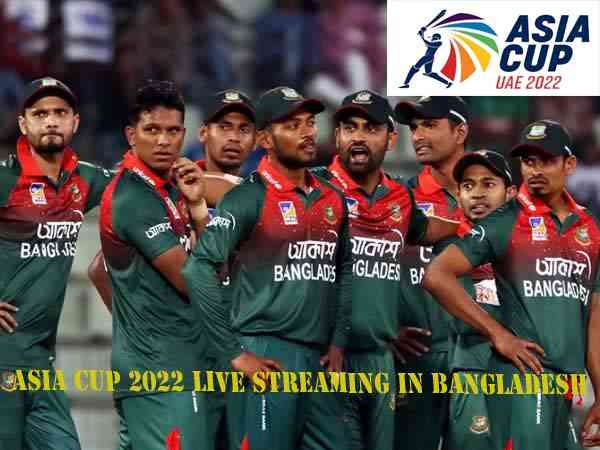 Where to Watch Asia Cup 2022 Live Streaming, Broadcast Channels, Telecast, and Broadcasting Rights in Bangladesh. On August 27th, the Asia Cup will officially begin in the United Arab Emirates. People who care about this event are clearly psyched for it to finally happen, after a four-year wait. Despite the Bengali T20 team’s recent struggles, the nation’s fans are staying positive.

We’re dialing up the excitement as Sri Lanka 🇱🇰 and Pakistan 🇵🇰 greet each other for the Final of the DP World #AsiaCup 2022 🏆 tomorrow!

Bangladesh’s first-ever Over-The-Top (OTT) service provider to broadcast all matches on the social platform YouTube as well as on App. The matches will be shown live on other Bangladeshi television networks as well. Fans may tune to Gazi TV (GTV), BTV, Maasranga TV, Nagorik TV, and Rabbitholebd to watch matches in Bangladesh.

On September 1, Bangladesh and Sri Lanka will meet in a match. Dubai will serve as the host for this contest. On September 2, Pakistan will face off against the qualifying team in Sharjah. The top two teams from each group after the first six games will advance to face each other in the Super Four. The top two squads from the Super Four will square off in the championship game. On September 11, the match will take place in Dubai. Each match will begin at the standard evening time of 6:00 PM Local Time.

ABOUT US
Topandtrending.com is one of the fastest-growing websites. Top and trending is your news, entertainment, top 10 best, music, fashion, sports, tech, games, mobile site. We provide you with the latest news from around the world.
Contact us: [email protected]
FOLLOW US
© 2022 Developed with ❤️ by team Top and Trending
MORE STORIES
News