Let’s see, real men need real perfumes, not only to feel identified but also to show the world what they are and never leave doubts about their personality, therefore, Abercrombie & Fitch is a brand that has generated this without limitation. since 1892, at a time when perfumes were not a priority in the world.

But, from the interiors of this American company they have always focused on offering the most classic as well as powerful aromas and that is why, despite being pioneers, it did not cost them anything to make a name among the favorites of contemporary man.

For all this, having The 5 Best Abercrombie & Fitch Perfumes is synonymous with masculinity in all its facets and what better than an outstanding analysis of each of them. These are really sophisticated scents, dismantling the myth that male scents are not intelligent, they are unique pieces and here we are going to review each one of them for you.

One of the perfumes that opened the doors for male sexism adapted to perfumes is the Fierce, a scent that was launched in 2002, but that even today can boast of having many modern contexts. 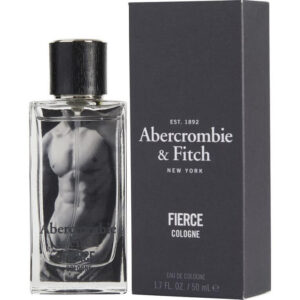 With Bruno Jovanovic and Christophe Laudamiel as its young and eager designers, this scent belonged from the first moment to the Woody Aromatic olfactory family for Men. But not only this, but at the same time it generates a fragrance linked to citrus, earth, and flowers, but where we know that wood, fresh and tropical are its protagonists.

With notes of petitgrain, acid lemon, oakmoss, sandalwood, lily of the valley, and marine notes, this aroma is very fresh and that is why it fits wonderfully in hot summer, as well as having certain similarities to marine perfumes. . It also has short longevity, but a very heavy trail, to leave you wanting more and using it more times.

The aromas with personality, but also with independence, are those that are always contained in the Abercrombie & Fitch bottles, so the First Instinct is one of the strongest in this sense and will undoubtedly bring out your most primal instincts. This scent that was launched in 2016 has as its family the Aromatic Fougere olfactory for Men. 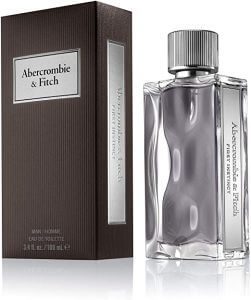 When Phillippe Romano designed its aroma, he also did it with a load of different possibilities, that is why it is so fresh, aquatic, citrus, and herbal, that even if it may not seem like it, it will be a great ally for winter and always breaking the ice. This aroma has notes of melon, tonic water, gin, violet leaves, citrus, and amber.

This perfume has to offer you the best of citrus and sweet fruits in an aroma that will also be loaded with moments of sea freshness from the first moment. Like all scents of this brand, it contains very long-lasting longevity and a strong and heavy trail.

On another side of the coin, in this case, a rather reserved and smell particularly Stoic, the First Instinct Blue is a scent that can appeal to any intelligent man. With the Aromatic Fougere olfactory family within its own, this scent was launched in 2018 and featured Yves Cassar as its lead perfumer. 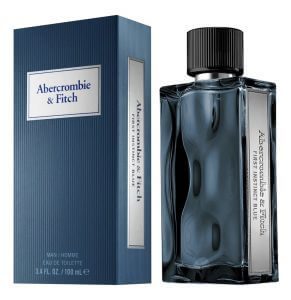 Now, everything that this perfume has started with its spicy freshness, retouched by several notes that lead towards the wood, without forgetting of course the inevitable citrus fruits, fruits, and the occasional note of heat. Wrapping you up is good for this autumn perfume, because its notes of apple, bergamot, rosemary, pepper, sandalwood, and tonka bean speak for themselves.

Another aspect that I like very much about this perfume is that it has moderate longevity and trial respectively and that this helps a lot to understand the concept of this perfume as adapted to intimacy as possible. That is why it is also an aroma designed for a time that is characterized by being somewhat passive, but which contains strong emotions.

For the man who always wants to be himself without someone else telling him what to do, Authentic is another of the fragrances of this American brand that stands out to a greater extent for the work of Clement Gavarry, showing off the Citrus Aromatic olfactory family. for Men and released in 2019. 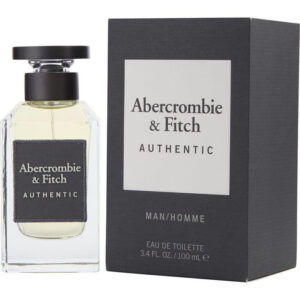 This full-fledged perfume has a very citrus fragrance, with wood and also with touches of forest such as moss for example. That is why it has absolute authority and this immediately makes it a truly classic perfume. In addition to this, it contains some notes of grapefruit, bergamot, pink pepper, ginger, sage, lavender, suede, and moss.

You can get a fresh, manly perfume, citrus by far and with some sensuality, that’s why you like it a lot in spring. This perfume also becomes a companion for long periods of time because it has long-lasting longevity, while its trail is heavy.

We are now going with the strongest perfume of this brand, there is no doubt about it and we present it as the First Instinct Extreme, the aroma that really has the greatest strokes of authority and masculinity of this brand and there is already much to say. It was launched in 2018 and belongs to the Aromatic Fougere olfactory family for Men. 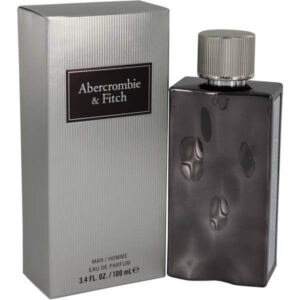 With Phillippe Romano as a designer, we would have to wait for a very characteristic perfume and he did not disappoint in this sense, since he managed to make an aroma with hints of musk, tropical cuts, and in addition to a lot of fruit, managing to turn his aroma into a coveted one. by creative and city men.

But the thing does not end here, its notes are of pepper, mandarin, amber, wood, violet leaves, cashmere, and coconut milk as the ones that stand out the most and make its aroma outstanding. That is why it feels quite clogged and smoky, making its texture very rich.

This aroma will accompany you very well in springs and also has moderate longevity and a heavy trail.

Never underestimate a scent you found in The 5 Best Abercrombie & Fitch Perfumes For Men in 2021 since they are one of the strongest scents made by the best designers from around the globe. That is why these five friends will be vital for you to understand as a man and stand out in public as rarely can you.