There is no use doing anything other than admiring what this top-level athlete has been able to achieve in the field of perfumes. If you want to be like him and conquer everything in your path, then visit this important article.

You will be able to find aromas that are closely linked to his competitive momentum since the world saw him for the first time at Manchester United to his steps as a famous Armani model, a combination of a lot of modernity and sensuality, as well as elegance.

Modern, full of ecstasy, and attractive, these are the synonyms of The 7 Best David Beckham Perfumes For Men which you will love, so do not lose sight of them.

One of its most important aromas is the Intimately Men, a perfume that is within the Aromatic olfactory family for Men and that was launched in 2006. This aroma has a lot of softness, as well as woody scents, something really English and manly. 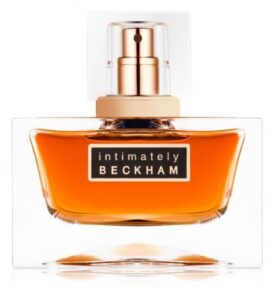 This perfume has top notes of bergamot, cardamom, and grapefruit, its top notes are sandalwood, violet, and star anise, and its base notes are amber and patchouli. You can find a really fresh aroma, full of citrus and flowers.

This is how in the summer you can get hold of this perfume to which you also have to add scents of fruits and a lot of spices, especially English, just like him. It has long-lasting longevity and a soft trail.

The classic footballer scent, anyone who boasts of being one, has to try David Beckham’s Classic, a scent that was created by Aurelien Guichard and belongs to the Woody Aromatic olfactory family for Men and was launched in 2013. 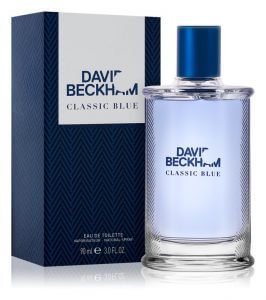 With the Classic you will be able to enjoy an aroma that is composed of top notes of lemon, gin, and galbanum, as well as heart notes of mint and nutmeg to close with base notes of amber and Texas cedar.

It is a perfume that has been characterized by adding a lot of aroma to its scent, which is also strongly influenced by a smell of wood so classic in the style of perfumes of the English footballer. To this we must add that it has a smell of green grass, so peculiar and so similar to a football stadium, that’s why it is classic, like him. It is a scent for winter and has long-lasting longevity and a heavy scent.

5. Beyond by David Beckham

The aroma that is ideal for all those who want to reach high, but with marked individualism in the world, this is the Beyond by David Beckham, the aroma of 2015 that was designed by none other than Nelly Hachem-Ruiz. Its aroma is within the Woody Spicy olfactory family for Men. 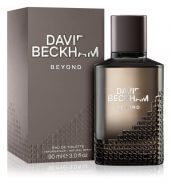 The aroma of this perfume is quite citrusy at all levels together with a warm presence, being excellent because it mixes fruits well in its scent with vanilla, achieving an important cocktail, which has been presented above all to achieve good fresh results.

It is composed of top notes of mojito, cardamom, and grapefruit, as well as some heart notes of pepper along with base notes of leather. This perfume has really woody elements that feel really powdery and that are also ideal to bring the heat to the body.

Of the most sensual perfumes that exist for men, we have to highlight David Beckham’s Instinct, which belongs to the Aromatic Fougere olfactory family for Men and was launched in 2005. 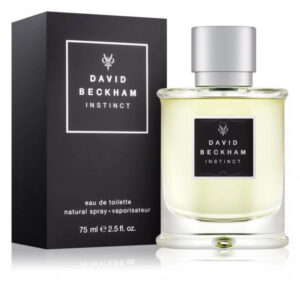 Alain Astori and Beatrice Piquet were the ones who made this aroma possible, in addition to including notes of vetiver, bergamot, mandarin, star anise, bell pepper, patchouli, and cardamom.

Everything that has to do with this perfume is both citrus and warm, something that is demonstrated for a time such as summer. We must highlight from its aroma that the smell of anise is very felt along with floral elements and well applicable for long-lasting longevity and a moderate trail.

Another of the perfumes that best define the wake of a determined man is David Beckham’s Bold Instinct, a scent that belongs to the Woody Spicy olfactory family for Men and that was born in 2020. 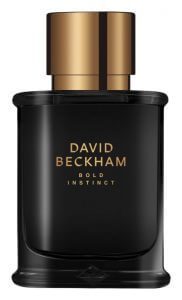 It has top notes of peat, pineapple, and bay leaf, heart notes of cinnamon, nutmeg, and cardamom, and finally base notes of patchouli, ambergris, and musk. All this union achieves that its aroma is perceived with a lot of musks, in addition to cinnamon, so it has a spicy and passionate final smell.

The winter is the best time to use this perfume, where he also must feel to amber, to cause a perfume with much wood, to which we must also mention that it is smoked. This perfume has to always breakthrough with moderate longevity and an equally moderate trail.

The presence of the sea in David Beckham’s perfumes is what has made his fragrances especially fresh and full of independence for some time. For this, we have to mention Classic Blue, a perfume that came out in 2014 and belongs to the Woody olfactory family for Men. 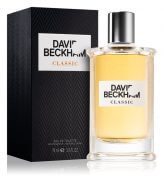 Aurelien Guichard and Jean-Christophe Herault are the ones who included top notes of violet and grapefruit, heart notes of pineapple and violet leaves, and base notes of moss and patchouli. The aroma in general that this perfume has gone a lot towards fruits and in essence that is, a perfume with a quiet sea and sweet aroma, something that this footballer rarely touched in his aromas.

In any case, we must not lose sight of the fact that its aroma is made for summer days because its smell is also designed for the tropical and so much so that even its longevity is moderate, as is its wake.

1. The Essence by David Beckham

The aroma that has all the essence of David Beckham in its maximum expression is The Essence, which was launched around 2012 and which has the Woody Aromatic olfactory family for Men. 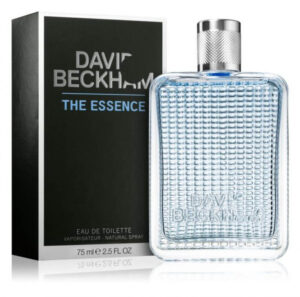 This one has top notes of lavender and violet, as well as some heart notes of apple and pineapple and base notes of cashmere wood and tonka bean. You will be able to enjoy a perfume designed with fruity chords, as well as a quite citrusy and lavender-filled scent. However, this has earned it a place in the fall alongside its short longevity and soft trail.

The footballer who showed that an elite athlete can also be linked to the world of fashion like no other, the pioneer is David Beckham and here we bring you The 7 Best David Beckham Perfumes For Men, an article full of his essence.