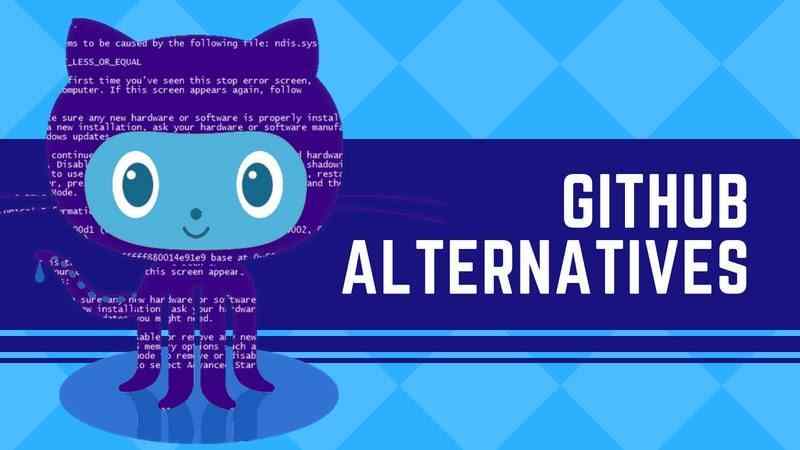 It is a software development tool used by millions of programmers. GitHub adopts Git, a distributed version control system created by Linus Torvalds, to allow developers to track changes to the source code of the software they maintain.

The history of GitHub has changed a bit since Microsoft acquired it in June 2018. Some developers, especially those who develop open-source software, have moved away from GitHub.

One of the fairly large developer teams that have moved away from GitHub is the GIMP developer team. Some open-source developers still say “no” to Microsoft, although the software company itself has started to be much more friendly to the open-source community lately.

Right after Microsoft announced the acquisition of GitHub, many developers switched to GitLab. GitLab itself is one of the best GitHub alternatives for large files, which offers the same functionality, similar to GitHub.

The main difference between GitHub and GitLab is that GitLab offers a community edition that publishes as open-source software. You can use this edition to build a self-hosted software development tool as the GIMP developer did.

Gitea is an open-source software development tool written in Go. It is a lightweight tool and is usable on any platform, whether it’s Linux, Windows, or macOS. He has low minimum needs. It can even work with an inexpensive Raspberry Pi.

Gitea itself also uses Git as its version control system. Features like the bug tracker, code review, and wiki are also available on this tool. It is a community project. This is the fork of Gogs, another software development management tool. Gitea is also under the MIT license.

GitBucket is another lightweight tool that you can use as an alternative to GitHub. It can be used to manage the development cycle of the software you are developing. Writes in Scala and works on JVM ( Java Virtual Machine ).

The interface of GitBucket is quite similar to GitHub. GitBucket itself also uses Git as its version control system. The features offered by this tool are the repository viewer, the wiki, and bug tracking.

Gogs is another lightweight tool if you would like to create a self-hosted software development tool. It is the tool that allows Gitea to exist. Also written in GB. Like Gitea, Gogs requires fewer resources to run. You can even use this tool on a cheap Raspberry Pi.

According to an introduction on its official website, some Gogs users even run Gogs instances on their NAS devices. The tool uses Git as the version control system. Other features it offers include code review, wiki, and bug tracking. Gogs is also licensed under MIT.

Unlike the first four tools which only support Git, Kallithea also supports Mercurial in addition to Git. This tool can be run as a standalone hosted application on your server. Kallithea focuses on providing a custom, self-administered interface for Mercurial and Git repositories.

You can run Kallithea on Linux and Windows. The software itself is written in Python and is licensed under GPLv3. Kallithea supports LDAP, which makes it easier to use your existing authentication system. You can integrate your instance with an incident tracker of your choice using the JSON-RPC API and the extension’s interface.

Tuleap is another tool that you can use as an alternative to GitHub. It also uses Git as its version control system. It is an integrated software development tool. Tuleap has a project management tool to centralize project activities with a single solution for planning, monitoring, developing, delivering, and maintaining applications. The issue tracker is also available in this tool to allow you to track issues such as requirements, stories, tasks, bugs, queries, etc.

Another open-source software that you can use to replace GitHub is Phabricator. This tool also uses Git as the version control system. In addition, it also supports Mercurial and Subversion (SVN).

FogBugz Dev Hub is an alternative to GitHub that is better suited for software developers who want to create a business project. This tool is quite similar to Beanstalk. The main features offered by FogBugz Dev Hub include See Code Changes, which allows you to follow project updates, Projects & Rest to organize rests, and Search Your Code to make it easier for you to find changes, files, and code. Also, FogBugz also offers optional extensions to improve its features, such as Time Tracking and Wiki.

If you need a similar tool to manage the source code of the project you and your team are currently working on, these mentioned above are the GitHub alternatives that are reliable to consider.