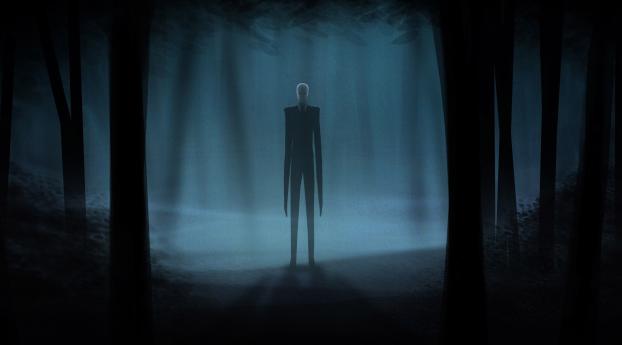 Best Horror Movies To Watch on Netflix in 2022

We made a list of movies that are available on Netflix, looking for the most varied types of horror. There are films about spirits, ruthless assassins, supernatural phenomena, haunted places, and even zombies…

We’ve sorted the list of Best Horror Movies to Watch on Netflix by prioritizing the most recent. Now all you need to do is prepare the popcorn and check it out!

36 Best Horror Movies on Netflix That Gives You Chills

1. There’s Someone Inside Your House

For those who love classic 90s teen horror movies, Someone’s Home is a great option to scare yourself and relive the best clichés of the genre. Produced by the same producers of Stranger Things and based on the New York Times bestseller written by Stephanie Perkins, the film tells the story of a young Makani, who has just moved to a small town in the United States. At the end of high school, several students begin to be murdered by a masked person. Makani will have to join forces to uncover the killer’s identity as secrets from her past begin to come to light.

In times of a pandemic, video layering is a very common resource for a conversation between friends or even a spiritist session. However, have you ever thought about who might be on this call? Is there no risk of things going wrong? This film explores the current times bringingto lot of terror on the scene when an evil spirit decides to take advantage of the so-called zoom.

Chloe is a young woman in a wheelchair with some health issues. With a life of a lot of control and extreme maternal care, she begins to question herself about the great protection she receives. After finding some suspicious information about her mother, she becomes suspicious of everything that goes on in her house and of all her mother’s attitudes.

In 1905, a man goes to a village far from the rest of the world to look for his missing sister. There is a religious cult there and, with the arrival of the intruder, many mysteries begin to occur and lies begin to be unraveled.

A horror film in which a woman, a game designer, to face her own fears to go out on the street. However, she begins to be haunted by a strange presence.

A successful violinist has to step away from her career to take care of her mother. When she decides to return, everything is different and there’s a new favorite on stage. However, with some secret plans, she decides to reconnect with all her old acquaintances in the music business.

A boy suffers from a very limiting autoimmune disease. So, as a last resort, the family decides to take him to a treatment home. However, the boy begins to deteriorate and soon begins to see sinister things.

8. In the Tall Grass

Two brothers decide to enter a field of tall grass, after hearing the desperate screams of a boy. In the midst of this, the brothers get lost from each other and soon realize that there are other scary presence film is that place. Film based on a work by Stephen King.

Scary flying creatures are everywhere and, with their sensitive ears, they can hear any noise. Now a family will have to figure out how to save themselves from this terrible nightmare.

A woman is in the middle of the desert with her daughter, and soon the little girl suffers a snakebite. Then, a series of strange moments begin to occur. When the mother sees it, she has her daughter saved, but with people threatening her and saying that now she needs to kill someone in return. A horror movie that leaves your head in knots!

A woman seems to be possessed by some curse and, out of fear of her, people decide to murder her. However, those who believe they got rid of it are wrong. She will return to terrorize, now in the form of a ghost. A good Indonesian horror film.

Two sisters lose their entire family and are left alone in a big house. Then one of them starts seeing spirits and, in the search for answers, they discover they are evil spirits!

There is a zombie apocalypse in Australia. Among the few people alive, a man, after being infected, tries to save the life of his baby. A horror film that, at the same time, has an inspiring bond of humanity.

Based on a Stephen King novel, 1922 is a rural horror film in which a man decides to kill his wife. However, this leads to sinister events, bringing many mysteries to the house that witnessed the murder.

A young couple moves into a house in a small town. However, the village’s tranquility does not last long, as dark events begin to occur. Between supernatural events and moments of tension, the couple’s marriage is also put into question, leading to suspicions of something dark behind the relationship.

Based on a work by Stephen King. A couple tries to have a more daring romantic moment, but plans turn out very differently than planned. In the end, the couple’s wife is isolated in the middle of nowhere, with handcuffs locking hdo to a bed. How to get out of this?

Based on a famous Japanese manga, a young man finds a powerful notebook. When he writes a name in that notebook, the person ends up dead. Using the notebook’s powers, the young man decides to write the name of all those who do some harm to society.

A psychologist, tormented by a traumatic experience with a patient, now finds it difficult to move forward. She starts to have frequent memories of the past, wondering what is real and what is the force of her imagination.

An Anglo-Jordanian-Qatarian horror film that takes a strong and scary approach: mother and daughter haunted by the mysteries that surround a war. Some spirits seem to be present.

A mute woman lives in an all-glass wooden house in the middle of a forest. She’s home alone when she realizes that a killer has decided to join in. Now she will have to fight for her life. One of the best horror movies available on Netflix!

See More: 20 Scary and Horror Movies Based on True Stories

Based on a supernatural case that took place in Spain in the 1990s, the movie “Verónica” is a great option available on Netflix to take a lot of scares. In the story, after a young woman “anlays” with a ouija board with her school friends, her life begins to be marked by strange events.

A film that brings a classic and scary theme: a killer doll. She ends up at a family’s home and promises to terrorize anyone.

Former FBI agent Will Graham has long been trying to capture Dr. Hannibal Lecter. However, after a few attempts that put his life at risk, he left the mission. But with new gruesome murders, he realizes he needs to get inside the Tooth Fairy’s mind to stop him.

When Jennifer Williams is attacked, she wakes up in the hospital with no memories. Her husband Russell wants to take her home and get back to normal. However, Detective Page is after Jennifer’s real attacker and she will find out that her husband may not be the person she says he is.

A couple lost a young child, so they decided to adopt a child of the same age. The boy seems to be adjusting well to the family, but when he sleeps he has some strange nightmares. Soon the couple begins to notice that the nightmares can become real. Fearful, they begin to investigate the boy’s past and discover sinister events.

A post-apocalypse scenario, where humans and vampires faced off. Now, the priests have a mission to protect the cities with those who survived, but the niece of one of them is kidnapped by a vampire and he will have to go and save her.

Emily Jenkins is a social worker engaged with her work and is moved by her new case: it is about a girl, Lilith Sullivan, who was in danger with her parents, at the risk of being injured. Emily decides to invite the girl to live with her until a permanent home is found. The problem is that the girl is not as sweet as she thinks. A psychological horror movie!

A refugee couple from South Sudan decides to settle in a city in England, after leaving a country in the context of civil war. To reach the country, a long and dangerous crossing was necessary. However, they don’t find the peace they were hoping for when they arrive at their new home. Hauntings and nightmares will haunt them, tormenting them. A psychological horror film that also brings some reflections on the places of belonging in society.

Story adapted from a work by Stephen King. Children begin to disappear in a small town and only their remains are found. One day, a group of kids who call themselves the “Losers Club” come face to face with the person responsible for the crimes: the clown Pennywise. A really scary movie, which features a clown who knows very well how to cause good psychological pressure and identify the victims’ fears.

Rose believes her daughter Sharon is suffering from an illness. In many of the girl’s nightmares, she mentions the name of a city. One day, Rose decides to take her there.  However, when they arrive, Sharon disappears and it is soon discovered that the city has many creatures from the supernatural world. It’s chilling! Special for those who like movies with demons.