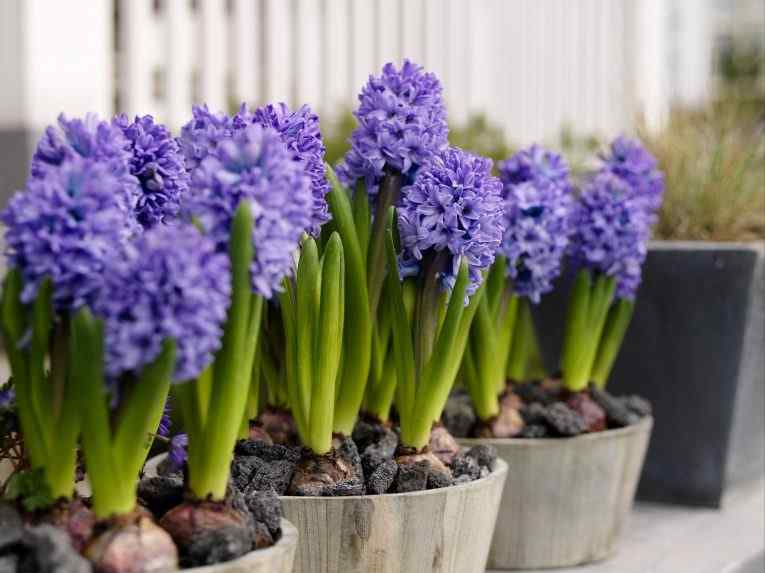 Although indeed, the history of women’s perfumery has always been linked to ostentatious fragrances as well as perfumes that have the luxury as their main attraction, we cannot ignore that they are some of the most famous aromas in history that have come from the humble and simple origin, to later become the famous aromas of today. Hyacinth Perfumes for women are relatively little explored, but it is in this 21st century that they are most noticeable because they have both modernity and a floral fragrance that is too fresh and important in every way.

One of these clear examples is the hyacinth, a plant that developed as simply as possible until it seriously became one of the most famous in the world, so let’s do a little history. The hyacinth was discovered in the Mediterranean and later it was taken to the East to observe its beautiful bluish texture, as well as a very strong, fresh aroma and aromatic herbs.

It is around the 1600s when the hyacinth began to be formulated as a perfume around the world, allowing women to enjoy its essence so attached to alcohols and that many times it has earned it an adjective of miraculous and pure perfume. Here in The 7 Best Perfumes With Hyacinth For Women, you will have the possibility of getting both a European and Arabic aesthetic, do not waste them.

7. A Scent by Issey Miyake

It is curious, but also understand that the most characteristic perfume coming from Issey Miyake is related to the hyacinth. On the one hand, it is curious because hyacinth is not usually the characteristic essence of many perfumes.

But on the other hand, it is understandable, since it is an aroma with oriental and even Asian dyes. The A Scent By Issey Miyake was launched in 2009 and is part of the Floral for Women olfactory family. 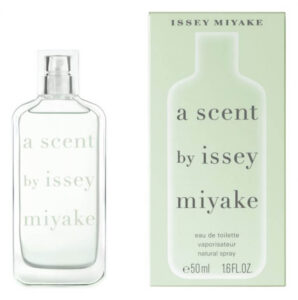 Daphne Bugey was the one who created everything that has to do with its essence and included notes of lemon verbena, hyacinth, galbanum, lemon, jasmine, and Virginia cedar. The result is therefore one of the strongest that has been seen in a perfume of this brand and where the aroma of wood and tree is what most prevails in the smell that stands out towards women.

In any case, they do not forget in this brand what a good herb has to give to the essence of perfume and you can clearly feel the air of grass that is included in the perfume that they will have in front of their noses.

This scent is also ideal for spring for its romantic touches and has one lasting longevity and smooth wake.

6. Beyond Paradise by Estee Lauder

We can sit and talk for days about Beyond Paradise, a perfume that is very mystical, but also floral and that will make your senses touch the sky, this was made by nothing more and nothing less than Calice Becker, one of the most distinctive and original designers, in addition to launching it in 2003. 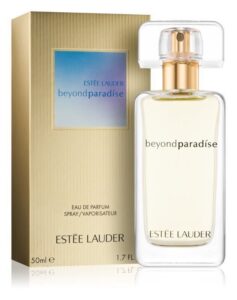 Standing out in an analysis of this perfume is in a certain way complex because this scent is since it belongs to the Floral for Women olfactory family, one of those with the highest number of notes in the world. The aroma of Beyond Paradise is a pleasant union of notes where its texture is really oiled and comfortable for your skin at all times, this will be noticed especially in spring, the favorite season for its use.

It is quite influenced by a really complete flower smell, where some of its notes are perceived in parts such as hyacinth, orange blossom, amber, or even bergamot. It shows its fresh side with notes such as lemon, grapefruit, or grapefruit to get closer to a fruity air in its smell. It finally boasts long-lasting longevity and a heavy scent.

One of the hallmarks that most characterize Boucheron is designing perfumes that have a high degree of respect and esteem on the part of those who use it frequently, for this reason, the Boucheron Eau Legere is one of the perfumes with the most character in its collection, especially because it belongs to the Floral Green for Women olfactory family.

When it was launched in 2006, the first thing that became evident with this perfume is that it had a very attractive personality from the moment you look at its bottle, this manages to make its aroma have a lot of authority. You can sense in its aroma a strong presence of many flowers as well as wood, this especially thanks to the fact that it has hyacinth and bergamot notes that give that magical air.

It is important to note that its aroma is also upset towards the notes of mandarin and musk, where in addition to providing you with quite fruity and citrus elements, they will give you a lot of freshness and comfort with their use in the mornings. It indeed has vanilla, but its sweetness is not very reflected in the character of the perfume. It is a perfume for spring and will delight you with moderate longevity and a soft trail.

Few perfumes with hyacinth are those that have literally begun to scrutinize the modernity of the times we live in today. But in the case of Donna Karan’s DKNY Be Delicious London, this is straightforward because they included some really interesting notes for first-world women in 2012.

Belonging to the Floral olfactory family for Women, this perfume is, first of all, the classic sample of feminine floral aromas, among which we can highlight rose, cassia, and honeysuckle, which give a strong smell and with something sweet to the final aesthetic of its very special aroma. 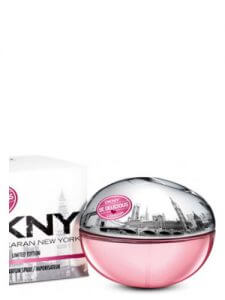 Subsequently, we have to mention the green apple, hyacinth, amber, and vetiver, which altogether will give a mixture of aromas among which everything is generally perceived as a great fresh herb. This special sensation is perfect especially for the summer, as it will eliminate all that annoying heat and will also enchant you with a scent loaded with purity.

You will not be able to refuse its constant use either, taking into account that its longevity is short-lived and its wake is short-range, so you should carry it in your wallet when leaving home.

This is another of the perfumes with hyacinth for women that captures all the purity that this plant usually creates in those who use it frequently, the Chance Eau Tendre by Chanel was launched in 2010 and created by Jacques Polge, since then it has captivated with its mixture among flowers and fruits so aromatic.

It is necessary to establish a full stop in its aroma since it is also very atypical for hyacinth, this since the citrus scents of its grapefruit note prevail in its aroma, for example, making it even touch the sensual. 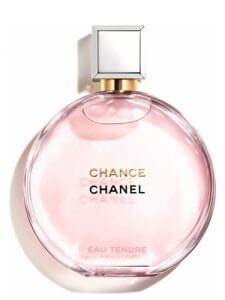 However, it is also quite feminine and with many soft touches for hints of hyacinth, quince, Virginia cedar, musk, iris, amber, and jasmine. This is where its Floral Fruity for Women olfactory family is very noticeable for that small balance towards the emblematic floral aroma that usually characterizes this brand.

The touches of water that can be given in aromas with hyacinth are exceptional and make you taste everything you have around you as if it were the first time you feel it. In this case, the Aqua Allegoria Rosa Magnifica by Guerlain is a perfume that has a perfect union between water, fruit, and floral.

Even without having reached the new millennium, in 1999 perfumers Jean-Paul Guerlain and Mathilde Laurent unleashed this perfume in the Floral Aldehyde for Women olfactory family to adopt a new perception of hyacinth.

Indeed, it does not have any fruit inside, but the strength of its floral elements is such that it seems that this perfume did have notes of this type. We are also going to highlight its aroma that only presents flowers, and this makes it too irresistible.

Floral but wild aromas like a breath of air, that’s all we can say about its notes of rose, hyacinth, violet, and iris. All of them are specially composed to make the hyacinth feel and decorate with sweet and fresh smells to their environment.

The highlight of this perfume that adapts very well to summer and has short longevity and a moderate trail.

1. So Flowers by Montale

Hyacinth usually combines perfectly with both fresh and wildflowers, and in fact, Montale So Flowers is a perfume that is directly related to everything that has to do with flowers and others, it is, therefore, an excellent aroma that you can enjoy with all your most comfortable clothes.

In 2010, this perfume landed to delight all the girls who love the Floral for Women olfactory family, and this since it has a choice of really impressive and short notes, all that is required to compose such an intense aroma in the floral as fresh in its feel. 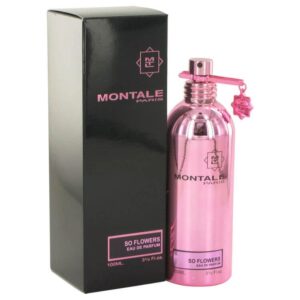 It has notes of jasmine, pink hyacinth, musk, iris, and ylang-ylang to give you a totally herbal scent of hyacinth that is combined at certain times by the freshness of jasmine. This will make your senses perfectly rejuvenated.

It also has its aroma with a series of aromas such as the sweetness of the rose and the aromatic of the ylang-ylang, something like taken from a Buddhist temple and especially striking.

You can expect from this perfume that you use it in winter to calm the intense cold that its aroma has and where it will also have strong longevity and a very heavy trail.

These seven fragrances with Hyacinth for women that you had the opportunity to read are the best options since they also do not neglect the femininity that hyacinth aromas have to have and at all times they will make you feel oiled and comfortable with your skin.