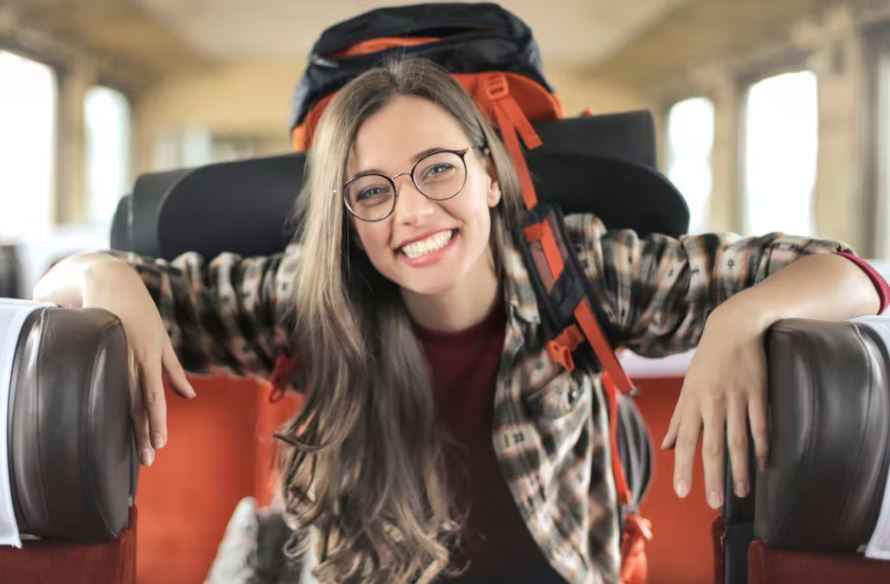 If you want to live a unique experience alone or accompanied by Europe, there is nothing better than an Interrail. A pass that will allow you to live an unforgettable adventure through European lands. Let’s see the best routes that can be done.

An economic way that allows you to get to know and travel to different European cities is the interrail, a train ticket with which you can move around different places in Europe in the period you decide. It is important that before starting the interrail route you have some clarifying questions, such as whether it is necessary to reserve a seat on some of the trains, that the ticket does not work in your country of origin, so you will not be able to start the trip with the ticket from there and that the ticket allows us to make multiple trips in one day, for this reason, it is interesting to use it to move around the different cities and get to know them better.

If you are an adventure lover and looking to visit places on rail tracks, The 15 Best Interrail Routes to do in Europe is your best choice to make your trip more memorable.

What Does the Interrail Consist of?

The interrail consists of a train ticket that gives the owner the possibility of traveling around Europe, in the contracted period, generally one week or one month. This pass is specific for European residents, in case foreigners want to make the route they are given the possibility of taking the Eurail ticket.

This mode of transport was created in 1972 by the International Union of Railways to make it easier for young people (under 21 years of age) to travel and move around Europe at cheaper prices. Prices vary according to the route taken and age, so the older the ticket will cost (currently there is no longer an age limit).

What Should Be Taken into Account Before Interrail Trip?

It is important to plan the route well before starting the trip since we must calculate the time to be able to complete the entire route on the established days and be able to enjoy the cities we visit. It is better to be able to spend an adequate amount of time in each destination, than wanting to make a very long route and not having the opportunity to get to know the different countries.

There are three premises that we must take into account before embarking on the trip: on some trains, we have to book in advance to be able to travel, we will have to pay a price in advance; the pass is not valid for your own country, which means that you will have to start the route in another place than the place of residence; and the ticket is designed to be able to choose different days, it allows us to make different trips on the same day.

It is recommended to carry out Interrail routes of at least 15 days so that the trip is economical. In this case, the pass that is usually taken is for 4 to 5 days, since, as we have already said, we must count that we will be able to make more trips during a day and that there will be days that we do not move from the country because we are visiting them. So let’s see which routes in Europe you can’t miss.

We will start the route in Munich, Germany, where you can visit Marienplatz, which is the historic center of the city, finding in this area some of the most important buildings in the city. Very close to the historic center is Viktualienmarkt, it is the most famous market and one of the essential places to visit.

We will continue the route to Bern, the capital of Switzerland, you cannot miss its cathedral, the tallest building in the country and from where you can contemplate magnificent views, the clock tower and if you like science or are simply interested in history, you must visit the Einstein Museum. The next destination is Milan, the city of fashion, where you can see its immense cathedral and its exclusive Vittorio Emanuel II gallery.

Before our final destination, we will pass through Nice, where you can see the coast and stroll through the Cours Saleya or flower market. Finally, we will finish the route in the French city of Marseille, where you will be able to visit the Notre-Dame de la Garde basilica, located at the highest point of the city.

If you are passionate about history you cannot miss the Italy-Greece interrail route. Multiple combinations of cities will allow you to discover the most beautiful corners of these countries. The way to move in the country can be done by interrail and to go from one country to another there is the option of taking a ferry.

So the trip can start from Rome to see the most famous monuments such as the Colosseum or the Trevi Fountain, pass through Florence and arrive in Venice, the city of canals, to catch the ferry that will take you to Greece, specifically to Patras. From Pratas you will head towards the capital Athens, where you can see some of the most historic buildings such as the Parthenon, you cannot miss how beautiful it is at night when it is illuminated.

There are different routes to do in the Balkans. We recommend Zagreb, the capital of Croatia, Sarajevo, the capital of Bosnia-Herzegovina, Dubrovnik, which is again a Croatian city located on the Adriatic coast, Kotor in Montenegro, also a coastal city, you must go up to the Castle of San Juan where you can see wonderful views of the city and the bay. Finally, the route will end in Belgrade, the capital of Serbia.

If you are not afraid of the cold and one of your wishes is to be able to see the northern lights, the best option is to do the route of the Nordic or Scandinavian countries, passing through the main cities of these countries, the capitals. So you can start the trip in Copenhagen capital of Denmark and start the route to Oslo capital of Norway. Other beautiful cities to visit are Stockholm, the capital of Sweden, and Lapland, located in the north of Finland, a magical city at Christmas since it is where the residence of Santa Claus is located.

One of the most beautiful routes, especially if you like meadows and nature, is the one carried out by Great Britain. You will thus be able to visit the most important cities on the island such as London, Manchester, Glasgow, and Edinburgh. Even if you don’t want to miss Ireland you can catch a ferry from Liverpool to Belfast from where you can catch a train to the capital, Dublin.

It covers Europe from north to south. Begin your journey by visiting Stockholm in Sweden from where you will depart for the capital of Germany, Berlin. Take them from Germany to Vienna, a city in Austria, first passing through Prague, the capital of the Czech Republic, where you can see the most famous medieval clock in the world. Finally, we will go to Milan in Italy, our last destination.

If you want to take a route that passes through Bulgaria and ends in Greece, we recommend taking the interrail route that goes from the capital of Romania, Bucharest, through Sofia, the capital of Bulgaria, where you can visit the Alexander Nevski Cathedral, one of the cathedrals largest of the Orthodox Church worldwide. Finally, you will arrive in Greece, specifically Thessaloniki, the second most important city in Greece, after Athens, its capital and final destination of your route.

Another interesting route is the one that joins Luxembourg, Belgium, and the Netherlands. The trip will depart from the city of Luxembourg, a little touristic place that hides charming places such as the old town with medieval fortifications considered a world heritage site.

From Luxembourg, we will head to Belgium where you can visit Brussels, its capital, with the Grand Place, a very charming place, and get closer to the small towns that are nearby Bruges and Ghent. Finally, our final destination will be Amsterdam where you will be able to get to know this charming capital, known for its canals and a large number of bicycles.

This route departs from Paris, the capital of France, where you can visit the famous Eiffel Tower and walk through Montmartre, to the capital of Austria, Vienna, where you will see the popular Hofburg Palace. Other cities that this route passes through are Amsterdam, Berlin, you cannot miss the German capital, Prague and Budapest, where you can cross the Danube by the chain bridge, the most emblematic place in the city.

Another route to cross Europe from north to south starts from Copenhagen, passing through Berlin, Dresden, and Munich, some of the most beautiful cities in Germany. You can also visit Bern and Lucerne, the most charming cities in Switzerland, and finally arrive in Italy, to visit the city of fashion, Milan, Florence, located in Tuscany, and the capital, Rome.

We will start the trip in Germany specifically in the Black Forest area, a wooded region located in the state of Baden-Württemberg. From the Black Forest, we will depart for Munich, another of the most beautiful cities in Germany. We will then change countries to go to Milan, Italy, before heading to Lyon and finally to Paris, France.

This route gives you the possibility to visit some of the less famous or well-known cities in Europe but which also show great charm. The trip departs from Belgrade, the capital of Serbia, and we will go to Sarajevo, whose attraction lies mainly in the historic center of the city.

Then we will arrive in Zagreb, Croatia, a city where coffee is a great protagonist. Before reaching our final destination, we will make a stop in Bologna, an Italian city, where the oldest university in the world is located.

Another route to travel through northern Europe starts from Oslo, the capital of Norway, passing through Stockholm, Sweden, Helsinki, Finland, and the final destination, Tallinn, the capital of Estonia, considered one of the best-preserved and most beautiful medieval cities. of Europe. This route will allow us to see spectacular landscapes, such as visiting the Norwegian fjords.

This route also allows us to cross Europe from north to south, departing from London and taking a ferry that leaves you on the continent. We start the trip in London, the capital of England, where you can see the most emblematic sites such as the Big Ben clock or the London Eye.

From London, it will depart for Paris, from where we can head to Strasbourg, a city known for its historic center also called “Little France” and considered a World Heritage Site. Before reaching our last destination we will pass through the beautiful city of Bern in Switzerland. Finally, we will arrive in the region of Tuscany in Italy, specifically in the city of Florence.

Read More: 10 Best Treks in the World To Visit