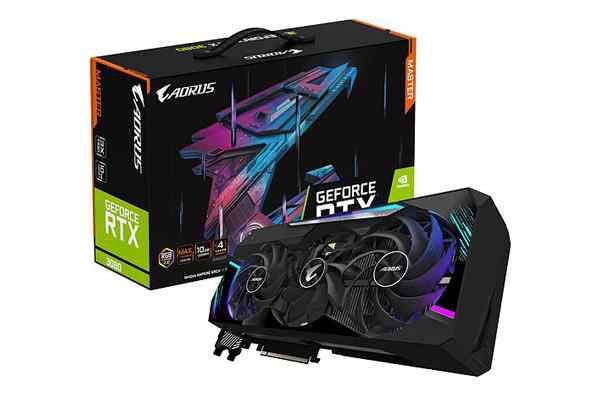 Best NVIDIA GeForce Graphics Cards. Any passionate gamer wishes, one day or another, to make his own gaming PC equipped with the best graphics card. And in this area, NVIDIA stands out as a leader, so the manufacturer deserves a dedicated comparison.

NVIDIA GPUs are generally expensive, we set out to strive for the best value for money within different ranges. We based as much on manufacturers’ data on tests of performance hardware and the returns consumers, we offer a review of both objective and complete.

At the top of NVIDIA’s GPU offerings is the RTX 3080, touting itself as the ultimate graphics card for gaming. With it, the game in 4K with ray tracing, but especially with a fluid framerate, is no longer a distant dream, even on the last headlines. 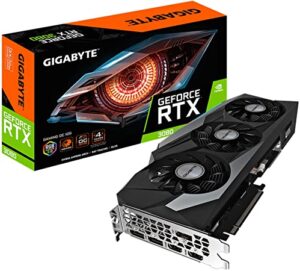 One of NVIDIA’s specialties that achieve this result is DLSS, which provides better image rendering while improving ray-tracing performance at high resolutions. In addition, when speaking of the firm’s technologies, we must not forget the many others who are outdoing themselves thanks to AI algorithms.

If 1440p gaming is what interests you the most, then the NVIDIA RTX 3070 is the perfect graphics card! With its 8 GB of VRAM in GDDR6, it is able to provide titanic power for any task, including of course gaming. In this area, you can easily run demanding games at 1440p, with ray tracing active. 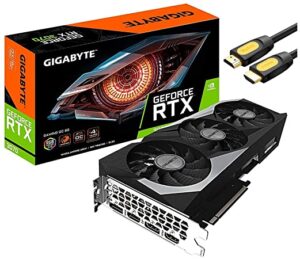 Compared to the RTX 3080, 4K is still of good quality, especially with DLSS which improves graphics rendering and framerate, but the latter can still drop to less than 60 FPS on some games. So, 4K with an RTX 3070 is largely possible, but a bit limited. Don’t forget its excellent introductory price, which is more than half the price of the RTX 2080 Ti, while still being at the same power.

The latest in the RTX 3000 family is the NVIDIA RTX 3060 Ti. This graphics card is perfect if you want to have excellent performance, without putting an inordinate amount of money into this single component. With the 3060 Ti, you can aim for very good performance in games with ray tracing and DLSS at 1440p, and excellent for 1080p. 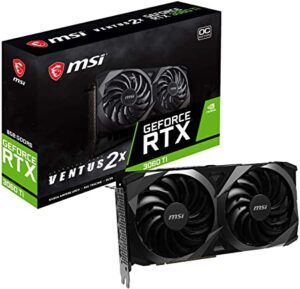 Although we are on the lower end of the RTX 3080, the power of the 3060 Ti should not be underestimated. Equipped with 8 GB of VRAM in GDDR6 like the RTX 3070, it has higher power than the old RTX 2080 Super. Its only downside is the framerate reached on a lot of games in 4K with ray tracing, which hardly exceeds 60 FPS.

Let’s start at the top of the list with NVIDIA’s ultimate card: the RTX 2080 Ti, which performs simply monstrously. Let’s just admire its new Turing architecture, accompanied by a clock frequency boosted to 1635 MHz, taking advantage of factory overclocking. On the memory side, the 11Gb in GDDR6 boosted by 14Gb / s of speed ensures the card to deploy fluidity on the most recent games. 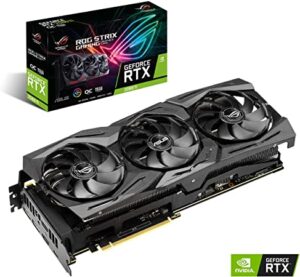 Just watch: in 4K / UHD, nearly 90fps for Star Wars Battlefront II and 60fps for Total Warhammer II, while we blithely exceed 60fps for Assassin’s Creed Origins. Needless to say, performance is exceptional at lower resolutions, with a rating above 160fps for FHD and WQHD, according to Digital Testing.

The performance is also accompanied by ray tracing management – magnificent in 4K – but which will not be obvious either. No, it’s definitely the price that hits you first, although it must be recognized that the ray tracing technology and the construction of a brand new chip are certainly not for nothing. Any passionate gamer cannot remain indifferent!

Also using the Turing architecture, the RTX 2060 has the advantage of being much more accessible than the previous card, even if it obviously does not allow me great performance in 4K. On the other hand, its attractive price, as well as its performance in 1440p, give it real value, leading to stiff competition with the superior and much more expensive model, the RTX 2070. 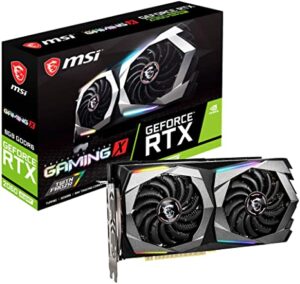 Realize: For max graphics, the GPU deploys 169fps on Star Wars Battlefront II, 94fps on Total War Warhammer II, and even 132fps on The Witcher 3for ultra graphics, according to Numerics calculations. All without the card overheating thanks to the high-performance double fan, although it does not stop working when idle.

Note that at this price, it is interesting to take advantage of Ray Tracing even if, again, the technology is not yet so notable. We did a special article on the different brands offering the RTX 2060, feel free to take a look.

In the series of GeForces, the GTX 1070 boasts great popularity, proud of its 1506 MHz base clock frequency and an 8GB memory for GDDR5. However, with the release of more recent graphics cards, the price of this model remains criticized despite quite honorable performance. 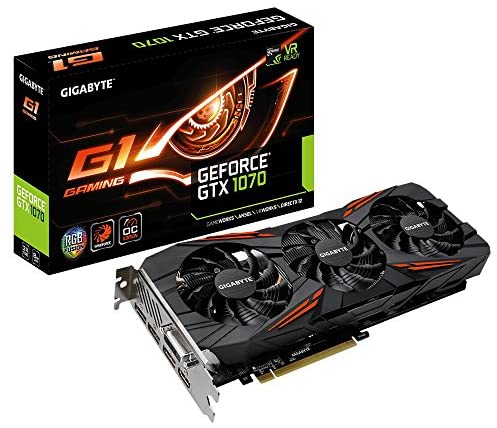 The Pascal architecture is solid and deploys one of the best energy efficiencies of the series, more efficient than the Radeon R7 and R9 equivalents and than the older generations of GeForce Series GPUs, such as the GTX 970, the GTX 980 Ti, or even the GTX Titan X.

In full HD, the GPU allows you to run a maximum of games with ultra graphics, and without drops of frames per second. Thus, while we rub the 144fps for Bioshock Infinite, they rise respectively to 77fps and 100fps for Far Cry 4 and Fallout 4. Once is not customary, however: we may regret that, once again, NVIDIA makes the choice of fans operating permanently, including when the GPU is not requested.

Its clock frequency of 1530MHz brings it closer to other more expensive cards, which makes the GTX 1660 one of the most popular for playing in full HD without a drop in FPS and, to a lesser extent, in WQHD. Thus, in full HD, we see 88fps for Star Wars Battlefront II (61fps in WQHD) and 82fps for Far Cry 5 (57fps in WQHD), two games that are nevertheless greedy in graphic resources. 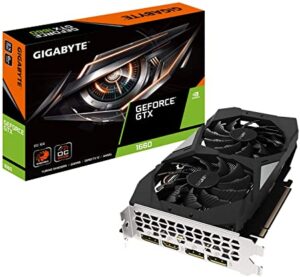 Also, if you want to upgrade the resolution to 1080p with a resolution to 1440p, you will have to decrease the graphics settings of some games so as not to suffer from slowdowns and other jerks. We especially think of anti-aliasing and anti-aliasing, two particularly tasty options.

Let’s finish this ranking with one of the manufacturer’s most accessible models: the GTX 1050 Ti, quite relevant for full HD gaming… but that’s it! Thus, it averages 77fps for Bioshock Infinite, 59fps for Batman Arkham Origins, and around forty frames per second for Rising of Tomb Raider. 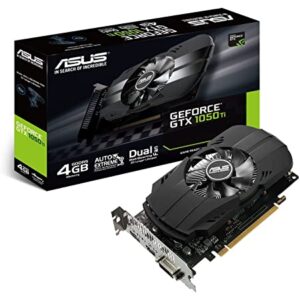 Also, on the most greedy titles like this last, it will be preferable to reduce the quality of the graphics so as not to suffer from lags in the middle of the game. Obviously, due to performance not as high as for the previous models, the fans are very quiet while power consumption is reduced.

Here is an entry-level GPU, serious and reliable, but which may suffer from competition with AMD Radeon at this level of the range, such as the Radeon RX 460 or the RX 470.

Here above we have mentioned the detailed comparison and review of the Top 8 NVIDIA GeForce Graphics Cards that let you play games smoothly with an amazing hassle-free experience.

ABOUT US
Topandtrending.com is one of the fastest-growing websites. Top and trending is your news, entertainment, top 10 best, music, fashion, sports, tech, games, mobile site. We provide you with the latest news from around the world.
Contact us: [email protected]
FOLLOW US
© 2022 Developed with ❤️ by team Top and Trending
MORE STORIES
Graphics Card