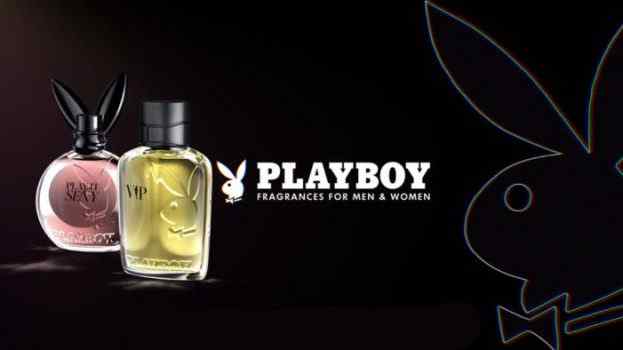 Best Playboy Perfumes for Men in 2021

The Playboy brand for more than fifty years has been present in the minds of the world population because they are more than a simple magazine, they belong to popular culture and where their steps have often been linked to those of fashion such as the case of men’s perfumes. That is why the 7 Best Playboy Perfumes for Men have this as their greatest influence.

It is well known that it was in 2008 when they decided for the first time to launch their first line of men’s perfumes on the market and especially taking into account all the aesthetics of Los Angeles and its great entertainment. You can feel like a Hollywood or music star just by wearing them and there are so many essences that there is no doubt that they cause a sensation.

Being within the Woody Amber olfactory family for Men, Hollywood is considered one of the most acclaimed perfumes of the brand and curiously launched in its first year as a perfume brand. 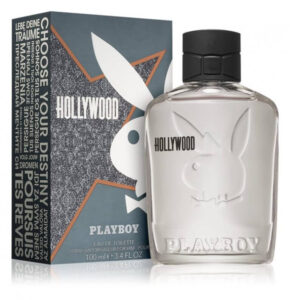 Now, created by Vincent Kuczinski, Hollywood infuses your nose with notes of bergamot, mandarin, thyme, lavender, vanilla, and amber to achieve a perfume with many citrus accords, but also large fresh flowers to prevent its aroma from going away. down a single path.

The season that defines it is summer and it has moderate longevity and a discreet and soft trail. Hollywood is not just any perfume and it is worth much more in special and unique moments.

A cold city like London does not have to be cold in its citizens and Playboy’s London proves it by being in the always strong Aromatic Spicy olfactory family for Men. It was an aroma that saw its light in 2011 and attracted attention by containing many chords that do not resemble this cold city. 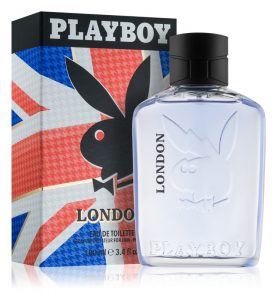 For example, it features notes of mandarin orange, grapefruit, cinnamon, anise, saffron, cognac, and Virginia cedar. This is enough to give you a warm body feels full of sweet and tangy cinnamon. In addition, it has a citrus presence that is not surprising and for this note, it is a perfume indicated for summer.

We also add that it has moderate longevity and a heavy trail, achieving a balance if what you like is to go out with a casual perfume with personality.

If you want to show off all the glamor of a cosmopolitan city like New York you should use Playboy’s vanilla and citrus New York, which is part of the Woody Spicy olfactory family for Men and was launched in 2010, so get ready to be hunted by looks. 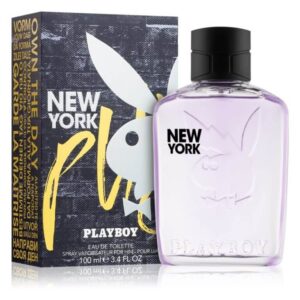 With lemon, green apple, pink pepper, vanilla, and tonka bean, you will have perfume in front of you where everything is debated in three values: sweet, citrus, and fresh, elements that manage to take over autumn with great ease.

If New York stands out for something else, it is for offering short longevity and a moderate trail, symbols of the elegant man. But do not worry that it will be enough to leave your mark for its exquisite and fine aroma.

The Endless Night is an unusual fragrance from any point of view because it looks like something out of the 70s with its festive soul. Created by Juliette Karagueuzoglou, it was launched in 2018 and is part of the Woody Spicy olfactory family for Men. 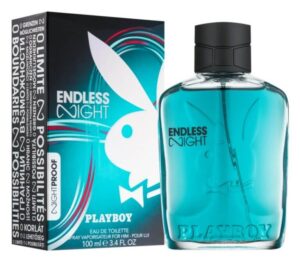 A hallmark of this perfume is its presence as citrusy as it is fresh, and it also has a lot of Caribbean influence. It happens that it includes notes of saffron, lemon, cinnamon, violet leaves, cinnamon, and leather. This perfume is very masculine that has all the best presence in long summers. Its intoxicating notes make it addictive and even formal.

The presence of wood and leather gives it hints of dry and direct perfume where it has moderate longevity and a very heavy trail.

5. King Of The Game by Playboy

Feeling like a winner is not only part of having a mindset that thinks so, but also having a perfume on hand that stimulates your senses such as King Of The Game, a scent that belongs to the Aromatic Spicy olfactory family for Men and launched in 2016. 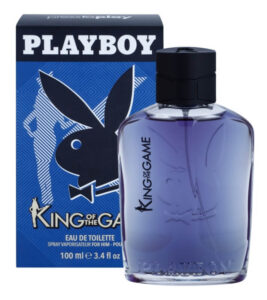 Of this perfume, we highlight its strong overwhelming personality that invites you to always want to be the winner and the center of attention. For that, it has a distribution of notes ranging from cardamom, black pepper, lemon, vanilla, coffee, and Granny Smith apple.

The result of this combination is to have an incredibly fresh aroma and full of fruits where citrus fruits always end up showing, in addition to that sweet called vanilla. With the King Of The Game, you will have your dose of adrenaline in summer and it has long-lasting longevity and a heavy trail.

The party was never more present than when using the Ibiza, which has everything you need for a perfume that is too modern but with the classic composition of almost aphrodisiac aromas. It belongs to the Aromatic olfactory family for Men and was launched in 2009. 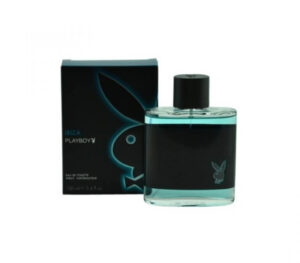 Its most notable notes include kiwi, citrus, red berries, lavender, black tea, and wood. It could not be a fresher perfume where citrus also dominates the scene so that it does not stop being humid and therefore perfect in winter. Some lavender and flower accords are present but in a very small amount.

Its longevity is very long-lasting, in addition to its moderate trail, achieving the long-awaited effect of persistence throughout a night of fun.

Reviewing Berlin it is easy to imagine that it is made for reluctant men of strong convictions. Fully linked to the Aromatic Fruity olfactory family for Men, this perfume created by Lucas Sieuzac and Nathalie Feisthauer has been going strong since 2012 with very manly notes. 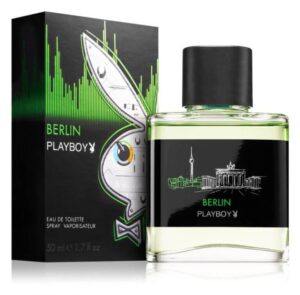 Among these we find the orange, the spices, the sandalwood, and the oakmoss that provide an aroma really linked to the woody as well as citric and fruity, that is why one suffers those who use its aroma of heat. Berlin protects you from the summer with unconditional freshness and also has long-lasting longevity and a moderate trail.

It is also about that typical perfume that does not wait to show its chords since as we mentioned, it has very volatile notes.

It is proven that Playboy perfumes for men are much more than a simple name, and the quality comes out in these scents that generally accompany the summer better given their good amount of citrus. It is a seal of identity that defines them.

These 7 Best Playboy Perfumes for Men in 2021 are those that any man would want to use to achieve presence and a very energetic and even elegant way of seeing life. Don’t leave without using any of these seven presentations and avoid monotony!

8 Best Non-Alcoholic Perfumes for Women in 2021