With the PlayStation 5 finally out, millions of players can now try all the features of the new console from Sony. The console already has several exclusive games that make full use of the updated hardware. We have prepared the list of TOP 10 Best PS5 – PlayStation 5 Games that every gamer should play in 2021.

Many PS5 games became available as soon as the console was launched. There is also a large selection of new products from other manufacturers and hundreds of older games available through backward compatibility. 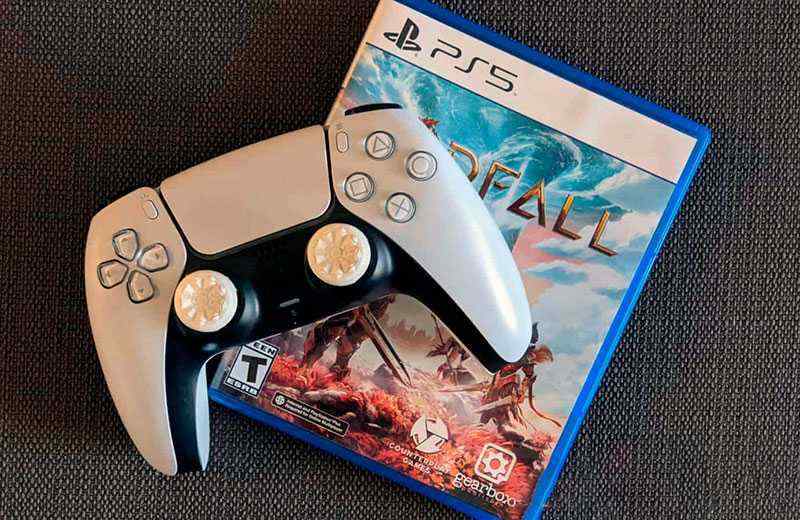 The implementation of ray tracing makes Manhattan as alive and real as you’ve never seen it in virtual reality. Moreover, this does not interfere with high performance. But, even without ray tracing, the graphics are impressive, and the frame rate does not drop below 60 fps.

As for the game, Insomniac managed to keep everything that its fans love this universe for. Miles Morales has become one of the most interesting characters in the entire franchise. He is smart, brave, and wise beyond his years. It will be very interesting to see the development of his relationship with Peter Parker. And let this game become truly cult, you will get a lot of pleasure from it.

Demon’s Souls is a triumphant remake of the legendary game made by Bluepoint Games. It allows a whole generation of new gamers to enjoy an incredible masterpiece. This is a great showcase of the PlayStation 5’s capabilities and one of the best games to come with the launch of the new console.

However, the harsh journey into the kingdom of Boletaria is not for everyone. It turns out to be incredibly difficult at times, and dangers lie in wait at every corner. You will constantly bump into monsters from other worlds who want only one thing – to kill you as quickly as possible.

But, overcoming all the tests is worth it, because Demon’s Souls is one of the best RPGs of recent years. Any gamer is obliged to try it. The remake more than adequately continues the traditions of the original and proudly takes a place next to Dark Souls and Bloodborne. Undoubtedly, this is one of the main games of recent years.

Sackboy: A Big Adventure is the perfect PlayStation 5 game. It’s cute, quirky, and for everyone. Despite its seeming simplicity, it is a well-thought-out platform with a ton of clever ideas. Sackboy has everything you need for a genre, as well as a few unusual solutions.

This is enough to enjoy the gameplay while traveling through the quirky levels. And even now, there is nothing more enjoyable than posing for a photo at the end of each level, with Sackboy sticking out his tongue, trophy in hand. It turns out that the best way for Sony and the next generation of consoles is to bring back a platformer that is reminiscent of the good old days.

Assassin’s Creed Valhalla is the ultimate PlayStation 5 adventure RPG with one of the best hand-to-hand combat systems in Ubisoft history. Unfortunately, stele elements have receded into the background, which is unusual for the Assassin’s Creed series. But epic battles and a well-thought-out RPG system more than makeup for this shortcoming.

Another nice feature is the Game of Thrones-style storylines set in medieval England. With their cunning schemes, unexpected and bloody plot twists, they will delight those who miss the legendary series. Unfortunately, sometimes Valhalla is disappointing with technical problems and gameplay flaws.

If this is not a serious problem for you, you will plunge into one of the best open worlds among last year’s games. Dozens of hours spent in the atmosphere of warlike medieval England will definitely not be boring.

The Mortal Kombat series doesn’t need to be introduced to anyone. It’s hard to find someone who doesn’t know the cool Sub-Zero, the four-armed Goro, or the Scorpion playing with fire. Mortal Kombat 11 Ultimate definitely focuses on brutality, as evidenced by a new set of spectacular, grotesque, meaty combos and endings.

If that’s not enough to keep you on an adventure for hours, the Creators have also taken care of unlocking a large number of new skins and attacks for the characters. All this is part of a fictional campaign, revealing the next chapter of stories in which more and more complex tasks arise.

In other words, 11 Ultimate repeats what is worth repeating and improves on what needs improvement. At the same time, the game also proves that the classics are good without revolution, but with an update.

Call of Duty: Black Ops Cold War is the next installment of the legendary franchise that looks great on PlayStation 5. Yes, the single-player campaign could be better. But the espionage story and revealing the identity of Perseus turns out to be exciting and interesting to the very end. Add in the usual high-quality multiplayer and Zombie mode, and the shooter is excellent.

And also the emergence of a certain “metaverse” of Call of Duty begins to be traced. The series of games in the coming years may develop in a new and unexpected direction. Although I would like, that one day Activision would stop playing on our nostalgic feelings.

Watch Dogs Legion is an immersive open-world adventure that lets you enjoy a dystopian alternative to London on PlayStation 5. The gameplay here is a bit disappointing though. It’s attractive to be able to play as anyone, but the combat system and the principles of recruiting your team lack flexibility.

Besides, the plot seems ambiguous. The game fails to fully decide what it is: a serious look at the consequences of fascism and modern society or an ironic spy thriller. It seems that in terms of the history of Watch Dogs Legion, it is incomplete, so the level of the previous version cannot be reached.

However, driving around London streets in the guise of a grandmother with a cannon is still a lot of fun. It is unlikely that this is what the developers were striving for, perhaps now the franchise will slide into absurdity.

It is unlikely that Dirt 5 can claim to be a demonstration of all the technical capabilities of the new PlayStation 5. But it’s still excellent off-road racing. You will surely enjoy the Arcade, Playgrounds, and Multiplayer modes.

Plus, the PS5 version takes full advantage of Sony’s DualSense gamepad. Feedback is implemented in a way that has not been done on any previous console. If you are going to buy a PlayStation 5, Dirt 5 is a must.

If you’re looking for a game where you can manage an amusement park as a businessman, Planet Coaster: Console Edition is a good choice. You will also get incomparable possibilities from a creative point of view.

The player can not only enjoy the creation and customization of slides or attractions but also observe the reaction of visitors. The level of attention to detail, thoughtfulness of rides and animatronics, have reached a new level among theme park simulators. If you’ve ever wanted to build an amusement park, this game is for you. The PS5 version is great, and in terms of performance, it is practically on par with top-tier computers.

If you enjoy an open world that is a little different from the usual Ubisoft vision, Immortals Fenyx Rising is a colorful adventure worth every minute. We find ourselves on a mythical adventure with an abundance of elements of charm and a sufficient number of our own ideas. It’s a shame the lackluster narrative and archaic approach to the genre are keeping the game from true greatness.

While there are drawbacks mentioned, this is a superbly refreshing take on Greek mythology that’s packed with creativity and impressive combat, addictive puzzle designs, and many lovable characters.

Today, it seems that we have seen every possible game on the PlayStation. However, then something like Astro’s Playroom appears and changes many ideas about existing genres. This is sheer platformer splendor that could be the beginning of the development of the main character and character of Sony in the future.

The Playroom feature is an awesome description of the history of PlayStation. Showcased here in a condensed form is 25 years of the existence of consoles, games, and accessories from Sony. Moreover, everything is shown with a great love for the creators and players who have many pleasant memories associated with these games and consoles.

Disney Plus has more than 70 million subscribers worldwide