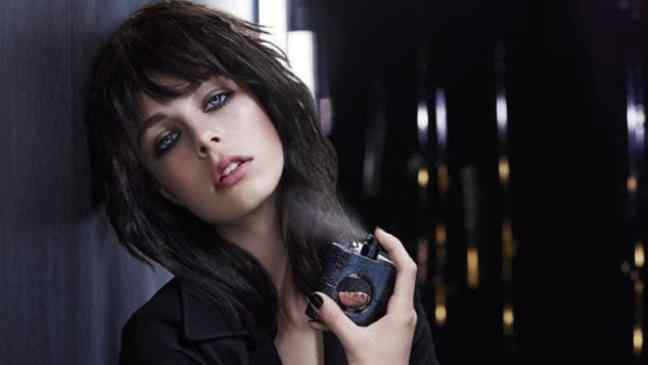 Vanilla is a spice from the orchid botanical family, native to Central America, that has been a star ingredient in perfume making for a long time. It is also important to mention that the vanilla notes of the fragrance will take on a peculiar character according to the associated components. With this in mind, we present to you the 9 Best Vanilla Perfumes For Women.

The reasons for this are quite varied, from the relaxing and antidepressant properties of its aroma, through the balance that it can give to bitter and sharp olfactory notes, to the more excellent durability of the scent thanks to its heavy molecules.

With its red and rounded container, it bears a certain reminiscence of the forbidden fruit, the apple. No wonder this perfume launched on the market in 1998 directly reminds us of Snow White, that sweet girl who, under the temptation of taking a bite of the fruit, falls into a deep sleep under the “hypnotic potion.” 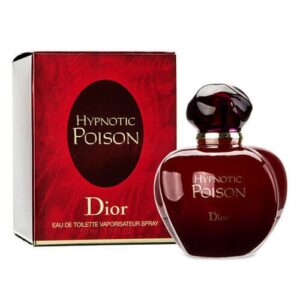 And it is that with some top notes of apricot, coconut, and plum, a floral heart, and its base of vanilla, almond, and woods, this fragrance will make everyone fall in love with its mixture of innocence and sensuality that seems to have just come out of a fairy tale.

Its trail is moderate. However, its longevity is very high. It comes in presentations ranging from 30 to 150 ml and is very versatile and can be used both in office environments and on special occasions. However, it must be taken into account that it could be a bit strong for the first hours of the morning and the hottest days of summer.

This perfume, launched in 2015, directly reminds us of the mythical women of Greco-Roman mythology. Those same ones exercised power over men, in such a way that it was worth losing one’s life or any kingdom to gain their love. 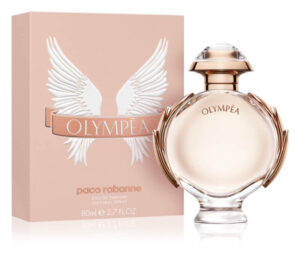 Designed for those modern Helena de Troya, this fragrance will make you the center of attention. Its secret is the combination of a floral-vanilla heart, with slight hints of citrus at the beginning and an amber base that gives it a certain weight that is not excessive.

It is quite long-lived, and its trail ranges from moderate to heavy, so more than one will turn its head as you walk. It also has versatility in terms of its use. However, it can be very intense for the first hours of the day and sweltering climates. That is why it is recommended to use it with caution under these conditions, being more suitable for temperate climates and at night. However, it can also play a charming role in corporate environments.

This unisex perfume, launched in 2005, is versatile, but it is still complicated. Although it is a vanilla fragrance, it does not turn out to be the classic sweet with a tendency to innocence and simplicity. On the contrary, Gaultier 2 refers directly to human sexuality and animality, to the fusion of two bodies into one. Its minimalist bottle reflects the essence of its content quite well, because although it is very sensual and even sexual, it does not seek aphrodisiac paraphernalia, but instead opts for the naturalness of sex and skin in its most primitive state.

It combines amber, musk, and vanilla, with quite masculine outlets, an effeminate heart, and a base where these opposite characters meet again. It has a robust and long-lived trail, quite appropriate for night hours and special occasions since it can be very intense for the first hours of the day and sunny climates.

Warm, spicy, and with a somewhat spicy touch, this is one of the best-selling perfumes around the world. Launched on the market in 2014, it belongs to the Oriental-vanilla olfactory family. It is characterized by top notes of pink pepper, orange blossom, and pear, a heart where coffee is the protagonist, and the base notes of vanilla, cedar, and patchouli. Its trail is quite robust and has a high longevity, making it ideal for night hours and intense and classic women. If you are one of those people who know well what they want from the world, but who are not willing to give up their femininity for that reason, this is the most suitable perfume for you.

At Victoria’s Secret, they understand very well the most contemporary feminine tastes, that’s why they bring this vanilla perfume from the Floral- Fruity gourmand olfactory family that will delight all your senses. 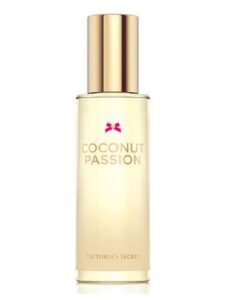 The unique ingredients of its aroma are its coconut leaves, the heart of lilies, and the vanilla base. Being a combination with which you will awaken the most fundamental instincts but from a fresh and carefree perspective. Its character is undoubtedly sweet, but at the same time, it has a touch of freshness that will not only immediately put you in an active mood but will make you irresistible and almost edible for more than one.

It is ideal for any occasion and behaves well in all types of climates, although it can be preferred more for warm environments and not very formal nights out. Its trail and longevity are moderate, which is ideal for daily use and a very wide age range.

This fragrance from the Oriental-Floral olfactory family will transport you to another world. Its ultra-feminine aroma is mainly composed of ingredients such as ylang-ylang, orange, coconut, and peach, in its top notes, a distinctly floral heart, and a base of vanilla, musk, and amber that will set the imagination of many to fly. 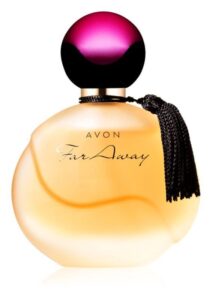 Its container with oval lines and a rounded cap has a black cord tassel that goes perfectly with its classic and seductive feminine character in the Moulin Rouge style. There is one thing for sure; by wearing this perfume, you will inevitably be the center of attraction.

Its wake has character, but it is not very heavy. It has moderate to high durability on the skin, making it ideal for nightwear and special occasions, but it can certainly be intense for daytime and scorching climates.

7. Between Us by One Direction

Vital and fresh femininity is what you will achieve with this fragrance from the Oriental-Floral olfactory family launched in 2015. Its fruity top notes with a touch of nutmeg are combined with a heart of white flowers such as freesia, jasmine, and gardenia and a base of vanilla, patchouli, and amber. 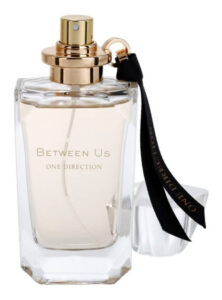 It is ideal for daily use and appropriates for any time of the day, although it can be a bit mild for night hours and more formal events. This is based on the fact that this perfume is mainly aimed at a fairly young audience, so it tends somewhat to the aroma that, although it is light and modern, surprises for having excellent longevity and a trail with character.

Last but not least, we have this floral fragrance launched on the market in 2006. Amour tends to the combination of sweetness, femininity, and freshness that gives the purest and most youthful love. Its design is inspired by Karim Rashid’s sculpture of the Bird in the Brancusi Space, conveying that feeling of beauty that was born to be free. Its top notes of white tea and rice combine deliciously with a floral heart and a vanilla, musky, and woody base.

It has a certain character, but it is not very robust, its scent is moderate, and it has good durability on the skin. Given its characteristics, it is ideal for all types of climates and any season of the year, as well as for a broad age group of users.

This fragrance, launched in 2005, from the Oriental-Floral family, is on this list thanks to its base notes, in which vanilla has great weight, giving it its durability and characteristic sweetness. However, citrus and floral top notes and a heart with special emphasis on white flowers add softness and freshness, thus creating a point of balance that will become an obsession for those who smell it. 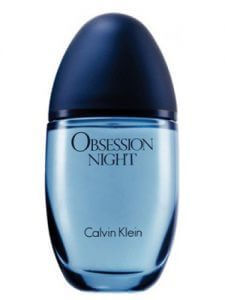 Because all Calvin Klein perfume lines know well how to bring out the sexiest side from the classic and organic, Obsession Night is ideal for people who like scents that are not so defined and relatively light, but without needing to be flat.

Its formula is designed for night use and for those special occasions where you want mystery and femininity to be your hallmark. However, being relatively soft, it can perfectly be used in corporate environments without becoming excessively intense.

The 9 Best Vanilla Perfumes for Women 2022 are an excellent option for those women who love and enjoy the aroma of vanilla. Among popular culture, many aphrodisiacs and even magical-religious properties have been attributed to vanilla.

Still, regardless of the multiple causes that may motivate perfume houses to use vanilla, there is something certain, and that is that it enjoys excellent acceptance. By a wide-ranging audience, so it’s no wonder its popularity.

But in the same way, it is shown that the presence of vanilla can have a wide spectrum in the world of perfumes, it does not necessarily have to be the classic sweetish smell so characteristic of the spice, but depending on the combination, it can be adapted to the different tastes and types of women that exist.