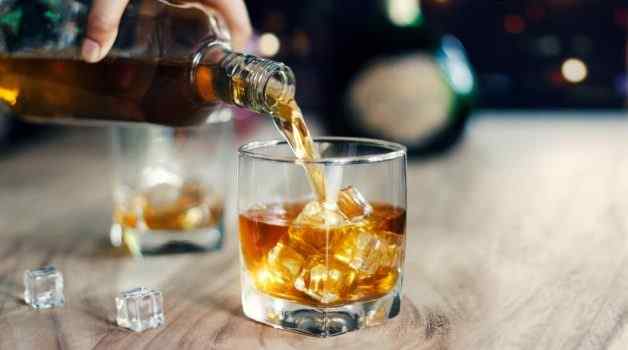 Best Whiskey Perfumes for Men in 2021

Let’s talk about tastes for men who fall in love since they are practically children and that causes a feeling of excitement when they are tried for the first time. We are only mentioning whiskey, one of the best smells in the world for reasons that are often disparate, some for intoxicating, others for addictive, and others for mere manly style.

A drink like this has always had its biggest epicenter in Scotland and that has stood out for maintaining a series of elements such as a pure, strong, and masculine smell, everything that a man likes when he reaches a certain age.

Of course, whiskey does not escape to form part of the perfumery, which for many years have been making aromas where of course this is the one that predominates due to such strength and fierceness, although elegance and a select style have managed to create an environment too valuable to be left out.

We have not been able to do more than compile The 6 Best Perfumes With The Smell of Whiskey, where it is shown that man’s favorite alcoholic beverage is simply whiskey from Scotland, otherwise, it only remains to get drunk in its jaws.

Tom Ford has shown that when it comes to making men’s perfumes with whiskey, they are the kings, and Tobacco Oud is that favorite scent that has to be used first when you want to experience a perfume with this ancient liquor for the first time. Released in 2013, it belongs to the Woody Spicy olfactory family for Men and has as much elegance as a woman loves to get close to you.

The Tobacco Oud is practically composed of whiskey in its main top note plus other companions as if it were really the ready-to-serve drink. Among these, we have cinnamon and coriander in its heart notes and tobacco, wood, cedar, incense, and vanilla within the final base notes. The aroma gives off is as rich as it is strong and has some sweet accords, a product of vanilla.

The best season for using the Tobacco Oud is the winter and has one very durable longevity and a heavy wake and leaves an indelible mark. That is why after its strong initial impact, a very striking perfume hides in the selection of its notes and an exquisite smell of masculinity.

Sport, as well as greatness, are equally united because victory is the path to immortality, this Invictus Intense by Paco Rabanne is the perfume that has best defined this aesthetic. Of the whiskey scents for men, this is one of the most powerful and also the best commercially made, released in 2016 and has not come down from its pedestal since.

The addiction for the triumph is a thing of the Invictus Intense that claims its name and that above all gives you a slightly atypical exit with black pepper, something spicy and that will give your nose a good feeling. In its heart notes, there are whiskey and laurels, a small cocktail with a fast imprint and that starts the addiction by getting drunk, then ends with amber and salt at its base to create a somewhat more relaxed and dry air.

The best season of the Invictus Intense will be the autumn and it appeases those rains that become at this time with its fiery way of living life. Aroma with very long-lasting longevity and a very heavy trail, extremes that will make its use always oriented to the best of the victorious man with the smell of strong whiskey.

Whiskey has always been associated with the expensive, with the imminent luxury of the man who drinks it, and is that the A * Men Pure Malt by Thierry Mugler represents all that a black bottle and with the aroma of whiskey inside. It came out in 2009 and is linked to the Amber Woody for Men olfactory family. This perfume has a full essence typical of classic whiskey.

Inside we can echo an exit with notes of orange and bergamot, heart notes of whiskey, malt, and coffee, and some base notes that close with vanilla and amber. Absolute power, totally from the beginning to the end inspiring of course a revolution within you.

Its fruity aroma with wood and whiskey passages is the most delicious that we have been able to notice in a perfume with whiskey, in addition to that also towards the end you can feel some heat and earth, indicated for winter.

Possessing moderate longevity and a heavy trail, there is no stronger aroma than this in the field of fruity and that combines whiskey with earthy aromas to give it more depth.

Possessing an irresistible charm we have the CH Men Prive by Carolina Herrera, a perfume that demonstrates its value because it is varied, something that is rarely felt in whiskey perfumes so as not to break masculinity. The CH Men Prive has the Leather for Men olfactory family like its own and was launched in 2015 with its huge promotional campaign in between.

We have among its top notes whiskey and grapefruit, and a combination of citrus and liquor that will leave a brave aroma for the summer. It has notes of lavender and sage in its heart so that a fresh but also floral perfume is easily denoted, and it closes with leather and tonka bean to feel very manly and without so much moisture.

It also has a wood sample between its chords and sweet vanilla that is presented so that its use varies a lot. It has moderate longevity and a heavy scent.

Few whiskey perfumes for men are as fresh as Halloween Man X for Halloween, which is a perfume that was launched in 2019 and belongs to the Amber Fougere olfactory family for Men. This perfume stands out because it is really nuanced for the summer and it shows above all in its notes.

At the top, aromas of lemon, lavender, and cardamom are noticed, already nourishing this perfume with an extremely fresh essence plus coffee, whiskey, cinnamon, and leather in its heart notes, at the base the tonka bean and amber culminate strongly a perfume that has many nuances so that the whiskey is not so lonely.

The perfume not only has this, but it is somewhat smoky, stylish, and without being so direct to avoid problems of being too strong for some delicate noses. It contains long-lasting longevity and a moderate trail, it is refined and rarely casual, because so much style cannot be worn simply on a picnic, it is used at night parties and if they are Halloween, even better.

A list of the best whiskey perfumes for men without Jo Malone would not be the right thing to do, especially if we talk about Whiskey & Cedarwood, a perfume that has a lot of enigmas and where it’s the first impression will leave you perplexed with the desire to perceive it more. It was launched in 2017 and belongs to the Woody Amber olfactory family for Men.

One of the aspects that those who use this aroma like the most is that there are very good companions such as cedar, bell pepper, rose, and beeswax around of course the whiskey. This is how its aroma is very, very sweet and strong at the same time, making it clear that its bittersweet aroma is the best we have seen so far in a perfume with whiskey.

This perfume has great durability in its longevity and a trail that is heavy as it could not fit otherwise. The fall is the best season welcomes this perfume and the rest will be a good profit as rain revealing your appointments with the puzzle you’ll be creating.

A whiskey perfume not only has one point to talk about but several that we hope to collect for you in this conclusion. Having elegance is perhaps the one that is observed in the first place while you will be able to see how perfectly chosen clothing will give you the appearance of a first-world man.

These 6 Best Whiskey Perfumes For Men in 2021 will take your breath away, get ready to get drunk. These fragrances also have a lot of masculinity, so much so that at no time do they talk about unisex, everything is for a man who needs a perfume that strong.

Most Beautiful Female K-Pop Idols in 2021