Xiaomi Black Shark is one of the best gaming smartphone brands. Since 2018, 6 models have already been released, so the Chinese company has accumulated a wealth of experience. However, it seems that the devices have reached their peak and it will not be easy to do something better. Is it really so? The new Xiaomi Black Shark 4 vs Black Shark 4 Pro models will help you answer this question.

The name Black Shark has become firmly associated with gaming smartphones. Besides, it was on these smartphones that now popular technologies often debuted. For example, DC Dimming (change the brightness of the screen) or side trigger keys. 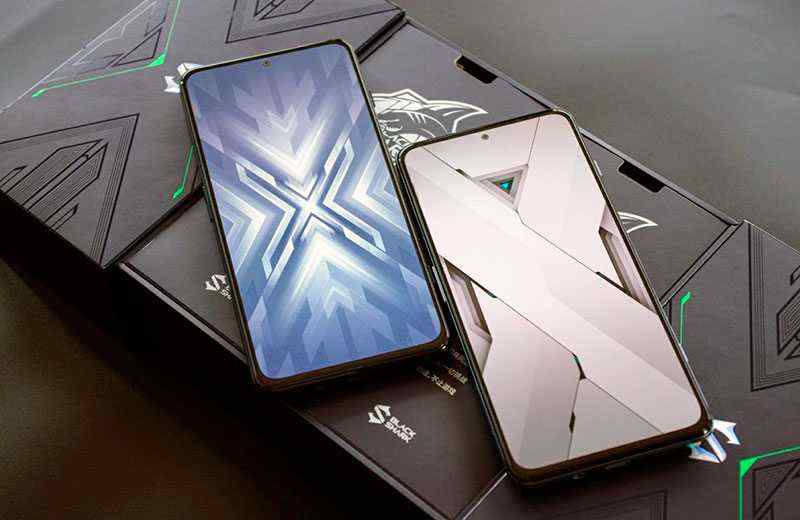 The appearance of Black Shark gaming smartphones has already become recognizable thanks to the bright colored backlighting. Also, all models adhered to the same general style – the X Core. The Black Shark 4 and 4 Pro may surprise you like the style of the new smartphones is completely different. The back cover is now a combination of different materials, and a single curved element is made of glass.

The triangular module of the main cameras turned into a horizontal strip. Moreover, there are no longer symmetrical thick frames at the front, top and bottom. The front camera is now in the usual hole, in the middle. In general, the design has become much more relaxed and similar to conventional smartphones.

The reason for this is simple – gaming phones are used not only for games, including Black Shark models. People always carry a smartphone with them and take it out of their pocket whenever possible, you hardly need a bright backlight and flashy design in everyday situations. Therefore, now Xiaomi Black Shark 4 and Xiaomi Black Shark 4 Pro can be considered as a device for games and everyday use.

The new Black Shark 4 and 4 Pro uses the Samsung E4’s 6.67-inch AMOLED display. It has high color accuracy and a maximum brightness of 1300 nits. There is also a high refresh rate of 144 Hz, while the polling rate of the sensor layer is an incredible 720 Hz. It’s hard to find a better screen for gaming or watching videos than the Black Shark 4 and Black Shark 4 Pro.

Both smartphones also have the highest quality stereo speakers. Suffice it to say that Xiaomi Black Shark 4 Pro now tops DxOMark Audio’s list of phones with the best sound quality. Of course, we still have the option to use the 3.5mm headphone jack. 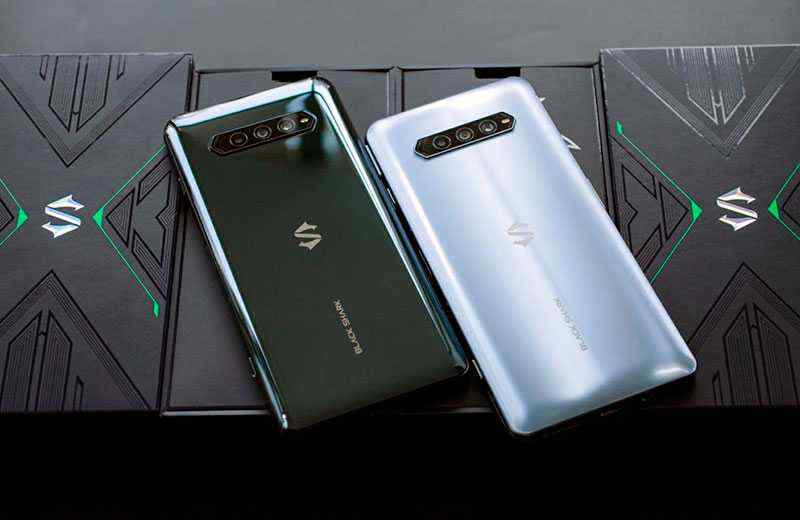 The difference is also that only the Pro version is capable of shooting HDR 10+ video, and the main cameras have different not only resolutions but also focal lengths. The Xiaomi Black Shark 4 Pro has a wider viewing angle and higher ISO levels to reduce noise. The older version not only shoots with an increased ISO but also uses a longer exposure, so the image clarity is clearly better here.

But, the advantages of the Black Shark 4 camera are visible when shooting at close range. This device has a much faster-focusing speed when the sensor focuses better at close range. On the other hand, the high sensitivity of the 4 Pro optics improves low-light photo quality.

As already stated, the Black Shark 4 and 4 Pro are not only gaming smartphones, so they are great for any day-to-day tasks. That is why the JOYUI shell, based on the latest MIUI version 12.5, has been updated and refined.

You will have all the latest features of the popular interface from Xiaomi. For example, the approach to granting permissions has changed, if the application requires access to the camera, you will see a large warning window.

At the same time, JOYUI’s appearance has become more optimized for gamers. Side buttons can now be used not only during games. The rest of the time, they can be used to take screenshots, pay for purchases in the store, take photos, or perform any other designated function. 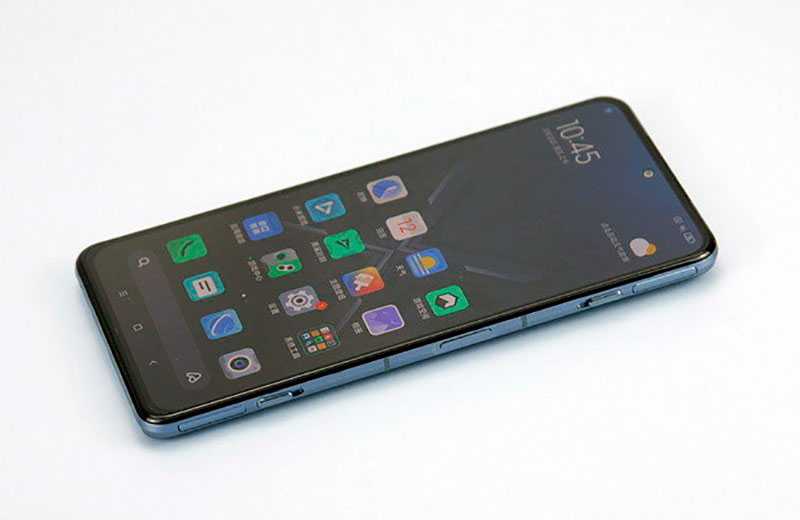 Xiaomi Black Shark 4 and 4 Pro are similar in appearance but differ greatly in their hardware. The standard version runs on the Snapdragon 870 processor, while in the Pro we get the Snapdragon 888.

The Black Shark 4 Pro smartphone is the first to have a dual UFS 3.1 storage combo array + independent SSD. Two types of data storage work in parallel here. That is, it doubles the memory performance, due to the parallel read and writes between the two flash drives.

Since all Black Shark 4s are gaming smartphones, they are also equipped with a powerful cooling system. The liquid-cooled plates are located here on both sides of the mainboard. It is curious that the manufacturer also offers us a protective cover for better heat dissipation, on the contacting part of which a special compound was applied.

In the AnTuTu test, both models show record performance indicators. The internal memory of the Black Shark 4 Pro is especially fast. The process of installing games and applications here is almost instantaneous. At the same time, the incredible power of new smartphones is not limited to just games.

Be that as it may, in the first place, the Black Shark series is intended specifically for mobile gamers. Therefore, the frame rate in any game remains consistently high, be it Original God or Asphalt 9.

The Black Shark 4 Pro is capable of supporting 144Hz without any problems, and even the standard model will not disappoint you in the least. The capabilities of Snapdragon 870 are used to the maximum here, the frequency of the 3.2 GHz “super core” never decreases, which is a rarity. However, there is still a difference between Snapdragon 888 and 870, and the frame rate of the Pro version will be higher.

Both Black Shark 4 smartphones have a convenient “Play Space” that serves as game storage, performance control center, and the ability to turn off all distractions. What’s more, you can customize the sound, controls, and even network speed for each game.

Several handy accessories are also available, such as the Black Shark Frozen Cooling Back Clip 2 Pro cooler, which supports three game modes and synchronized lighting. It is also controlled through the “Playspace”, so you do not have to download a separate application.

All-new Black Shark smartphones have a 4500 mAh battery. But, more importantly, they support 120W ultra-fast charging, and the corresponding adapter is included. Incredibly, full energy recovery here only takes about 15 minutes, which is an amazing result. 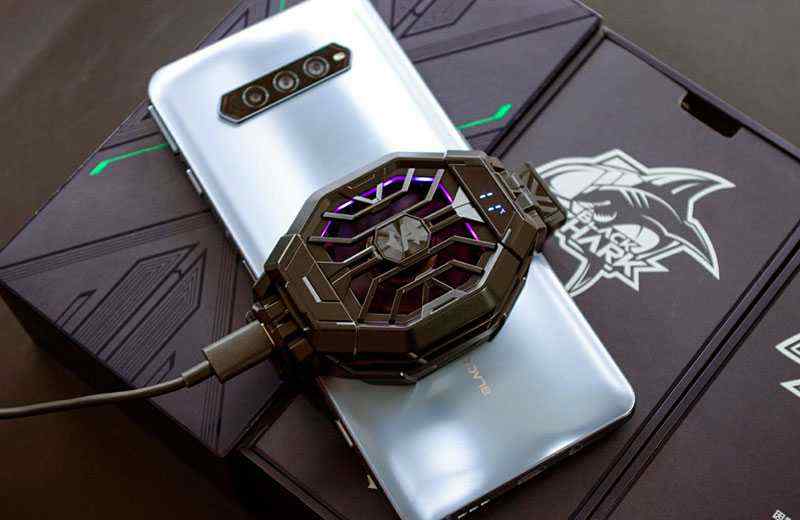 In comparison, it’s a little surprising that the design of the Black Shark 4 vs Black Shark 4 Pro has changed so dramatically. It seemed that such changes could affect performance, but the fears were in vain.

The Black Shark 4 and 4 Pro handle any game flawlessly and are also great for everyday tasks. You no longer have to worry about your smartphone looking too bright or flashy when 120W charging allows you to restore battery power almost instantly.

Realme 8 Vs Realme 8 5G Comparison Which One to Buy

ABOUT US
Topandtrending.com is one of the fastest-growing websites. Top and trending is your news, entertainment, top 10 best, music, fashion, sports, tech, games, mobile site. We provide you with the latest news from around the world.
Contact us: topandtrendingofficial@gmail.com
FOLLOW US
© 2020. Developed with ❤️ by team Top and Trending
MORE STORIES
Compare