Home Health Dizziness and Vertigo: The 6 Main Differences Between Them 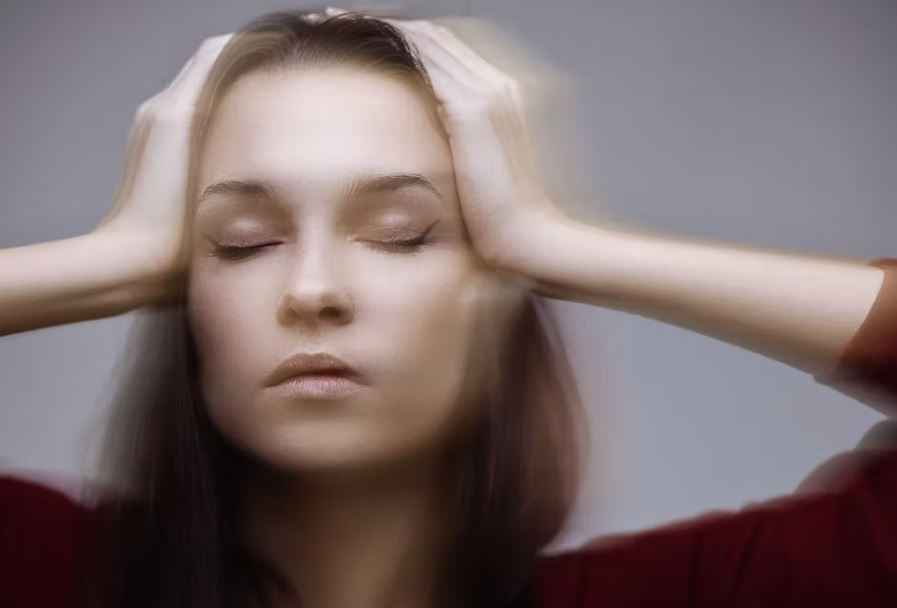 Difference Between Dizziness and Vertigo

Anyone who has experienced episodes of vertigo knows that this disorder has absolutely nothing to do with simple dizziness. Let us analyze the clinical bases of both concepts. Both alterations, both dizziness, and vertigo are related to balance problems and body weakness and, although they can show similar symptoms, it is not possible to use them as synonyms. We must know what characteristics are linked to each one.

We observe differences in the cause, the sensation of vertigo is related to an internal alteration of the organism, while dizziness is related to external conditions. Regarding the symptomatology, the one linked to vertigo shows greater severity. Likewise, when dizziness is considered a milder alteration, it is observed more frequently in the general population and can appear at any age.

Prevention strategies are aimed at knowing the situations or stimuli that trigger the symptoms to avoid them. Finally, there is no treatment to completely reduce the appearance of episodes of vertigo or dizziness, but we can intervene to try to reduce the severity of the symptoms, ensuring that the discomfort is less. In this article, we will talk about dizziness and vertigo citing the main characteristics of each one using the approach to the differences that exist between them.

Dizziness and Vertigo: The 6 Main Differences Between Them

Surely on some occasions, you have felt that your head was spinning, that everything was moving around you, and that it was difficult for you to keep your balance. The sensations of dizziness and vertigo are described as states of discomfort in which the subject is not in his full capacity and shows the difficulty in continuing with his normal life.

Although it may seem that both terms are similar and it is true that they can appear together, they are not synonyms since they respond to different characteristics. Let’s see, then, what traits are related to each alteration to correctly refer to each sensation.

One of the differences between vertigo and dizziness is linked to the causes that generate each alteration. Vertigo places its causes in organic involvement, in the inner ear where the semicircular canals and the utricle and saccule are located, which are the balance receptors, therefore involvement of these structures involves an alteration in balance that is linked to the feeling of vertigo.

It has also been observed that alterations in the brainstem and cerebellum, as well as the nerve connections that link these structures with those of the inner ear, can lead to vertigo. For its part, dizziness is related to a decrease in cerebral irrigation, that is, the blood that reaches the brain is reduced, this generates an immediate sensation of dizziness, which the body itself will gradually compensate for.

The causes behind the decrease in cerebral blood can be different, from excessive heat, low blood pressure, lack of glucose, seeing something that shocks us, or simply sitting up or getting up too quickly. In this way, we see how vertigo is due to internal conditions, linked to organic structures. On the other hand, dizziness tends to be related to behavioral alterations or variables that the subject himself can remedy.

Dizziness, related to the aforementioned causes of dysregulation or imbalance of the internal state, generates in the subject a sensation of loss of stability and imminent fainting, even if it is done appropriately and the pertinent behaviors are carried out, such as drinking a soft drink with sugar, lying down with your legs up or just sitting down and taking a deep breath is usually easy to prevent loss of consciousness and fainting.

Subjects who suffer from vertigo report a sensation of their movement and that of everything around them, without the movement taking place. In addition, the individual may also show other physical symptoms such as difficulty in looking, feeling voices or noises from outside more distant or hearing a continuous beep, loss of balance, and difficulty standing, also related to a feeling of hypotonia or muscle weakness, you may even vomit or have trouble swallowing saliva.

In this way, we realize that the symptoms related to vertigo are more intense and generate greater discomfort, we can observe that when we feel vertigo we can also refer to a feeling of dizziness. Thus, vertigo will be more disabling and will have more repercussions on the functionality of the subject compared to dizziness.

As we have already advanced, vertigo shows greater affection, and more serious symptoms, therefore it is easier to deduce that the duration of the vertigo episodes will be greater and it will show more difficulty in recovery. If we act appropriately, the feeling of dizziness usually lasts seconds or at most lasts a few minutes. The symptoms rarely worsen or affect the subject’s life for a long time.

On the other hand, vertigo presents with longer-lasting episodes, which can last for hours. The greater severity of the symptoms means that the sensation of discomfort takes longer to subside and allows the subject to recover, thus having much more repercussions on the patient’s life and functionality. In this way, it is usual that after the episode, residual symptoms that are not so intense but that do not allow the subject to feel 100% remain for a few days.

As expected and taking into account the difference in the severity of each condition, a different prevalence of each is observed. Dizziness, referred to as an alteration of the punctual state and rapid recovery, can be observed with a high prevalence in the general population, that is, it is easy for all of us to feel dizzy at some point in our lives since it is not so much linked to an organic alteration if not with the way of acting or external variables. As we have already said, we can get dizzy when it is very hot or when we spin around quickly.

Yes, there are indeed subjects who, due to their conditions, for example, low blood pressure, may show a greater risk of dizziness. As well as older people who have a greater tendency to weakness, it is more likely that they can get dizzy.

On the contrary, vertigo, as it is linked to organic, cerebral, and inner ear alterations, will only appear in subjects who have these affectations, reducing the prevalence much more, approximately 3% of the general population suffers episodes of vertigo. Similarly, it is also seen more frequently in females and usually appears during middle adulthood, 40 years, or even later at 60 years.

The strategies that can be useful to prevent each symptom will vary, as it will be easier to prevent dizziness or the negative consequences that it entails, compared to vertigo. Dizziness, as we already know, is due to sudden actions or external situations that destabilize the state of our body, making it difficult for blood to reach the brain. For this reason, the way to prevent it will be simple, it will be enough to pay more attention and be more careful if we know that we tend to get dizzy.

In this way, we will avoid situations that we know cause dizziness or in the case of not being able to avoid them, we can try to reduce their appearance using some strategies. For example, if we get dizzy in the car, we can sit in the front seat or if dizziness appears very easily, we can take a pill for dizziness that the doctor prescribes.

For its part, vertigo shows the greater difficulty in prevention, since it is not linked to an external cause but organic involvement. For this reason, we can pay attention and try to avoid situations in which we have shown symptoms of vertigo, especially situations that can be dangerous if they trigger a sensation of vertigo.

The recommended treatment for each alteration will be according to the symptoms. Neither of them has a treatment that eliminates the probability of its appearance, what will be tried is to make the patient aware so that they avoid behaviors or situations that activate the symptoms and apply interventions as we have already mentioned that help reduces the symptoms.

The high prevalence of dizziness and the mild severity of its symptoms means that the best intervention is to act preventively, with the strategies that we have previously pointed out. Once the first symptoms begin so that they do not go any further, we will carry out behaviors that help our body to regain balance and blood flow to the brain. It is recommended to sit or lie down, not make sudden movements, and breathe slowly, avoiding increasing our anxiety or fear of the situation.

The treatment of vertigo will also be aimed at reducing the symptoms, but in this case, it does require more intervention or at least more medical control than in the case of dizziness since as we know vertigo has organ any caucuses and therefore it will have to be studied if there is a way to intervene the underlying disorder.

Regarding the symptoms, medications can be prescribed to reduce the individual’s discomfort, especially the feeling of nausea and vomiting. Rest is also recommended to achieve a speedy recovery and try to prevent the symptoms from worsening.