Teams invest tons of money in the best All-Star duos because star power helps win NBA championships. Some duos can eat up a large chunk of a team’s budget, and you’ll find out about the most expensive duos in NBA history updated 2019-2020 from our list. 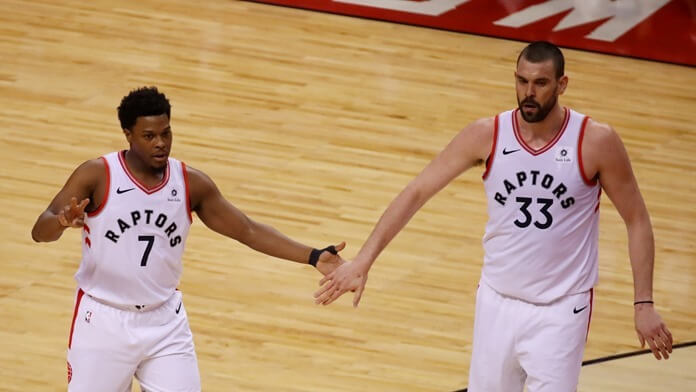 The duo, who plays for the Toronto Raptors National Basketball Association, played at both ends of the court throughout the playoffs. Both Gasol and Lowry became NBA Champions in 2019.

The fact that these basketball players appeared on the NBA’s highest-paid duo list was to be expected as Lowry signed a one-year contract renewal earlier in the year to stay with the Toronto Raptors for at least one more season. 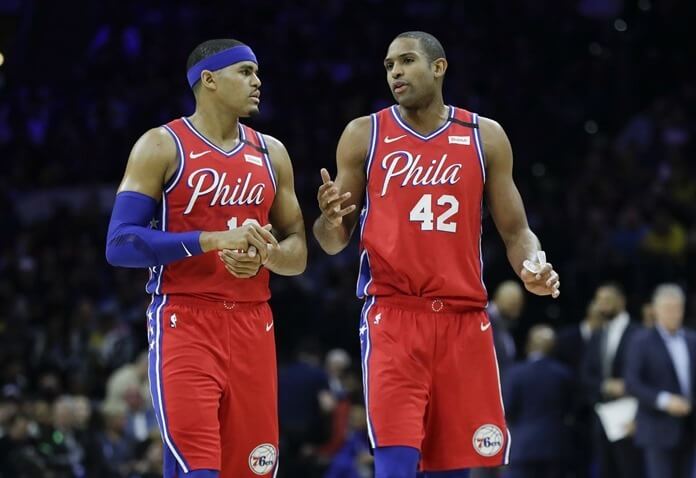 Philadelphia 76ers have already tried to create a super team. But neither Ben Simmons nor Joel Embiid became the highest-paid players. This title belongs to forward Tobias Harris and center Al Horford.

On paper, this doesn’t look very good for Philadelphia, with Harris averaging 19.4 points per game, while Horford is even less than 12 points per game. 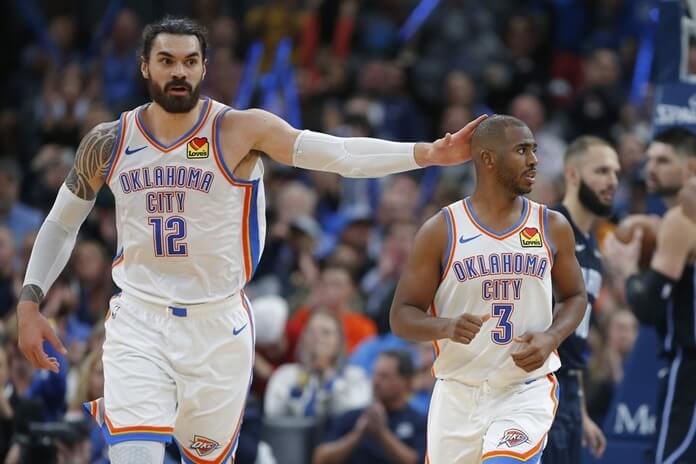 Thunder point guard Chris Paul has one of the biggest contracts in the league, and he teamed up with Stephen Adams places OKC as the 8th richest duo in the NBA.

Last year, 35-year-old Paul moved to Oklahoma from Houston. According to unofficial information, the exchange was initiated due to a conflict with the leader of the Rockets, James Harden. And although Paul is not getting younger, in 2020 he again competed in the All-Star Game.

Adams does not yet have an impressive track record of accomplishments that Paul has, but he was the NBA Rookie of the Year in 2011 and the NBL Champion that same year. Also in 2014, he entered the second NBA rookie team, and most recently, at the end of August 2020, he completed a double-double with 12 points and 14 rebounds. However, Oklahoma still lost to Houston in the fifth quarterfinal match of the NBA Western Conference. 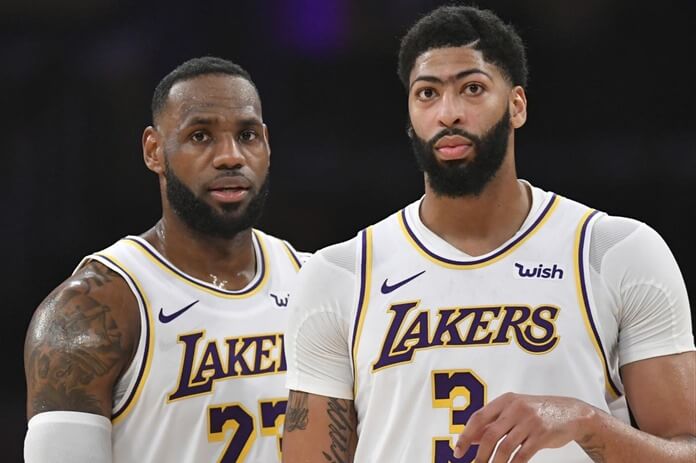 LeBron James is one of the highest-paid celebrities of 2020 and Anthony Davis may be the most talented duo in the NBA and the most prolific at that.

James is now in the 17th season of his career, and in a recent interview, 27-year-old Davis jokingly “pricked” his team-mate, saying that in the 25 years that LeBron has been in the league, he has “seen it all.”

“Fuck you,” James replied, who was sitting next to him. It is known that John Wall has the worst contract in the NBA since he was eliminated from the game due to injury. When Wall was healthy and one of the top 5 point guards in the league, the deal was worth it. But at this moment, “Washington” because of him suffers losses.

The fact that the club has re-signed with Beal for $27 million is beneficial for both sides, as he is one of the top scorers in the league with an average of 30.5 points per game. But Bradley Beale is likely to leave the Washington Wizards soon, so the duo is not likely to last long. 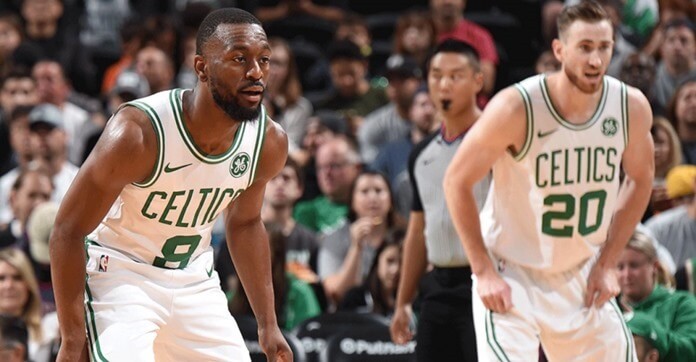 Gordon Hayward is no longer in the All-Star game like he was in 2017, but this is not his fault as he suffered a terrible injury in his first season with the Boston Celtics. Because of her, he missed the 2017/18 season and the subsequent playoffs.

If Hayward manages to become a star again, this duo could become one of the best in the NBA. But right now, Kemba and Hayward are not playing well enough to justify such impressive fees. Leonard and George are some of the best duos in the NBA. They managed to move the Clippers out of the minor teams to the top 2 teams in the Western Conference.

To the delight of fans, the Clippers advanced to the second round of the NBA playoffs, while Kawhi Leonard scored a double-double with 33 points and 14 rebounds. So the duo’s huge salary is justified. The duo of Kevin Durant and Kyrie Irving made Brooklyn a real challenge for the other East Conference teams. And Golden State coach Steve Kerr even called Durant the most talented player he has ever seen.

However, so far Durant has not returned to his MVP form (Most Valuable Player is the most valuable player) after an Achilles tendon injury, and it is difficult to talk about the prospects of the Brooklyn Nets. 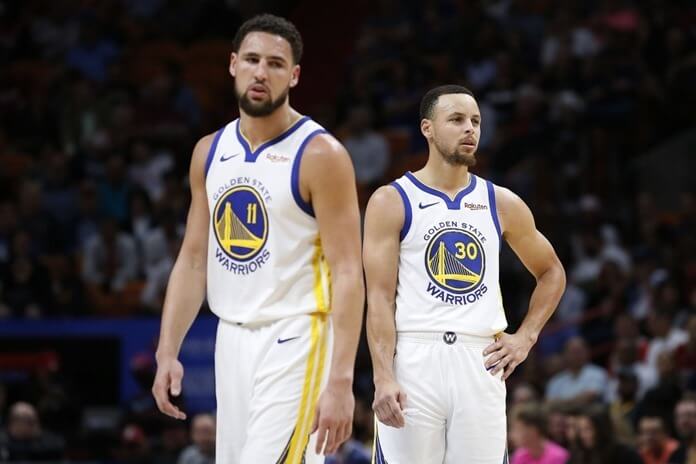 Unsurprisingly, Stephen Curry makes a whopping $ 40 million while Clay comes in second with nearly $ 33 million. Formed by some of the most successful defense players in NBA history, this duo has been at the heart of the Golden State Warriors’ success.

Stephen Curry and Clay Thompson have both played in the NBA All-Star Game and are three-time NBA champions. 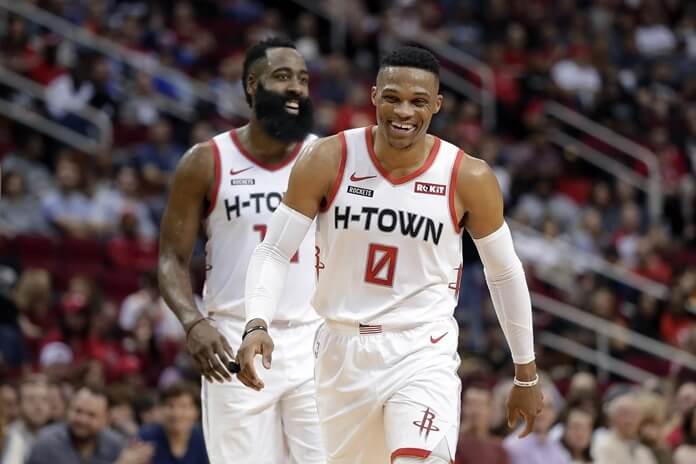 In the first place on the list of the most expensive duos of 2020 in the NBA are the Houston Rockets. They make a total of $ 76.7 million, which is to be expected because each of them is the star of their team.

However, even the stars can bring defeat to their team. As happened with the Houston Rockets in the sixth match of the quarter-finals of the NBA Western Conference with the Oklahoma City Thunder.

NBA Hall of Fame member Allen Iverson blamed Westbrook for the loss, with seven losses during the meeting. But Harden, on the other hand, showed the best performance, on account of his 32 points, 8 rebounds, and 7 assists.

ABOUT US
Topandtrending.com is one of the fastest-growing websites. Top and trending is your news, entertainment, top 10 best, music, fashion, sports, tech, games, mobile site. We provide you with the latest news from around the world.
Contact us: topandtrendingofficial@gmail.com
FOLLOW US
© 2022 Developed with ❤️ by team Top and Trending
MORE STORIES
Sports

5 players who are likely to take the most wickets in...