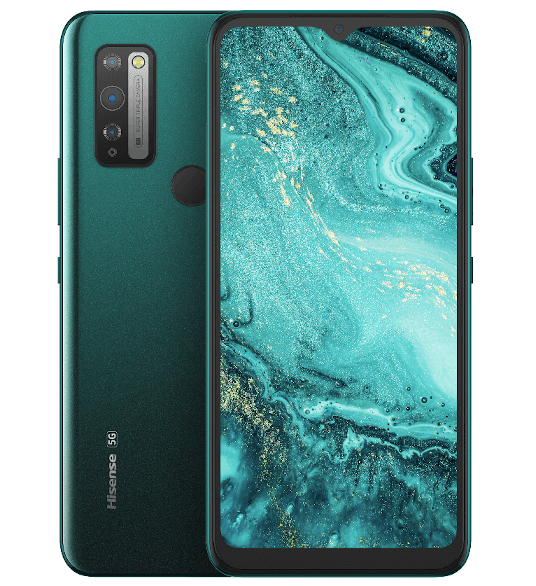 The rear camera has been changed from a 4-eye camera to a 3-eye camera in the low-priced model of Hisense F50. This model features 5G communication support and UNISOC T7510. The connection terminal is USB Type-C, there is an earphone terminal, a liquid cooling system is adopted, and a large capacity battery of 5100 mAh is installed.