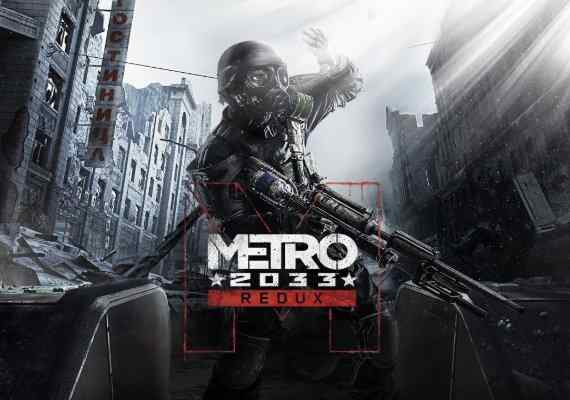 Metro 2033 Redux is Available for Free on Epic Games Store

Another game on Epic Games Store, free to pick up. This time it is Metro Redux 2023 is available free on Epic Games Store which is an ideal position for everyone who likes the post-apocalypse. Epic Games Store returned this year with an offer that convinced many players a year ago. It’s about giving away free games every day for 15 days. Today, a real treat for post-apo fans.

Epic Games Store is Giving Away Games for Free

Epic Games Store became known to many players, unfortunately, quite negatively. All because the platform aimed high from the very beginning, because it wanted to knock their king – Steam off the pedestal. Valve fans were not satisfied with this fact, but it seems the situation has normalized a bit.

A lot of credit for its popularity, EGS owes quite a lot of promotions and giving away games for free. Virtually throughout the year, we regularly got various interesting items there. We could then pick up gems such as GTA V, Just Cause 4 or Kingdom Come: Deliverance.

Now, for 15 days, the offer of free productions changes to EGS. So far, we have been able to assign productions such as Cities: Skylines, Oddworld: New n Tasty, The Long Dark, Defense Grid or Alien: Isolation to the account for free. This time we can pick up Metro 2033 Redux for free.

Metro 2033 – something for a fan of “more dynamic Fallout”

The newest products that we can assign to our Epic Games Store account for free is Metro 2033 Redux. This is a remaster of the game from 4A Games that was originally released in 2010. Compared to the original, textures, animations, artificial intelligence and additional visual effects known from Metro: Last Light have been added.

The game is based on the best-selling book by Dmitry Glukhovsky of the same title. The plot tells about Russia in 2033, many years after the atomic destruction. People took refuge in the subway, divided into different groups, but from the outside, various mutant monsters began to enter.

Suffice it to say that Metro 2033 Redux not only still looks nice, but also tells a really very engaging and immersive story. If you like this product, it’s worth knowing that the creators have also prepared two more parts – Metro: Last Light (also available in the Redux edition) and Metro Exodus.

However, EGS does not surprise with freebies, as the entire list of all items has recently been leaked. The offer changes every 24 hours, every day at 5:00 PM. Below we present the list of productions that will be available in the following days:

And if free games are not enough for you, you can move on to buying other items from the Epic Games Store catalogue, many of which are currently on a Steam Holiday Winter Sale 2020.