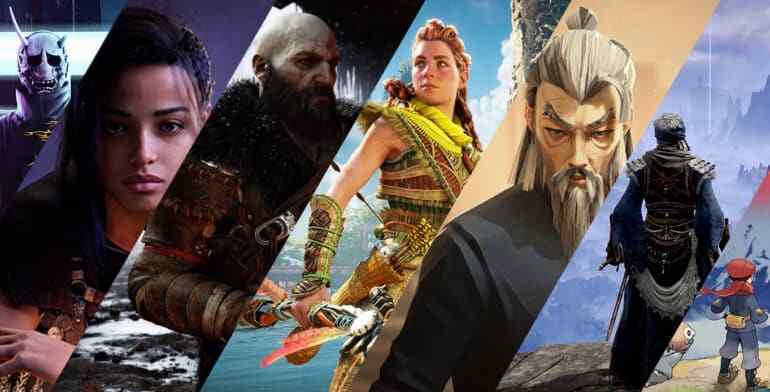 List of the Most Awaited Games Releases, Anticipated Video Games of 2022

2021 hasn’t been the brightest year in terms of video games, to say the least, it’s been downright lackluster. For this, many gamers and specialists are looking for the most anticipated video games of 2022 and we are already there. If the coronavirus and other unforeseen events fail to prevent or slow down releases, this year is set to be historic on PC, Nintendo Switch, PS4/PS5, or even on Xbox one and series.

The Pokémon franchise will take off again with Pokémon Legends Arceus in 2022. The latter will also be one of Nintendo’s flagship game titles this year. This is a role-playing game in which the player is sent to the past to help develop the Pokémon encyclopedia: the Pokédex. It takes place in a 3D universe inspired by Hokkaido and its mountainous landscapes.

The wait won’t belong as Horizon Forbidden West will be released on PS5 and PS4 on February 18, 2022. This installment is the logical continuation of Aloy’s adventures in Horizon Zero Dawn and Frozen Wilds DLC.

Whoever speaks immediately speaks obviously of higher levels. Then expect to go on an adventure in unknown and more hostile areas where more fearsome creatures and enemies live. To face them, new skills will of course be unlocked. It’s up to you to make good use of it to succeed.

When you know From Software and everything the studio has been doing for years, it’s impossible not to be excited when this game comes out. With Dark Souls, Hidetaka Miyazaki and his team have succeeded in establishing themselves in the world of games. video, from Paris to Tokyo.

And if their productions have only been successful lately, Elden Ring should also follow the same path. Published by Bandai Namco Entertainment, Elden Ring is an action-RPG, adventure, and combat video game. It was notably co-written by George RR Martin, the creator of Game of thrones.

Without a doubt, Grand Turismo 7 is the most anticipated car racing game of 2022. After announcements and reports, he is here. A very realistic and very successful game compared to everything that was done before: successful graphics, breathtaking scenery, magnificent cars… We are already in a hurry to take advantage of all the performance of this game with the innovative controller of the PS5, the DualSense.

Were you affected by the events at Chernobyl? Have you been able to follow the moving series Chernobyl? Are you a fan of video games? Then this game is for you. Developed by the Ukrainian studio GSC Game World, STALKER 2: Heart of Chernobyl is a dark survival and shooting game that follows STALKER With this opus, the player is immersed in a post-apocalyptic world, in the very heart of Chernobyl and all its horrors. It is scheduled to be released on PC and Xbox series.

With this game, Studio Bethesda sends us completely into the future. Starfield is indeed a science-fiction role-playing game that takes place more than 300 years from our time. For more realism, Todd Howard claimed that the development team had gone to the premises of SpaceX, the company of Elon Musk.

For the moment, we know very little about the game, but the universe and the style should resemble those of Skyrim. The game will be released on Microsoft Windows and the Xbox series.

Since the success of God of War in 2018, fans of the God of War have not experienced any other opus of the license. It is therefore clear that this game is one of the most anticipated of the year. Admittedly, it has no precise release date yet, but everything suggests that it will be during the month of December 2022.

This is an opportunity to continue the adventures of the duo Kratos and Atreus. The duo will have to travel through the different kingdoms of Norse mythology to defeat enemies and prevent the end of the world. But, it will also be the opportunity to enjoy a good game with excellent graphics. The latter was the dark point of the previous installment of God War.

We hope that it will finally come out, this intriguing game with a beautiful trailer, but of which we still don’t know much. His name also remains mysterious to this day and the name of the hero with strange powers is still unknown. But it all seems understandable. The game that will succeed this intriguing Legend of Zelda is already cult on Nintendo Switch. The publisher, therefore, has every interest in rising to the occasion.

After the film, Harry Potter 20th anniversary: ​​Return to Hogwarts, the young binoculars wizard should still be talked about in 2022. However, it will not be another film or series, but in a video game. Inspired by the books of JK Rowling and the Harry Potter films, Hogwarts Legacy is a free adaptation of the universe of this young wizard. It’s a role-playing game that will allow you to take potions lessons, to venture into the forbidden forest, but also to know the house that suits you at Hogwarts.