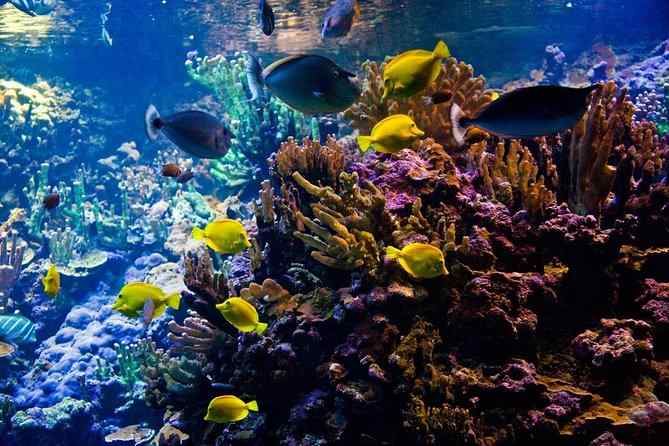 Most Beautiful Coral Reefs Around the World. A reef is a submerged oceanic structure made up of many different polyps. Polyps are small marine invertebrates that are unable to move. These sessile or immobile creatures group with other corals to form colonies and unite to form a reef.

Coral reefs correspond to about 1% of the marine environment, however, it is around this 1% that at least 25% of all marine life is organized. These are important ecosystems, as they are home to an extraordinary variety of marine plants and animals. To give you an idea, one in four marine species live on reefs, including 65% of fish.

10 Most Beautiful Coral Reefs Around the World The Saya de Malha banks in the Indian Ocean are the largest submerged banks in the world. This mountain range connects the Seychelles and Mauritius islands extending to the Mascarene plateau. Along with these coral reefs, the marine habitat includes feeding areas for green turtles and breeding grounds for blue whales. One of the largest coral reefs on the planet, at more than 270 kilometers in length, it is less than two kilometers off the east coast of Andros Island – an hour by plane, followed by a quick boat trip, from Miami, USA. Thanks to complex land ownership legislation that kept the big hotels away from Andros Island, the reef remains largely unexplored.

These Belizean corals are part of the Mesoamerican reef system. The reef stretches from Ambergris Caye in the north to the Sapodilla Cayes in the south. The site is 298 km long, covering an area of ​​962 km². In addition to being protected by the UNESCO World Heritage program. The reef includes a phenomenon called the Blue Hole, which can be seen from space. The Maldives-Chagos-Lakshadweep Atolls are considered to be the largest atoll system in the world and the most extensive coral reef system in the Indian Ocean. The islands that make up the atoll were formed by volcanic eruptions and contain 1,300 islands of low coral. The Lakshadweep Islands themselves are built on top of reefs and covered with coral sand. 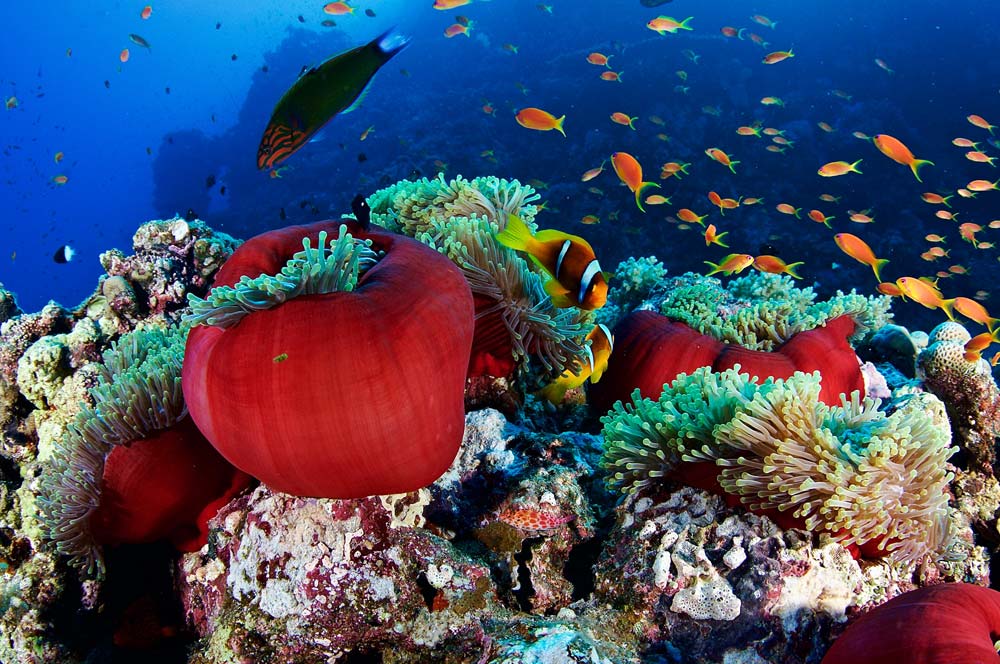 Among the Great Barrier Reefs of New Caledonia in the South Pacific, it is the second-largest reef in the world, covering a length of 1,497 km. There are approximately 1000 different species – some of which have not yet been classified – live inside the reef. It has a depth of about 25 meters. The Mesoamerican Reef’s more than 1,000 kilometers long barrier reef is formed by more than 60 species of corals ―and inhabited by about 350 species of mollusks and more than 500 species of fish. This barrier extends along the coasts of four countries: Mexico, Belize, Guatemala and Honduras. 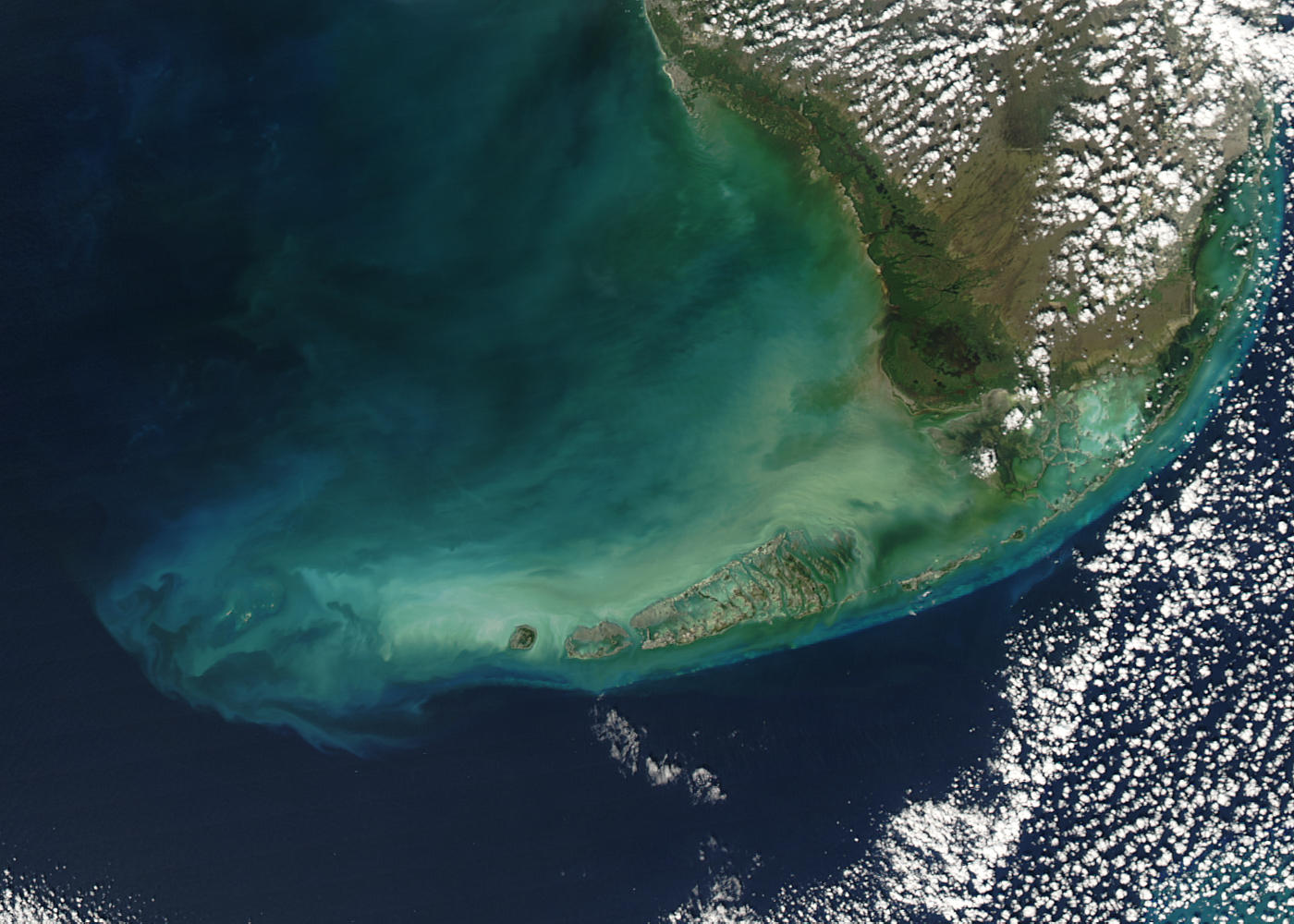 The  Florida Keys Reef system is the only living reef in North America. The reef covers 355 km around the entire southeastern coast of Florida from  Key Biscayne to  Dry Tortugas. The barrier is protected as an underwater state park known as  John Pennekamp Coral Reef State Park , the first of its kind in North America. 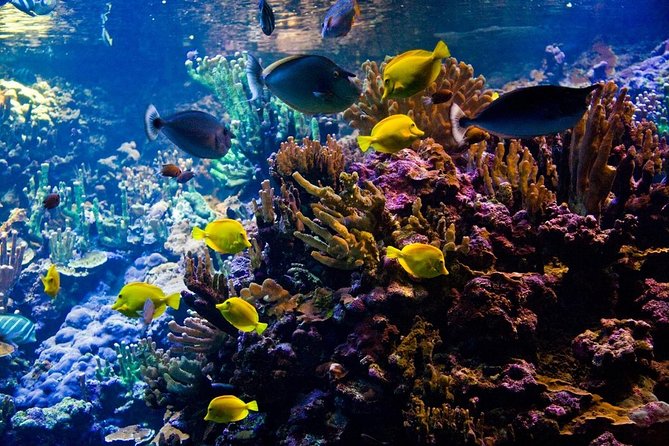 Surfers associate the south coast of Viti Levu Island, the largest in Fiji, with the Frigate Passage, one of the last good surf breaks in the South Pacific. But the coast is also home to the 390 square kilometer Beqa Lagoon, one of the best muck-dive reefs in the world. Divers can search the bottom of the 10-meter-deep soft coral reef for harlequin ghost pipefish and young seahorses, which feed on the nutrient-rich sediments that the Navua River deposits on the shore. 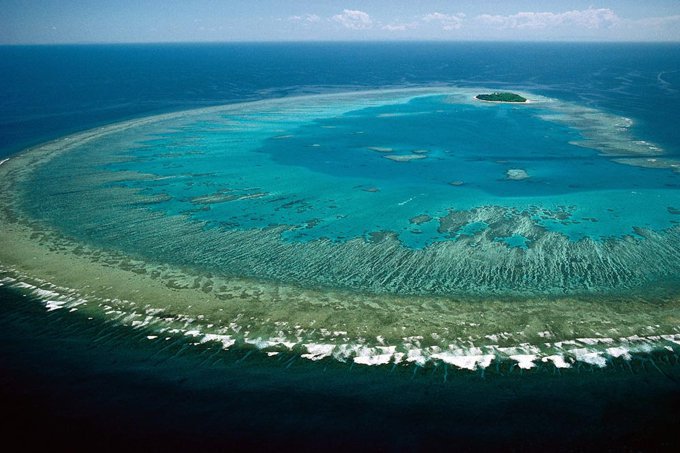 Australia’s Great Barrier Reef is arguably the largest in the world. It is made up of about 2900 reefs, is 2700 km long and is about 700 km wide. Due to its grandeur and the number of species it houses (around three thousand), the Great Barrier Reef in Australia is considered a UNESCO world heritage site and one of the Seven Natural Wonders of the World.

See More: 10 Most Beautiful Fishes in The World