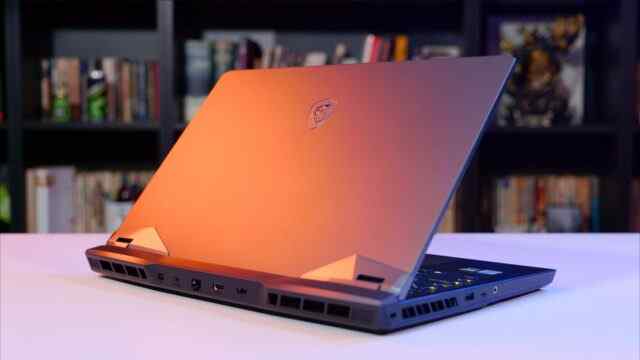 The 17.3″ MSI GE76 Raider (10th Gen) Gaming Laptop comes with NVIDIA GeForce RTX 3080 Graphics Card at a price of $2899 on Amazon. The case used in the MSI GE76 Raider 10UH 2021 Review model laptop is one of the most robust models the company has ever produced.

It’s not just material quality, case design, or previous RGB lighting, it’s also a technically impressive computer. We can say that it is a model that takes care of many issues that laptop users complain about in their safes. The MSI GE76 Raider is among those laptop models with the highest graphics power. Again, Intel’s 8 core, 16GB Thread Core i7 10870H model draws the attention of gaming buddies.

The biggest factor is cooling, followed by engineering and the technologies used. GE76 Raider with Cooler Boost 5 cooling has many different fans and usage profiles, effective and wide-area heat dissipation.

There’s a 99.9 WHr battery, a ton of display output for multi-screen operations, and very fast, very up-to-date connections. It also has Wi-Fi 6, the latest Wi-Fi standard. However, here, too, exaggerate and include the Wi-Fi 6E version and the 6 GHz band.

The GPU is the main contractor on a gaming computer. When examining a model with NVIDIA’s new RTX 3080 graphics card, the performance changes dynamically, especially on the laptop.

Although the 3080 actually targets high FPS at a 1080p 300 Hz panel, most of the games and drivers generally cannot use the full power of cards such as 3080, 3070 at this resolution. This is very high FPS in some games, low GPU, and power consumption in some games.

Many users report that mobile NVIDIA graphics cards do not perform on par with desktop, and they are right about that. Electricity consumption and heat generation have to be lower, so actually, mobile GPUs are designed differently and their targeted performance is to be close enough to the desktop. But on the other hand, to provide some features needed in laptops.

One of the main improvements was the improvement of responsiveness on all 3000 series cards and even older models with driver updates.

Response time improvement in competitive games with NVIDIA Reflex. The other is the two-way transfer of the laptop’s power between Dynamic Boost 2.0 and the CPU / GPU. We prepared a separate video for this DB 2.0 and used another MSI laptop. 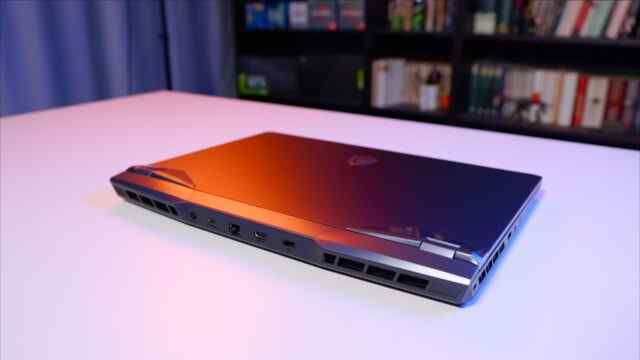 It can be said that the reason everyone especially likes the case model in this laptop is based on thermal values ​​as well as power management. While it gives more power to the processor and graphics card, it can behave comfortably because it has cooling and durability well above the standard requirements.

Especially in the new generation components, the cooling requirement will decrease gradually. MSI has got the job done, so the CPU can go up to high frequencies when needed and stay there for as long as it is programmed.

Especially when it gives additional power to the processor, its performance effect and stability were very good. In summary, it has a higher processor and graphics card performance than an equivalent laptop with the same technical features.

According to our long-term observations, such performance differences can easily find and pass 10 percent of cases between cases. Besides, it is more resistant to long-term wear. This shows that when you look at the condition of the laptop we bought after 4 years, we can be satisfied with your shopping again.

Other advantages include the updated MSI Dragon Center. Here, we can set the GPU system to be hybrid or pure NVIDIA. From the simple but interesting settings found on gaming monitors such as the on-screen crosshairs to light mapping with the Mystic Light and other MSI products, there are many things.

What works best for you is being able to switch the performance mode between the game and the silent. Duet Display is a new feature that we haven’t been able to take time for yet, we left this to the following articles and videos.

Hotkey Lighting feature for predetermined games under Gaming Mode can also be illuminated with an interesting SteelSeries keyboard, key lighting, and macros that can be managed under the SteelSeries Engine, and a ready-to-play profile.

Already the front RGB strip is also controlled via SSE, and it’s really enjoyable. The keys are also solid and very comfortable to use, I am happy with the keys of my very old MSI laptops, but every year, I can say that MSI continues to improve the key quality in its top case models. 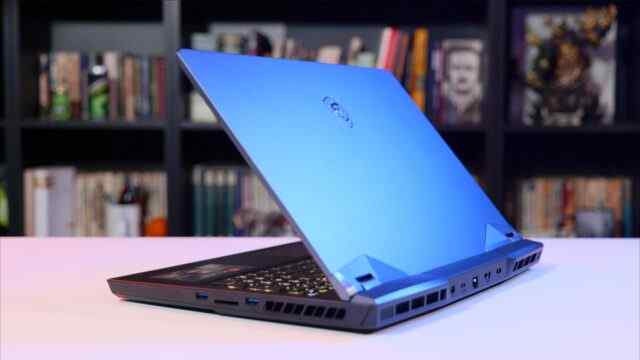 Its speakers are placed facing the user, moreover, it is very powerful and can be adjusted with Nahimic. Previously, we were satisfied with DynAudio speakers, which have the strongest and least distortion in terms of size among laptop cases.

Now a system called Duo Wave Woofer has been adopted. It offers a very clean performance without case resonance or sound cracking. Also, MSI Sound Tune under Dragon Center and Noise Cancellation for speaker and microphone are available.

In performance tests, when the settings are reduced in the BF5, the GPU usage is also reduced, but we do not cut any power from the CPU, as well as assign power to an average of 66 Watt CPU and we can see high frequencies such as 4015 MHz. The frequency may increase even more in business applications or Render.

Unfortunately, we do not see the same performance in every game, for example, Total War: Warhammer 2 is outdated, and interestingly, even at high settings the CPU – GPU usage is low in the Skaven test, we have communicated this and are waiting for driver updates or explanations.

Fortunately, our World of Tanks minimum resolution and settings test proved to us that this is a game-dependent issue. If we can hit 819 FPS in one game, then the issue in the other test is the game/driver. 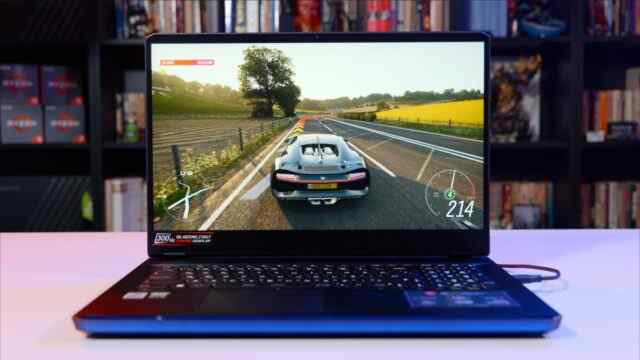 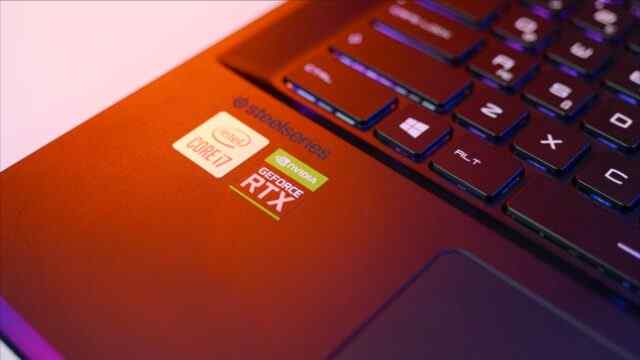 The quality of the GE chassis is much higher than it was a few years ago, and those who remember old GT series reviews can expect similar quality in the 2021 GE series. Technically, it was great that they presented the Discrete GPU, the discrete NVIDIA toggle switch, in Dragon Center.

This is how we were able to use the NVIDIA GeForce Experience desktop screen recording on this laptop. With the integration of technologies such as next-generation Dynamic Boost 2.0, improvements in in-game performance are also successful.

Although it is sold as a player system, you can easily use it for engineering, business, and calculation purposes. It is a very good gaming computer that you can buy without moving to the WS series and Quadros, suitable for teaching, business, and wider use.

We can say that our only component criticism was SSD, we would expect a higher speed or large capacity SSD configuration. There was 1 TB Kingston OM8PCP31024F-AI1 SSD. It specifically points out that it is possible to open the MSI tag and replace the SSD, it does not affect the warranty. In other words, those who want can wear high-capacity or different models.

A laptop that is both powerful on its own and has connections suitable for multi-screen desktop system setups. The 1440p model should also come, especially for the higher GPU usage to fit like a glove.

On the other hand, in the use of 1080p, since the system works without any difficulty and any effort, in the long run, I feel the situation “you wear it over the years”. Of course, if you are going to play or work with multiple screens if you are going to use GPU or CPU-based applications, then you can turn on full power today. The business practices we just mentioned are in a different category.

There are different users, different opinions, and needs. To include different points of view in the result evaluation, we evaluated it from more than one angle. In summary, 3080 is a must for some, and 3060 is enough for some users in a good cause.

RTX 3080 and other features with high-level configuration, quality, robust and long life; Offering equipped with all the features and crowned with a 300 Hz display, the GE76 Raider 10UH model is extremely successful. Especially with its wide range of uses, multi-monitor setup, and system resources to remove them, it can offer countless powerful features for those who do not have a limit on their budget. 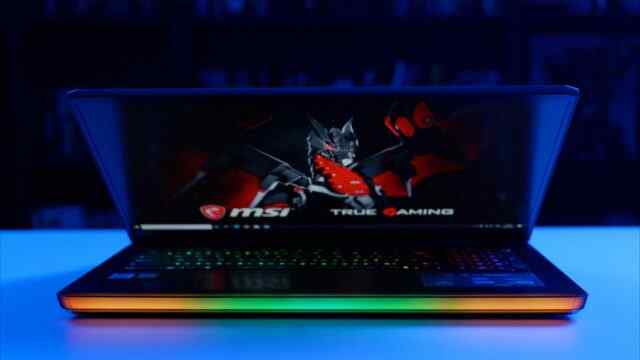 Cons: On the RTX 3080 laptop version, we cannot get extremely high FPS from most games at 1080p, usage is not complete in every game.