Last week OnePlus announced Cyberpunk 2077 Limited Edition Smartwatch that will be officially available from 1st June 2021. As planned, the company officially launched this special version of its first smartwatch in its home country. OnePlus Watch Cyberpunk 2077 Limited Edition is identical to the original OnePlus Watch in terms of specs as it differs only in appearance and price. 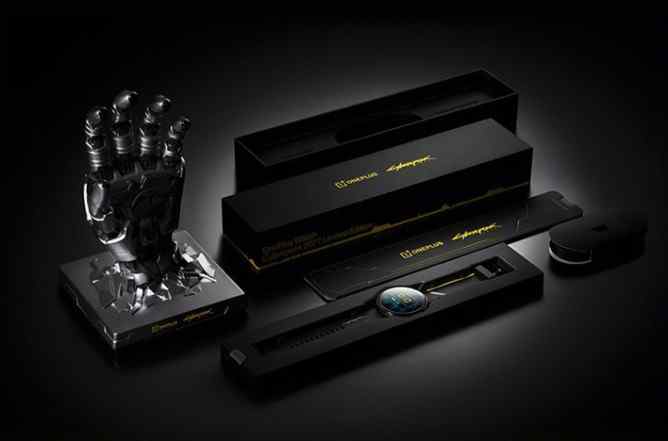 The special edition clock theme is taken from the popular video game Cyberpunk 2077. This wearable device was supposed to be released alongside the similarly themed OnePlus 8T. However, the launch of the smartwatch has been delayed for unknown reasons.

The watch comes with a yellow accent bezel and strap. Moreover, the wearable device has Cyberpunk 2077 based UI, watch faces, and boot animation features. Oddly enough, boot animation is talking about Android. This is quite interesting as the OnePlus Watch runs on a customized RTOS (Real-Time Operating System).

The OnePlus Watch Cyberpunk 2077 Limited Edition price is $202 as it comes with a holder-charger designed in the shape of the hand of ‘Johnny Silverhand’, a popular character played by actor Keanu Reeves in the Cyberpunk 2077 video game.