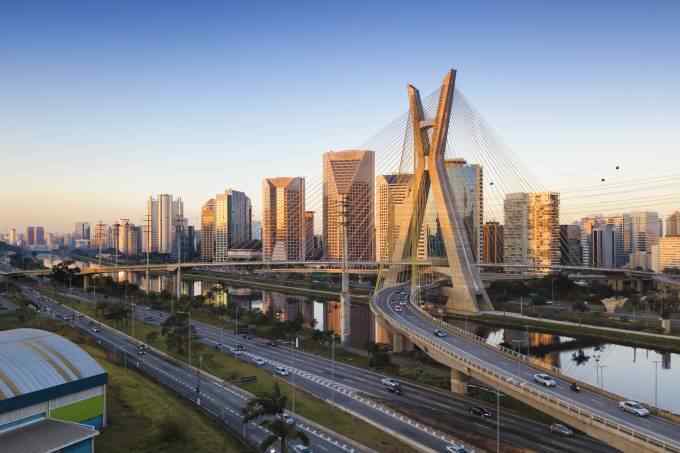 Reasons to Visit the City of Sao Paulo. The city of São Paulo is considered the financial center of Brazil and is among the most populous in the world, with diverse cultural institutions and a rich architectural tradition. Since this Tuesday (25th), the city completes 468 years of history, the Diário do Estado prepared a list of 10 reasons that make the capital of the State of São Paulo one of the most sought after destinations by tourists inside and outside the country. Brazilian territory.

10 Reasons to Visit the City of Sao Paulo

The world of arts and shows is a major attraction in the capital São Paulo. The cultural center of Latin America, São Paulo has 101 museums, 282 movie theaters, 146 libraries, and around 40 cultural centers, in addition to the numerous popular festivals and fairs that take place on its streets. In addition, the city has 182 theaters, and spaces for the assembly of shows of all artistic lines, ranging from the super productions of Broadway musicals to avant-garde theater.

People from dozens of different nationalities live in São Paulo, a city that has a great mix of cultural influences from the most diverse origins. The capital of São Paulo has large communities of Italians, Japanese, Portuguese, Bolivians, and Lebanese, among many other peoples. Neighborhoods like Liberdade and Bixiga show a little of all this diversity.

The capital has rich and diversified gastronomy options. The city has some of the best restaurants in Latin America and the world, among its more than 15,000 restaurants and 20,000 bars. There are national and international options, catering to all budgets. In addition to the cuisine of 52 countries, São Paulo is famous for the food trucks and “gastronomic fairs” that take to the streets of the city.

From electronics to sertanejo, São Paulo’s nightlife is very busy, with several clubs and bars. For this, places like Vila Madalena, Itaim Bibi, Vila Olímpia and the Rua Augusta region are ideal. For those who like to enjoy the night, it is also worth mentioning that the capital of São Paulo is known for its services open 24 hours a day, such as bakeries, snack bars, and even gyms.

São Paulo is the biggest LGBT destination in Brazil and one of the most recognized in the world. The city has one of the largest LGBT Pride Parades on the planet and was named the best gay destination in the world by the international website GayCities.com. It has an infinity of places that are open to diversity, including parties, bars, restaurants, coffee shops, shops, and other establishments.

São Paulo is a perfect city for shopping, no matter the budget. Renowned brands have stores in the city, whether on the elegant Rua Oscar Freire or in a luxury mall. But the city is also known for its popular commerce, especially Rua 25 de Março, Brás and Bom Retiro.

Despite being the largest economic center in Brazil, and a predominantly urban metropolis, São Paulo preserves its areas of contact with nature, where it is possible to practice sports, spend time outdoors and meet different species of animals. Some of these places are the São Paulo Zoo, the Aquarium, the Butantan Institute, and the 111 parks around the city, such as Ibirapuera, Juventude, Água Branca, and Cantareira State Park.

Founded in 1554, São Paulo is one of the oldest cities in Brazil. Its more than 450 years of history appear in various tourist attractions, such as Praça da Sé, Theatro Municipal (stage for the 1922 Modern Art Week), Patio do Collegio (where the city was founded), Farol Santander (Edifício Altino Arantes) and the Independence Park (national historic landmark, where D. Pedro I declared the independence of Brazil).

Almost 50 kilometers from the city center of São Paulo it is possible to find a scenario with lots of green areas, tourist attractions, and experience with nature. At the site, which is at the southern end of the municipality, it is possible to find waterfalls, parks, indigenous villages, ecumenical centers, viewpoints, and even a butterfly garden.

The area that covers the territory of the subprefectures of Parelheiros and Capela do Socorro also includes a part of the Serra do Mar State Park, Brazilian natural heritage, and the two Environmental Protection Areas (APAs) of the city, called the the Bororé-Colônia and Capivari. -Monos that, together, occupy 25% of the municipal territory. Under the name registered as Polo de Ecoturismo de São Paulo, the objective of the municipal administration is to guarantee the preservation of the region and at the same time promote it as a tourist center in a sustainable way.

With more than 50 thousand buildings, São Paulo has an impressive skyline. Some of the most iconic views of the city are those of Avenida Paulista, Vale do Anhangabaú, Parque do Ibirapuera and Ponte Estaiada. São Paulo is also home to incredible architectural works, such as the MASP building, the Copan Building, Estação da Luz, the Ibirapuera Auditorium, the Japan House, and many others.

See More:  5 Reasons Why You Should Visit Shangri-La

How to Choose the Best Moving Company for Your House Move

5 Packing Tips and Tricks for Beginners

Top 5 Places to Visit in Kashmir for a Paradise Honeymoon

Makhshif Ahmed - August 3, 2022 0
Top 5 Batman Villains Ever - Ranked! Since his inception in 1939, the crime-fighting vigilante, Batman, has been quite dear to our hearts. We sympathize...

ABOUT US
Topandtrending.com is one of the fastest-growing websites. Top and trending is your news, entertainment, top 10 best, music, fashion, sports, tech, games, mobile site. We provide you with the latest news from around the world.
Contact us: topandtrendingofficial@gmail.com
FOLLOW US
© 2022 Developed with ❤️ by team Top and Trending
MORE STORIES
Travel