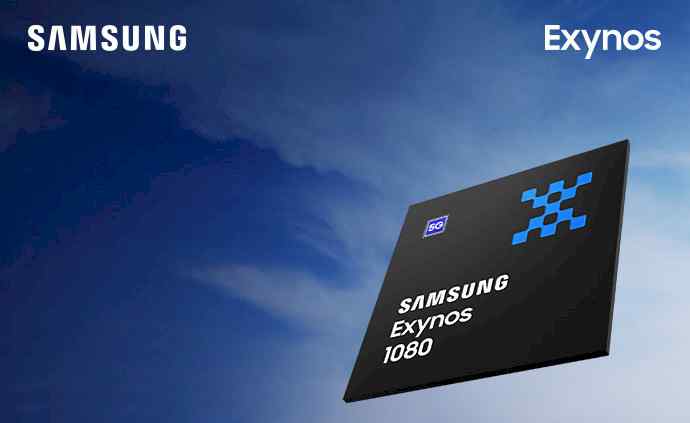 Samsung is going to introduce a new processor that comes under the name of Exynos 1080. The Cortex-A78 processor offers a 20% performance boost over the Cortex-A77 used in the Exynos 980, as well as superior machine learning (ML) performance on the device. The Mali-G78 GPU offers a 25% improvement and a 15% performance density improvement for game content compared to the Mali-G77 GPU. The AnTuTu list that surfaced recently revealed 693,600 points better than the latest processor Snapdragon 865+ of Qualcomm.

It is expected to be the first Samsung chip to use 5nm manufacturing process technology, compared to 8nm for the Exynos 980 and 7nm for the Exynos 990. The processors A14 Bionic of Apple and Kirin 9000 of HUAWEI already using the process 5nm. The Exynos 980 powers the Galaxy A51 5G and A71 5G, so the Exynos 1080 could power the mid-range A-series phones in 2021.

Samsung has confirmed that it will introduce the new Exynos 1080 processor with 5G support on November 12 after confirming its existence last month. The company has already stated that it will have the latest ARM Cortex-A78 processor cores and the Mali-G78 GPU.

What You Should Know About Collision Insurance

What Does the Liability of Car Insurance Consist of?

How Does Workers’ Compensation Insurance Work in the USA?

How Does Unemployment Insurance Work in the USA?

ABOUT US
Topandtrending.com is one of the fastest-growing websites. Top and trending is your news, entertainment, top 10 best, music, fashion, sports, tech, games, mobile site. We provide you with the latest news from around the world.
Contact us: topandtrendingofficial@gmail.com
FOLLOW US
© 2022 Developed with ❤️ by team Top and Trending
MORE STORIES
iOS

Apple is developing its own search engine