Samsung recently launched its flagship Galaxy S21 Ultra, but it’s not the only new smartphone from the company. An entry-level model, the Samsung Galaxy A02s, also appeared on the market, which we are going to review.

The Galaxy A02s is a smartphone that has advantages, although the cost is relatively low approx $149. It is aimed at people who value the most important features. Regardless, the device has a basic midrange kit, although specifications have been greatly simplified in the name of “affordability.”

System & Software: Android 10 with One UI

The Galaxy A02s case looks like a polycrystal, where each substance is separated by straight lines. For an entry-level smartphone, this design is unusual and interesting. There are several colors, among which black and blue look best, although many will like white as well. 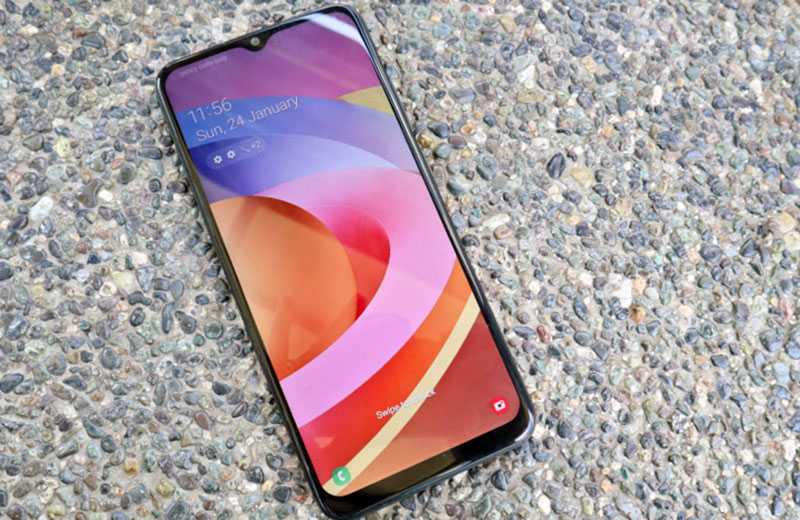 Externally, the Samsung Galaxy A02s is the size of an M31 or A11, not as big, but not small either. The rear panel features a triple-lined camera module that lends a sophisticated look to a less attractive plastic body. This is especially noticeable if you choose the black option.

The front panel with a 6.5-inch display has a teardrop notch for the front camera at the top. The side frames are relatively small, although the chin is noticeably thick. On the right side, there are volume and power/lock keys. On the left side, there is only a SIM card tray, with a separate slot for a microSD memory card. At the top, you will find only a microphone, and at the bottom, there is a charging connector, 3.5 mm, a speaker, and another microphone.

The Samsung Galaxy A02s screen is quite budgetary, it is a 6.5-inch PLS LCD-panel, an analog of Samsung’s IPS-matrices. The display here is the same as on the Galaxy A12 – the same resolution and motion blur effect when scrolling through the pages.

The brightness of the panel is all right, although it will not be very convenient to use the gadget on a sunny day due to reflections. The color temperature tends towards blue when compared to the Galaxy A12, and there is little or no oleophobic coating. 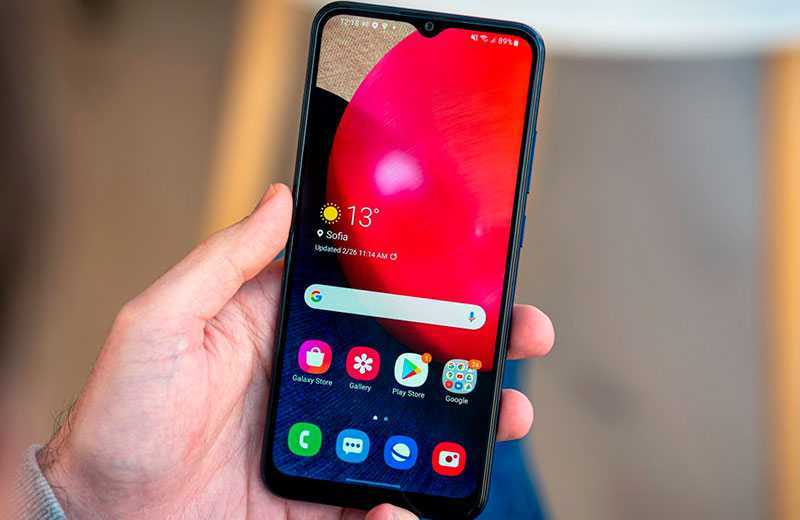 The advantages of the Samsung Galaxy A02s include relatively good cameras and the fact that the module does not protrude above the rear surface. Externally, it is almost the same as on the models of the Galaxy S20 line. Although we get a system of three lenses, only two are used for shooting: the main one is 13MP (f / 2.2) with autofocus and a 2MP (f / 2.4) macro camera, the third sensor is for depth.

During the day, the smartphone can take pictures that are quite decent for its price, and each image has sufficient exposure and contrast to look pleasant. The subject is kept in focus and maintains an acceptable level of sharpness for both the foreground and background. The colors are pleasing to the eye, but only in good lighting conditions.

In the dark, the Galaxy A02s camera performs horribly, the photos appear blurry and overexposed. They are strikingly different from what you can get with decent lighting. But that’s to be expected from a budget phone.

The device can shoot video up to 1080p at 30fps with decent fidelity. It can be shared on social networks, as well as with friends. But, the lack of adequate image stabilization and post-processing makes the content a little “shaky” and less sharp.

These shortcomings are not a barrier to the deal because buyers looking for a phone in this price range are not concerned with such things. Instead, they want a device that takes decent pictures when needed. And for that, the A02s need to feel right at home. 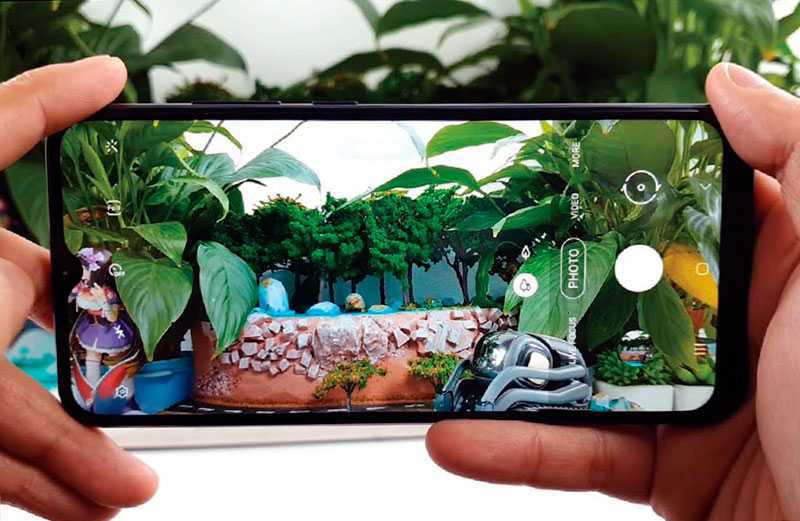 The operating system of the Galaxy A02s is Android 10 with One UI 2.5. We get all the basic features of the interface from Samsung, although it lacks several features like the Edge panel or Samsung Pay like the more expensive models.

Also, the A02s lack a fingerprint scanner and an NFC module, which also affects the functions and options of the system. At least there is a face unlock. 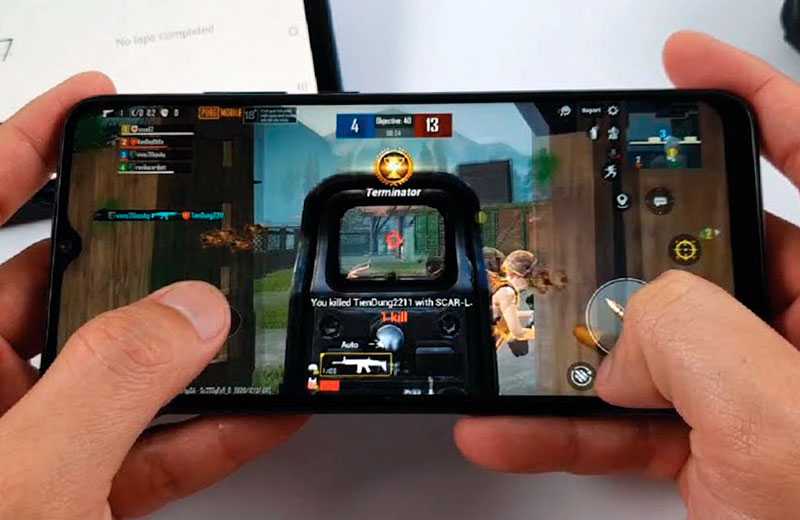 Smartphone Samsung Galaxy A02s is not impressive and iron. It has an old and initial Snapdragon 450 processor with 3/4 GB of RAM and 32GB of internal storage.

Processor performance, to put it mildly, is not the highest. It takes some time between clicks and reactions on the screen, although the version with 4 GB of RAM is faster. The base model Galaxy A02s can only handle simple tasks.

This is confirmed by performance tests. In Geekbench 5, the A02s have just 130 points in single-core and 485 in multi-core. The Sling Shot Extreme OpenGL ES 3.1 graphics test gives a total of 440 points. These are rather weak results.

The Galaxy A02s battery is excellent. Its battery life in the PC Mark test is almost 17 hours, thanks in large part to the 5000 mAh capacity. 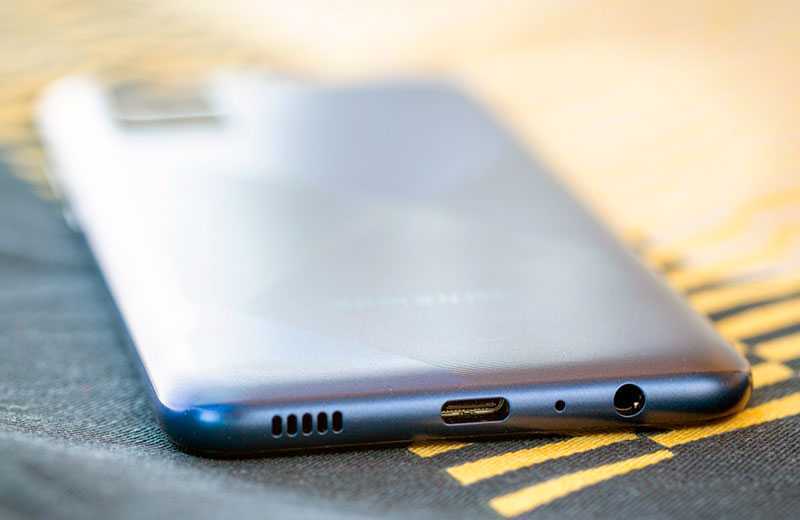 An excellent indicator, you can charge the battery in the morning and forget about the charger until the next day. Even with heavy use, the A02s should provide at least a full day of autonomy.

In addition to this, 15W fast charging technology is supported here, so within about 30 minutes, you will receive from 40 to 50% of the charge. However, Realme and Xiaomi are more generous when it comes to fast energy recharge technology.

Samsung Galaxy A02s costs about $149, and there are more powerful smartphones in this price segment. The irony here is rather weak and is suitable only for the most basic tasks.

But, the gadget has a great design, as well as a user-friendly One UI interface. Another advantage of the Galaxy A02s is its incredibly durable battery, which lasts for 17 hours of battery life, although charging takes more than two hours.

Should you buy it?

If you’re looking for a budget phone that you can simply use for basic tasks, then Samsung’s Galaxy A02s is for you. The target audience will also appreciate the 5000mAh battery. Buy Galaxy A02s on Amazon at $155