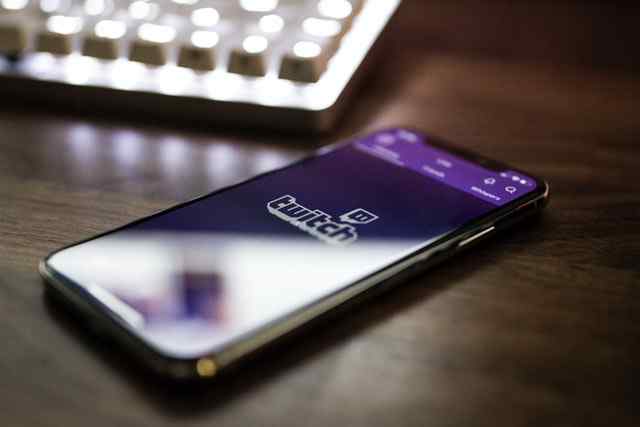 Twitch is an excellent streaming platform and is used by millions of people worldwide as an entertainment source. Not only games, but people also watch other types of streams like home improvement, agriculture, comedy, etc. Compared to youtube, the outreach of twitch is mainly in the US and Europe, but slowly it is gaining some traction in South East Asia too. If you are new to the world of twitch and wish to learn more about how much do Twitch streamers make, read this.

The subscriber count and advertising revenue are inversely proportional to each other. So the more subscribers you have for your channel, the more increased advertisement revenue you can generate. So how do you increase your subscriber count? Excellent question for today; we will talk about that only.

1. Goal-Oriented Streams: You are here to stream and earn some passive income. So focus on that and just that. You are not here to play the game yourself; instead, you are here to play a game and entertain your viewers. So remember that while playing the game and make sure to involve some subscriber action too. For example, you can do subscriber-only streams wherein they can play with you and then engage in light-hearted chats. You could also possibly do some random rants about a game’s features, etc. Also if you have a Microsoft gaming console and want to know more about how to stream in Xbox series x then click here.

2. Be Unique About Yourself: The main idea is to provide something unique that the viewers will not get from anywhere else. And the biggest unique thing that you can do with the stream is you yourself. For example, hundreds of thousands of streamers will play GTA 5 on twitch, but what will make your stream unique is that in your stream, you can chat and make the environment more lively, and if it clicks with the audience, then you are set. This is precisely what reputed, and big streamers do; they, in a sense, create a cult sort of streaming environment wherein their fans get divided according to their likes and preference of the commentary of the stream. carryminati, Sniper, Ghost, etc., all of them have a significant cult fan following, and all of their fans are divided into segments based on their stream content quality.

3. Consistency Is the Key: People love to watch twitch gameplay streams, but then if they don’t find the streams consistent enough, they will drop out. So make sure to stream at least weekly or daily if possible otherwise, whatever traction that you gained will be lost. The key lies in building upon the fan’s happiness quotient and tapping into the potential. Watching your stream makes someone’s day happy, so you need to provide that consistently.

4. Share Some Gaming Tips: People also resort to watching twitch gameplays in order to gain some pro tips in gameplay. There might be some extraordinary game levels that require a certain degree of skills, skills which you could have. Show off these skills and impress your streamers by completing the challenge. It can also add to your motivational score since you are defying the challenge and margins set by others. For example- suppose in the Need for Speed game, a particular challenge exists wherein very few players could complete it. So you could openly claim to try and solve this challenge, and then if you could do it live, that would be tantamount to tremendous traction. Pro-level gaming tips like these make a streamer special among its target audience.

5. Keep Updated With The Latest Games: Some games are timeless classics, while some games are more like in the news sort of. For example- the GTA series is an evergreen, and people still play and watch GTA Sanandreas streams despite it releasing more than 20 years ago in 2003. But the same thing can’t be said for games like Call of duty. If you play Call of duty three, which was also released around the same time as GTA San Andreas, you will get fewer views. So keep that in mind when choosing to play games.

6. Try Eliminating Monotonousness: You see people after a certain point experience fatigue in the gameplay and hence switch to other channels. So to keep those viewers on your channel, try to do a separate game stream on occasional weekends or others. For example- you could dedicate Saturdays to be kid’s days and hence play cartoon type games, Mondays to be action day and hence play action games. Like this, try to eliminate monotonousness by playing different varieties of games.

Ideally, you should keep your gameplay content meaningful and engaging enough for your audience to enjoy and have a happy experience. Follow through these six tips to have a good twitch streaming experience.

See More: How Much Money Can You Make On Twitch

How To Choose The Right Online Trading Platform For Yourself

Credit card Scams: Its Common Types and How to Prevent Them

5 Facial Exercises to Rejuvenate Your Face

What To Do When You Run Into Technology Troubles

ABOUT US
Topandtrending.com is one of the fastest-growing websites. Top and trending is your news, entertainment, top 10 best, music, fashion, sports, tech, games, mobile site. We provide you with the latest news from around the world.
Contact us: [email protected]
FOLLOW US
© 2022 Developed with ❤️ by team Top and Trending
MORE STORIES
Games