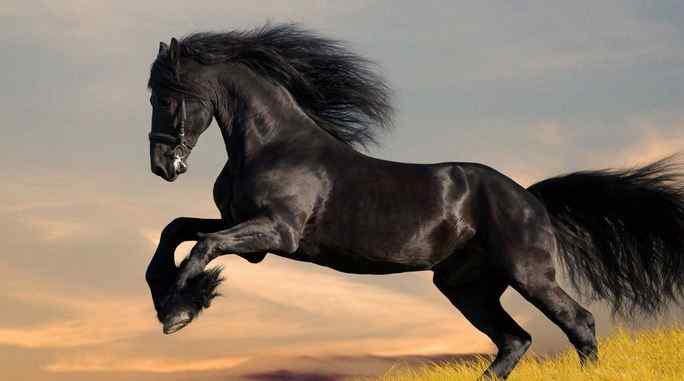 There’s a belief among Horse riders that “No heaven can heaven be if my horse isn’t there to welcome me”. Here are the Top 10 Most Expensive Horse Breeds some of which are very rare to find.

Well, that’s true, Horses have played a very important in the shaping of human civilization since the beginning, and still, we are passionate about these magnificent creatures. We do not just love spending our valuable time on these creatures, but our fortunes as well.

Horse and human relationships are ancient and show no indications that they will disappear anytime soon. We have used animals throughout history to do the hard work of farms, transport, warfare, and entertainment.

But these animals come at a price, which can be from a couple of thousand dollars to perhaps millions. What predicts a horse’s worth?

A combination of many factors such as breeding, performance, age, credibility, capability, location, and even the name of the horse seller or broker may affect the price.

Overall, racehorses are generally the most costly horses in the world.  If a horse is fast – really fast – hundreds, even millions of dollars in prize money can be potentially earned. Often, the pedigree of a horse, particularly the sire of a stallion, has the greatest impact as far as a horse can go to the auction or at a private sale.

As some imaginative legendary creature or magic steed from a fairy tale, Gypsy Vanner Horse appears to have come to life. These horses were perhaps raised to pull caravans, but they also make impressive riding horses.

Vanners are suitable for both beginners and advanced adult riders with their calm nature. Gypsy horses in the United States are very expensive because many do not originate from the United States and but are British, Irish to be exact, and are very common in Great Britain.

Unfortunately, the total number in the United States is very limited, which means we must rely on countries with more Gypsy horses to help us. These horses are costly to purchase for $10,000 and more, so it’s unlikely that you will end up in the rescue of a horse.

Andalusian is a special horse breed from the Iberian Peninsula that has long been linked to Spanish royalty. This horse breed was initially bred as a warhorse and was precious for its nobility.

Physique wise, Andalusians are strong and compact, yet show some elegance, making them the perfect horse for the battlefield. Andalusians are used for bullfights, jumping, dancing, trail riding, dressage.

Its because these horses are sturdy, agile, and graceful, and can be used in almost every equestrian event. These are characteristics that value them greatly. Andalusians cost more than most breeds. With some basic dressage training, an Andalusian horse can cost between 12,000-20,000 dollars.

The Holsteiners were originally bred in a monastery as an old German Warmblood horse. This breed is powerful and elegant, a modern Olympic sports horse with great success. It has a special confirmation designed for the movement of international equestrian athletes, an essential quality.

The Oldenburg is a warmblood horse, formerly from the Grand Duchy of Oldenburg, north-western corner of Lower Saxony. This breed was bred mare base as an all-purpose farm and carriage horses called the Alt-Oldenburger today.

Physique wise, Oldenburger is a large sport horse with great agility and skills for jumping. Unlike restriction to state-owned stud farms, the breeding of Oldenburg horses is distinguished by unrestricted pedigree requirements and the exclusive use of private stallions. At an auction in Oldenburg Horse Center, Vechta, bidders from around the world bought their potential athletic champions by bidding over 2.5 million Euro in total.

Hanoverian is an impressive and energetic horse breed at the same time. This breed is one of the most successful horse breeds in equestrian sports. It is an excellent and high jumper with charming looks and with its graceful movements, it can also fascinate the audience in dressage.

The breed originates the former kingdom of Hannover, northern Germany in Lower Saxony, where a successful horse-breeding industry has existed for 400 years.

Because of its exacting breed standard, a Hanoverian may be expensive, but many riders feel the cost is worth it, as such horses are extremely reliable and good performers. These Hanoverian horses have earned fame especially popular in dressage, as a large number of high-level dressage competitors prefer to be on Hanoverian horses.

Dutch Warmblood is one of the best competitive breeds in the world. This powerful horse is known for being stylish and strong in his traces back to the Netherlands before World War II. Warmblood is often one of the most expensive horses in the world. One reason is that they are not driven until they are four or five years old when properly trained.

To compare this to other horses, some thoroughbreds (when destined for the breed) are driven like older anniversaries and by the end of their third year, most other breeds of horses and ponies are entirely in the saddle. Their physical characteristics match easy temperaments that make them a joy to work with.

The Selle Français has been developed, like most warmblood horse breeds, with various different breeds. Thoroughbreds and Norfolk Trotters were imported by Norman breeders in the 19th century and crossed them with their native stocks.

These native horses of saddles were bred in William the Conqueror era and were selectively cultivated in a warhorse for the required qualities: bravery, hardness, strength, intelligence, and good temperament. Selle Français breed is known for its friendly, gentle, and ready nature that, together with intelligence, makes them fast learners and ideal partners for beginners and professional riders.

Thoroughbred is known for its agility, speed, and spirit as “hot-blooded horses.” Thoroughbreds are used worldwide for jump and flat racing as they are capable of maintaining high speeds over long distances.

It costs huge sums of money not only to buy but to keep a horse of this breed. The maintenance cost accounts for cleaners, trainers and farm managers, transportation costs, and food supply of stable.

Racehorses can be a very long and expensive business. Horses also have a relatively short life (career) of racing. Thoroughbreds are only and only being bred for speed, not stamina nor durability.

The price of the majority of horses worldwide depends on speed, race, and other horse racing abilities. But sometimes the beauty of the horse plays a major role in price determination. Akhal-Teke is a Turkmen horse, which ranked second in the list of most expensive horse breeds titled the world’s most beautiful and costly horse.

Known also as “Heaven’s Horse,” the Horse is so light in color that it seems to shine. The brilliant brightness of their bodies and flowing manes is caused by the unique protein structure in their hair. The montage reflects light from the surface, shining like metal under the sun.

Their shiny blonde coat almost seems alive while they move to make the pages of a fantasy novel look as if they galloped. The hypnotizing allure of Akhal-Teke is unforgettable, although every horse is beautiful in its very way.

Whatever your opinion, Akhal-Teke, with only 3,500 of them, is among the rarest and exotic full-sized horse breed in the world.

Due to their distinctive characteristics, Arabian horses are high in demand.  And it’s one of the rarest breeds of horses in the world which is why it is the Most Expensive Horse Breeds.

Why Arabian Horses are Expensive? Maybe their most exotic thing is that the Arabic Horse is pure Arabic. The Bedouin Arabs, who used to raid villages or trains used and bred these horses.

Once the western world had found the beautiful Arabian horses, they were imported and used for mixing with a variety of breeds.

Today, most horses have some sort of lineage or genes coming from Arab horses. Spectators love to look at the horse’s hairy fur as its color is magnificent. The horse’s tail carriage is high and takes these breeds of horses into account.

Although there is no deficiency of Arabian horses in speed, it is essentially a high endurance horse that is useful in several areas such as endurance racing, polo, etc.