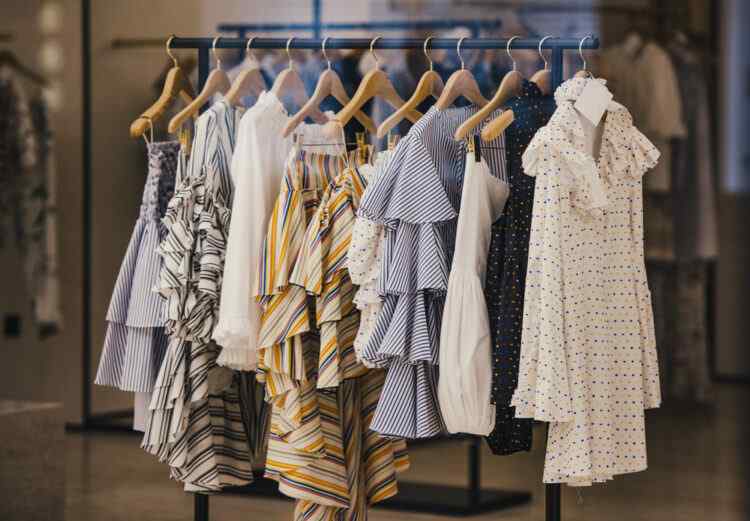 Sweden is a country of fashionable people who mostly prefer natural fabrics to synthetic ones. The country even allows for a casual office dress code, allowing employees to explore all kinds of styles. As a result, many clothing brands compete for market share, but some brands are preferred over others because of how durable, eco-friendly and tasty their products are. Therefore, below is a list of the top ten Swedish clothing brands that you should know about.

According to the Fjällräven site, this clothing brand was born from Ake Nordin’s vision to make nature accessible to more people. Since Nordin grew up in deep forests, he explored nature, and the need to have a backpack that could carry all of his gear led to the birth of Fjällräven.

The first product he made was a backpack with a wooden frame. However, when he launched his clothing brand, he created a backpack with an aluminum frame. Since then, Fjällräven has become the go-to brand for anyone looking for high-quality clothing and gear for the ultimate outdoor experience.

Tretorn’s founding was inspired by the harsh climatic conditions that farmers had to endure in Sweden. Therefore, the company began making galoshes (waterproof shoes made of rubber) in 1891. The designs were so innovative that galoshes quickly became popular, prompting Tretorn to make his first shoes, specifically for tennis players, in 1900.

In 1903, the brand made the first rubber boot for use by farmers, and in 1930 Tretorn produced its first canvas shoes. Clothing has a reputation for making durable products: rain boots won’t leak or crack after years of use. Not surprisingly, in 1915 King Gustav appointed Tretorn to the Swedish royal court.

According to Nordic Perspective, Haglöfs is the largest manufacturer of outdoor equipment in Northern Europe. Its history begins in 1914 when Wiktor Haglöf, a Swedish carpenter, made a small backpack to withstand long journeys and adverse weather conditions.

He used a sewing machine borrowed from a neighbor and sold the backpack to farmers and schoolchildren. It was an instant success that allowed Haglöf’s business to expand and hire employees to help with product distribution. By 1975, the brand included products that met changing customer demands.

In 1896, Johannes Nilsson began weaving linen and cotton fabrics and selling them in shops in Gothenburg. In 1910, he switched to small-scale weaving, and in 1943, Nilsson’s son took over and named the factory Nilssons Trikafabrik.

After the second world war, the business began to import machines from Germany to facilitate production and focused on knitting different products such as mittens, socks, sweaters and hats. However, since the 1970s, beanies have been the mainstream product thanks to Ingemar Stenmark, a Swedish skier who took beanies to an international level through the “Stenmark cap”.

This clothing brand is quite new compared to the rest as it is only 16 years old. She evolved from a collaboration of three sisters: Kristina Tjäder, Sofia Wallenstam and Karin Söderlind. The brothers wanted to carry on the legacy of her late grandmother, Dagmar, who was a model and tailor.

Daniel Mand told Men’s Fashion Magazine that his clothing brand aims to make clothes that transcend the seasons. He added that the clothes go well with whatever else you have in your wardrobe.

With such a mission, it’s no wonder that Elvine is on the list of the best Swedish clothing brands you should know about. Mand founded the company in 2001 and named it after his grandmother, who was a seamstress.

The history of Hestra began in 1936 when Mats Magnusson, a farmer, moved to Hestra and began making gloves for lumberjacks in the area. When a ski slope was built nearby, skiers began to visit the area and Magnusson took the opportunity to make gloves for them.

The entrepreneur’s sons also became skiers, and when they took over the family business, their goal was to make gloves for skiers. Production has expanded and Hestra sells more than two million gloves a year in more than 30 countries. The brand has subsidiaries in the United States, Germany and Norway.

Tierra dates back to 1983 when Anders saw that there was a good business in the manufacture of outdoor clothing. His notable achievement was when the clothing brand made clothes for a Mount Everest expedition in 1991, but he lacked experience in the field. The success of that challenge encouraged Tierra to continue advancing, believing that nothing was impossible.

In 2002, he had made clothes for an expedition to the North Pole. The name of the clothing brand comes from the three climatic zones of the Andes, South America. Their connection to the mountains led Tierra to make clothes that can last for a long time no matter what the weather in the Scandinavian region is.

Roland Hjort founded Whyred in 1998 with business partners Jonas Clason and Lena Patriksson. According to an interview with Refinery29, Hjort worked as a lead designer on the contemporary menswear range at H&M. He then moved to London in 1994 to work as a designer for an Italian brand. Hjort revealed that his clothes are made with functionality in mind and vowed never to imitate any other brand.

Anton Sandqvist was a civil engineer who got tired of the monotony of his job. He bought an industrial sewing machine hoping to tap into his creative side of him in a quest to challenge himself. In 2004, he created a bag that would meet his needs after not finding one on the market.

It took him 30 hours to finish making the bag, and once it was done, everyone wanted to know where he bought it. Sandqvist started out making 100 bags and after 18 months, he had 15 retailers across the country. In 2010, he quit his job to focus on his business. Today, Bag Label is known for its durable bags and backpacks.

See More: How to Produce Your Brand’s Athletic Apparel