Home Health 10 Types of Jealousy and How They Affect Us 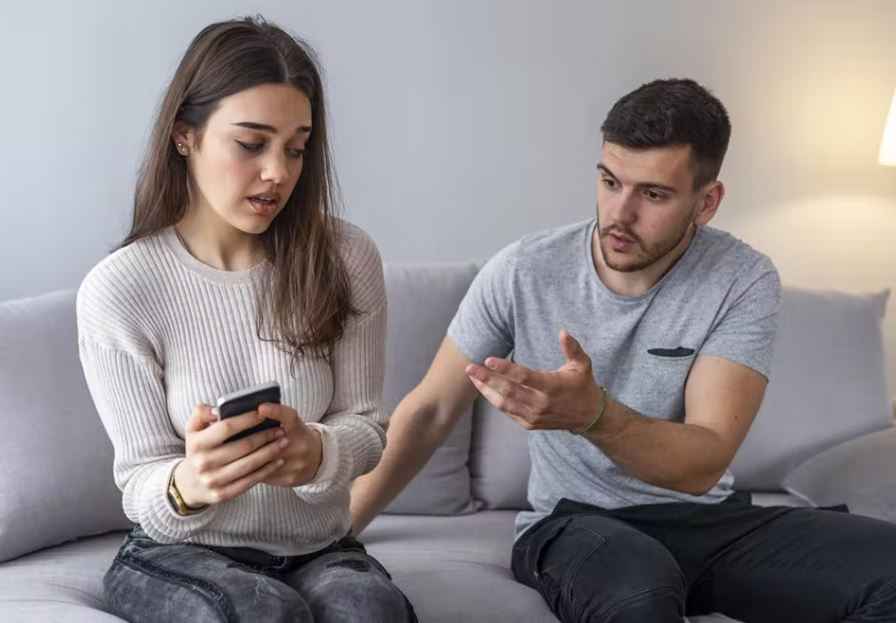 Jealousy is a mental state with negative feelings that emerge from the well-founded or unfounded fear of losing someone or something. They can be expressed in many different ways. There are different types of jealousy depending on the way they are expressed or the degree of justification and pathology they show. Thus, the intention is not to avoid or deny the appearance of jealousy.

Since we will see that acting in this way ends up leading to pathological behavior, be aware of its presence and work to favor its decrease. Thus helping the recovery of our well-being and the correct development of the relationship. In this article, we will talk about jealousy, how this behavior or state is defined and what are the different types that exist.

Jealousy is negative feelings that appear in the fear of losing someone or something. Despite being able to arise naturally, we cannot consider them positive or functional since not controlling them produces discomfort.

We understand jealousy as a mental state that arises from insecurity and the possibility of losing something or someone that we consider as our own. That is, we observe a possessive conception of belonging to something and fear that someone will take it away from us or the individual decides to go with another person. In this way, we consider it a negative emotional state that generates discomfort in the subject who shows it.

Likewise, we can value jealousy as a natural response that all people can present. Although, as we have said, its presence will never be functional since it is linked to a lack of security, low self-esteem, and the presence of selfish traits.

Such is the alteration related to jealousy that sometimes can lead to seriously pathological behaviors such as delusions, the subject lives obsessed with the infidelity of his partner, denying any other type of explanation or alternative, and having an intense impact on his day today. day.

What kinds of jealousy exist?

Now that we know the general definition of jealousy, it will be easier for us to understand what kinds of jealousy exist, differentiating between different categories according to the main characteristics of each one.

10 Types of Jealousy and How They Affect Us

The area where jealousy is most present or at least the first thing we think of when we are told about jealousy is that of a couple, that of romantic relationships. The conception of the other as someone who belongs to us and the fear of being able to lose it can generate negative emotions in us that affect our state. Depending on the intensity of these emotions, we can assess the degree of pathology or dysfunction of these emotions.

In this case, what is dysfunctional or pathological is not due to showing this type of thoughts, which usually arise unintentionally, but rather letting ourselves be carried away by them and projecting our beliefs onto our partner, that is, beginning to interpret normal behaviors of the other as possible actions of treason. Jealousy ends up damaging the couple, affecting both the subject who shows it and his partner.

When we talk about retrospection we refer to past times, in this case, retrospective jealousy will be shown about the couple’s past. The jealous individual feels insecure, worried, and obsessed with his partner’s past, especially about the ex-partners he had.

This type of thinking makes it difficult and prevents the couple from moving forward, that is, the present is impeded by the past and insecurity does not allow the foundations of trust to be established to develop a healthy relationship. We must be aware that everyone has a past, some experiences, that we cannot change. We must therefore accept this condition and start a new joint history without letting past events affect us.

As we have said, jealousy arises in an uncontrolled way, being the subject himself who decides to give them more or less importance. Thus, we will also observe jealousy in children, showing this population group more difficulty in reflecting and deciding to downplay jealousy. Childhood jealousy is often due to the parent-child relationship.

One of the children may feel jealous of her brother as they perceive more attention from their parents towards the other. It will therefore be the job of the parents to observe behaviors that indicate the presence of jealousy, these can be shown as a greater demand for attention, greater irritability, worse relationship with the brother… To be able to act, make sure to treat their children equally and express and help their children to be aware of this equality.

We refer to projective jealousy when the subject who shows jealousy identifies and discovers it in his partner, in other words, the jealous individual affirms that the one who feels jealousy is his partner and not him. This projecting mechanism can function as a form of protection against the inconceivable idea of ​​accepting being jealous.

As we have mentioned, jealousy can be linked to a lack of security and low self-esteem, for this reason accepting that we feel jealousy means recognizing our weakness. This type of jealousy occurs more frequently in couple relationships, being more or less pathological depending on the intensity and repercussions it has on the members of the relationship.

Exaggerated jealousy is pathological, since, as the name indicates, it is shown in an exaggerated and increased way. The subject presents untrue beliefs that he tries to justify by inventing lies and referring to events that never happened.

It is curious to see how the subject himself can end up believing his lie and even the pathological behavior that he shows can lead to the occurrence and confirmation of his fear. Given the continuous insistence on infidelity and the constant expression of lies, as expected, it will affect and break the couple.

Possessive jealousy is also displayed more frequently in romantic relationships. The jealous person feels that her partner is hers, that she belongs to him/her, and that it is with him/her that she must share all her time. For this reason, we observe behaviors of social isolation, the jealous subject tries to separate his partner from any person, especially from individuals who may be possible suitors, with whom it is possible to be unfaithful.

This position and separation from the rest of the subjects are one of the characteristic behaviors of abusers, who perceive their partner as something of theirs that belongs to them and they can do with them what they want. It is for this reason, that at any sign of this type of jealousy if they start causing problems when we meet friends or they do not let us do anything alone, the alarms should go off and flee from this type of relationship as soon as possible.

As we said, the level of pathology linked to jealousy will depend on the intensity or frequency with which it is shown. In this way, if they occur promptly and the subject can control them and make them decrease, we will consider that they are not so dysfunctional, thus causing less discomfort.

This type of jealousy usually appears in the face of changes in the environment, thus, it arises from the fear that novelty produces and not knowing what can happen. Not knowing can generate insecurity, we must be aware of this and not fall into the trap of trying to confirm or seek behaviors that justify our jealousy.

Hidden jealousy is another type of pathological jealousy were the subjects try to hide their jealousy, insecurities, undervaluing, and trying to be above their partner, as superior beings. This behavior is frequently linked to narcissistic subjects who try to camouflage their low self-esteem by placing themselves above others, leaving their partner as someone inferior.

As we saw what happened in the projection, the subjects do not accept being able to feel jealousy and prefer to place the jealousy in the other person or show him as someone inferior for whom it is impossible for them to feel jealous or worried about losing him. As expected, this behavior will seriously affect the relationship and the mental health of both the partner and the jealous subject.

We will consider reactive jealousy when it is shown before the confirmation of infidelity or before behaviors that do justify the suspicion of infidelity. When we are aware of infidelity, although we can forgive it, trust is damaged, and thus our alertness increases, reacting and worrying about any behavior of our partner. We interpret all actions negatively as an indicator of infidelity.

In this way, jealousy is justified, being natural for it to appear, but as we have already pointed out, it does not mean that it is functional since it will also create discomfort in the individual who suffers it, making it very difficult for the relationship to develop properly.

Pathological jealousy occurs with greater prevalence in couple relationships and is shown from the beginning, without there being any reason to justify it. The subject believes that his partner is constantly unfaithful to him, acting in a toxic way, blaming the partner for all his actions, and controlling all his behavior.

This type of jealousy is usually linked to delusional thoughts, also called Othello syndrome or jealousy, the subject believes unconditionally, without any doubt, that his partner is unfaithful.

What Is Civil Liability Insurance and How Does It Work

Personal Loans in Miami: Everything You Need to Know

How to Buy Bitcoin with a Credit Card?