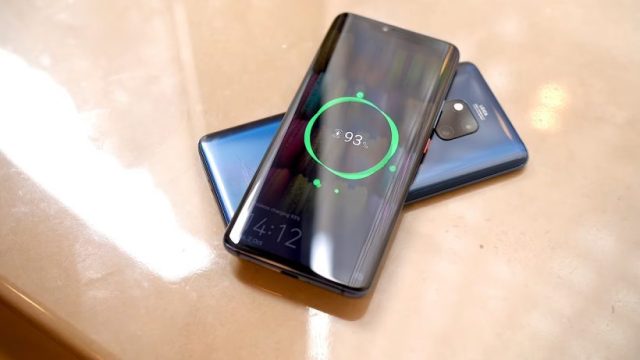 While it was considered a “gimmick” feature a short time ago, wireless charging is gaining ground. It is certainly still less efficient than wired charging, but the power difference is less obvious than in previous years. In this article, we will also talk about what is wireless charging and reverse charging and how they work.

What is Wireless Charging

Wireless charging of our smartphones works the same way as our electric toothbrushes or hotplates. This is a magnetic field generated by a copper coil located in the charger and which is recovered in the form of electricity in the device to be recharged. The principle is not new, but it took time to improve performance. The losses

s are in fact high since this magnetic field must “pass through” the air. This is why the first recharge of this type peaked at 5W when we were already reaching double or triple with a USB cable at the same time.

But for our mobile devices, the first standard saw the light of day in 2008 with the “Qi” consortium. Rather than managing a “house” system, builders only had to rely on this technology. Some brands have even offered specific cases to make their models compatible. Qi is still in the race (the standard dropped from 5W to 20W in 2020), but the most avant-garde manufacturers are now offering their own system.

This is particularly the case of OnePlus with their OnePlus 8 Pro. For the brand’s first smartphone to integrate wireless charging, the Chinese brand has put the small dishes in the big ones since for its flagship + of 2020, the device allows wireless charging of 30W.

It will certainly be necessary to have a “home” charger at the price of 70 €, but the latter manages the Qi standard which means that you can use it at lower power for another device. To prevent overheating, the charger has a fan that can be deactivated at night if you are in Do not disturb mode in OxygenOS.

In this case, the charge is interrupted in the event of heating and then starts again: clever. For their part, the competitors are lagging a little behind with powers peaking at 15 W at Huawei and 10 W at Samsung.

What is Reverse Charging

Reverse charging is quite recent since the first device to offer it is the Huawei Mate 20 Pro followed by the Samsung Galaxy S10 and its variations. The idea is simple: make sure you charge a device (phone, earpiece, mouse, connected watch, etc.) from your smartphone. It is therefore the phone that will act as a wireless charger.

All you have to do is activate this option, define a threshold not to be exceeded on the device that charges the other, and place your device on the back of the device. On a pair of headphones, it’s slow, but it’s very convenient. As the devices only deliver between 2.5 and 4.5 W, it takes 3 long hours to regain 100% of the battery on the Samsung Galaxy Buds from a Galaxy S10e with a loss of 25% on the smartphone. To regain 22%, it will take 35 minutes.

On the other hand, during this experiment, the OnePlus 8 Pro went down to 32%. To recover 37% on Samsung, it will have been necessary to spend 68% on the OnePlus! A terrible yield of 54%. But the Chinese at least have the merit of being altruistic with Korean.

Because, in order not to be jealous, we wanted to experience it in reverse with the OnePlus 8 Pro at 40% and the Samsung at 100%. Unfortunately, we found that Samsung’s technology can only charge Samsung devices. The OnePlus gets stuck at 40% even though it says “Wireless charging”.

Reverse charging is not activated by default, you will have to go and trigger it in its parameters and define a limit below which you do not want your device to discharge. This is a backup solution rather than sharing here since let’s be frank, devices that allow this kind of “madness” are often high-end and not really “thrifty”. To recharge your headphones in the harbor: yes.

To charge his buddy’s high-end smartphone: blah. Note that the reverse charge will stop after a few tens of seconds if the “charger” device does not detect anything and that whatever happens, the charge will stop when the smartphone is at 15% (at OnePlus) or 20% (Samsung).