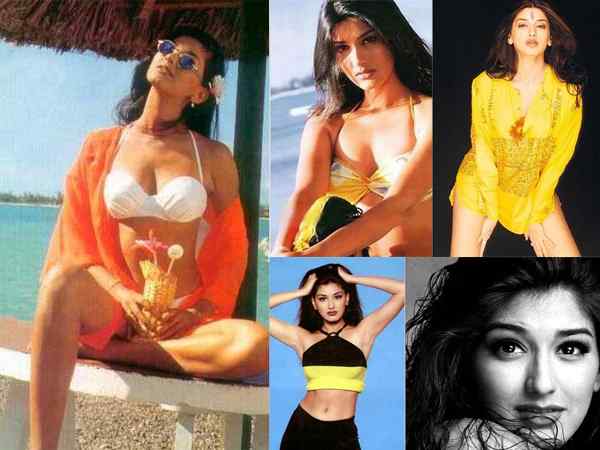 5 Superstars who were in love with Sonali Bendre

Sonali Bendre is a beautiful and well-known actress of the 90s. She was one of the popular actresses in her time. She has worked in many films in the 90s. Sonali Bendre worked with big artists like Govinda, Ajay Devgan, Akshay Kumar, and so on. Here below you can find the list of 5 stars who were in love with Sonali Bendre and wants to marry her.

Everyone’s chemistry with Sonali Bendre has been good and the artists also liked it a lot. If you talk about Sonali Bendre’s relationship, then her name was added with many big co-stars and celebrities. After which she was also very much discussed.

If we talk about Sonali Bendre’s film career, she was last seen in Akshay Kumar’s film Once Upon a Time in Mumbaai Dobara. She played the role of Mumtaz in the film. Let us tell you that actress Sonali Bendre has also been a part of the TV reality show ‘India’s Best Dramebaaz’. However, she later left the show, after which Huma Qureshi became part of that show.

Sonali Bendre told many times in her interview how and when she met her husband Goldie Bahl. Apart from this, Sonali Bendre also had links with many big personalities. Here we are going to tell you about some such people with whom Sonali Bendre has been in discussion many times.

List of Stars who were madly in love with Sonali Bendre

Later, after many years, Shoaib Akhtar and Sonali Bendre met each other during the match between India and Pakistan. At that time, Sonali also agreed to have dinner with Shoaib Akhtar. Shoaib never expressed his love for Sonali Bendre. Later Sonali too did not show much interest. Later it was also revealed that Shoaib used to keep Sonali’s picture in his purse.

After this, many people also said that Raj Thackeray saw her in the film after which he fell in love with Sonali. Let me tell you that Sonali and Raj Thackeray had also dated each other for some time. Surprisingly, Raj Thackeray was already married.

Despite being married, Raj Thackeray was very serious about Sonali Bendre. Raj Thackeray also wanted to marry Sonali. When Raj Thackeray’s uncle Bal Thackeray came to know about this, he flatly refused this relationship. He said that his image in the party will be tarnished.

Sonali Bendre and Goldie Bahl met on the set of the 1994 film Angry. This meeting of hers turned into a love of wearing. Goldie Bahl and Sonali were met by Goldie’s sister Srishti. It was only after this meeting that the two became close to each other.

Amazon Reveals The Lord of the Rings Series Details

The Medium Gets Goosebumps with New Live Action Trailer

Makhshif Ahmed - April 25, 2021 0
Must-Watch TV Series to Watch During Covid-19 Pandemic Are you looking for a TV series that can be watched at home during the covid-19 pandemic...