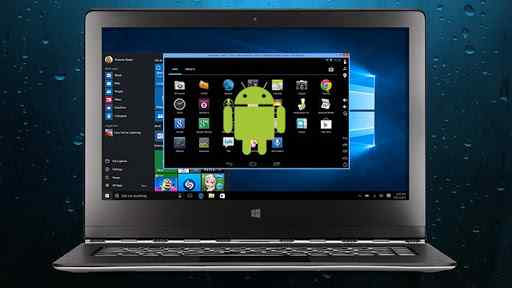 Best Android Emulators for PC in 2022

There are many valid reasons why someone would want to use Android Emulators. A developer may want to try his application before sending it. A player may want to use the mouse or keyboard to play. Or maybe you just don’t have an Android device and want to try the operating system or an app. Using multiple OS on a single operating system becomes so easy. You can perform and run all Android Apps on Emulator.

The Android emulator is a program that provides a virtual environment on your computer that works just like a mobile or tablet Android. In this virtual interface, you can install any Android application/game, to the point of simulating its use from your mobile device. Either way, emulating Android on the computer is a very simple thing to do. And here, we are going to show you the best Android emulators for PC to date, in no particular order!

AMIDuOS is an Android emulator for PC running Windows 7, 8, and 10. It can run almost all applications based on Android. This emulator is not free, but you can download a free trial version.

AMIDuOS works great for multiple purposes. Most of its features are based on productivity. This makes it a good option to use it with applications, documents, office automation, etc.

There is no specific functionality for games, but it works quite well. Developers could use it for basic testing, but it won’t be good for advanced things. It’s generally good and worth a try.

Android Studio is the Google-approved development IDE for Android. This includes many tools to help developers create apps and games specifically for Android devices.

Android Studio also has a built-in emulator for testing apps and games in the Play Store. Of course, being developer-oriented, Android Studio is not the best option for the ordinary user. However, it is good to know that the applications in development already have a powerful tool (and free ).

Putting it in place is honestly something boring to do. Even in this case, when configured, its use is the simplest. If you’re a developer or planning to become one, Android Studio is definitely one of your best options.

Andy (Andyroid) is one of the best Android emulators, which allows you to download almost all Android apps and games directly to your computer. With Andy, you can run your favorite apps and chat just like you do on a mobile device. In addition, the emulator offers unlimited storage capacity.

Andy supports Windows and Mac compatibility; you can use your own mobile as a remote control when playing games in the emulator. It also allows you to run all messaging apps from your computer, including WhatsApp, Snapchat, Telegram, Line, etc.

Andryoid is an emulator that enjoys an excellent reputation among users, both for games and for utility applications. If you want a good experience of running Android from your computer, Andy is undoubtedly a good option.

BlueStacks is a very popular free Android emulator. Launched in 2011, it has since extended the limits of the Android ecosystem. Many users around the world have started in the world of Android emulation using BlueStacks.

BlueStacks is available for Windows and Mac for free. Its installation is very simple, as much as a single click. The above, as well as its user-friendly interface, make BlueStack an excellent emulator.

The best? It is not necessary to root the emulator to enjoy the underlying benefits. Just download the root version, which is also available. If you want an efficient and easy to install emulator, BlueStacks is a good choice for you.

Droid4X allows you to download Android apps and games and run/play them on a computer screen very easily. It has a version of Windows and another version of Mac; the iOS version is in development.

This emulator is very light and may appear similar to other emulators at first glance. However, it stands out from the rest by including a remote control utility available to install on your smartphone.

This utility allows you to control certain aspects of the Android emulation running on the computer. So, for example, you can use your Android phone as control over the games running in Droid4x.

Another remarkable thing in Droid4x is its performance, which seems to be slightly better than that of other Android emulators. However, you are likely to experience stability issues from time to time.

If you are a developer looking for an Android emulator to test your application or game, Genymotion is for you. Very popular among developers, Genymotion comes with a series of features for testing applications and games.

Among its features, Genymotion is able to simulate 3000 device configurations supporting more than 40 Android devices. It also has advanced automation options and collaboration features.

The emulator also allows you to test the behavior of an application in relation to the device’s battery. And it even allows you to use the computer or laptop webcam as a camera source for Android camera apps. What makes Genymotion even better is its compatibility with Android SDK, Eclipse, and Android Studio.

The emulator is available for the three main PC platforms: Windows, Mac, and Linux. The annual license for 2 people has a value of $ 136. The company also offers a free version of its emulator, with only basic development tools for individual users.

KoPlayer is a relatively new and completely free Android emulator. Its main objective is to launch games (hence its name). KoPlayer allows you to emulate Android commands with the computer keyboard. Also, save the game and load it from other devices and equipment.

The installation process is quite simple, and the emulator itself works very well. Like most emulators, it has random execution problems, but nothing serious. Besides, it has lots of utilities, and everything is free!

Of course, you can also use KoPlayer to run Android applications. You can install them by downloading their APK or from a version of the Play Store for the emulator. It is perfect for  Free Fire, GTA 5, WhatsApp,  Snapchat, and others.

With a fairly orderly user interface, LeapDroid stands out as an emulator. Unlike other emulators, LeapDroid has clear built-in functions, which improves the experience in games, apps, compatibility, etc.

The integrated GPS helps the navigation system. On the other hand, shortcuts to your favorite apps can be assigned manually, thus improving the user experience. It’s also very good in terms of performance and start-up. Definitely, it’s worth a try.

NOTE: Unfortunately, after a successful year, LeapDroid has been discontinued. However, you can still use it, but you won’t get any updates.

MEmu is compatible with all versions of Windows from Windows 7 and supports all the latest graphics chips and cards from Intel, AMD and Nvidia. However, it doesn’t matter if you don’t have a graphics card.

Similar to KoPlayer, you can use MEmu to run multiple Android apps or games at the same time. The emulator also supports keyboard, mouse, and Xbox / PS drivers. MEmu only ensures compatibility with Android Lollipop, without saying anything about upgrading to Marshmallow or Nougat.

MEmu offers a simple way to install applications: just drag the APK file into the emulator interface. In addition, MEmu allows you to run other Android emulators at the same time, which is very convenient.

Nox App Player has a clean and tidy user interface. In addition, it can launch games and heavy applications without loss of performance. Nox is compatible with a wide range of Android game commands. In addition, Nox supports most games developed for Android. It also allows you to install the Play Store and other third-party Android apps.

The emulator is based on Android version 4.2.2 ( JellyBean ) and is compatible with Intel and AMD processors. You can download it for free for Windows and OSX. If you’re looking for a good game-oriented Android (and free) emulator, Nox App Player is a great option.

So these were the 10 Best Android Emulators, depending on the features you are looking for or want, you can choose one without any problem. There is a world of possibilities! We hope you have found this list useful. As always, we invite you to do your own research and, if you have any questions, leave us a comment. In addition, if you think you have left a good emulator outside, you can also leave it in the comments.