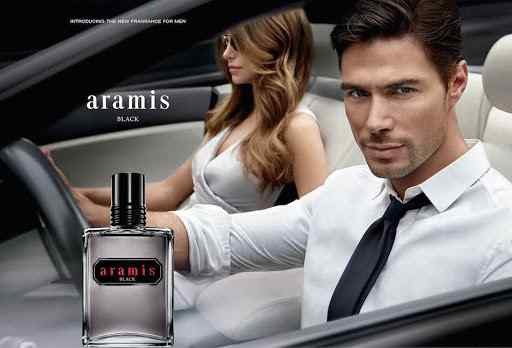 Best Aramis Perfumes For Men. Many male perfumers were the first creators of female scents for centuries, however, they rarely found themselves dealing with the manufacture of perfume for themselves or, failing that, a large-scale male audience, it is under this premise that it was born Aramis.

Among its great achievements is being the first brand in the world that designed men’s perfumes for sales in large departments, managing to be pioneers in manufacturing scents for men and making them commercial.

This is where the story of The 5 Best Aramis Fragrances for Men is born since they are perfumes that have much or all of the true essence of a man adapted in a contemporary bottle. That is why you have to wear their perfumes and give them a taste of a new way of understanding life through the ascent.

We decided to open with the Aramis Devin from 1977 since it is a perfume that has a lot of the brand, in addition to being an excellent option for men of all kinds. This perfume was launched within the Cyprus olfactory family for Men and you will be able to notice its intensity quickly. 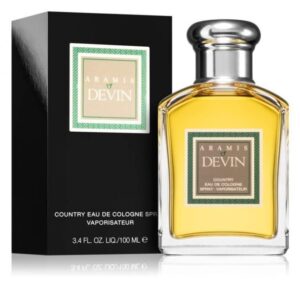 This perfume has top notes of orange, lemon, and bergamot that really make its aroma first of all citrus and fruit. Then we have that it has heart notes of carnation, cinnamon, and jasmine that greatly intensify being a warm and intense perfume.

Already its base notes that are of leather, oakmoss, labdanum, and patchouli denote a leather soul accompanied by a lot of dryness on your skin. This very masculine scent fits in winter and has strong longevity and a very heavy trail.

Capturing the whole essence of a brand through a perfume is difficult and can take years, the Aramis by Aramis is a perfume that portrays all the modern and also intelligence that the brand has been for many years. This scent is from the Woody Chypre olfactory family for Men and was launched in 1966. 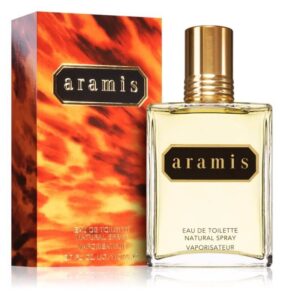 It has top notes of myrrh, bergamot, thyme, and gardenia, the heart notes are patchouli, sage, jasmine, and orris root, ending with base notes of leather, vetiver, and coconut. It is defined as a widely aromatic perfume, in addition to having a lot of wood and spicy heat, which is already quite manly.

The Aramis also has a good presence on winter days and has moderate longevity and a heavy trail.

3. Tuscany Per Uomo by Aramis

The romance of Aramis comes in the form of Tuscany Per Uomo, a perfume that is within the Aromatic Fougere olfactory family for Men and that came out in 1984, this scent will have an intense way of making you live a life that will fascinate you. 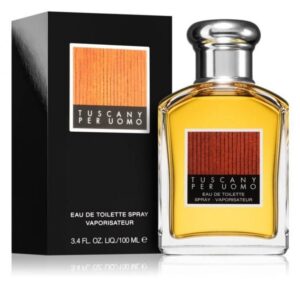 This aroma has top notes of lavender, lemon, bergamot, and acid lemon, heart notes of anise, orange blossom, and tarragon, as well as base notes of sandalwood and cinnamon. Make the most of this perfume it’s citrus and fruity accords.

It also makes you vibrate its aroma with a lot of lavender and freshness, which also makes it a perfume for summers. And its longevity is moderate and its wake becomes heavy. This scent is the indicated one to live magical moments next to your partner.

It looks like something out of a sports magazine and so the Aramis 900 has conquered all competitive hearts since 1973, this perfume is on the side of Woody Cyprus for Men olfactory family and was made by Bernard Chant. 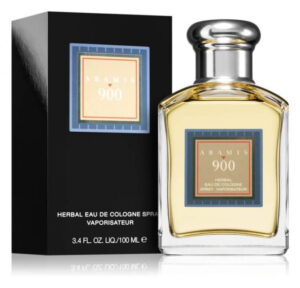 A perfume like this rewards competition and speed too much, which is why it contains an essence linked to wood, but also with hints of flowers and moss to make it even more masculine. All part of its top notes of lemon and bergamot, a heart of jasmine and orris root, and a background of patchouli and vetiver.

On the other hand, this aroma contains bursts of heat, so it is an aroma that together with its fruit accords is perfectly in tune with autumn and has long-lasting longevity and a heavy trail.

The man of today has to use the JHL, a perfume that is within the Amber olfactory family for Men and was launched in 1982, despite being made official more than thirty years ago, its essence remains free. 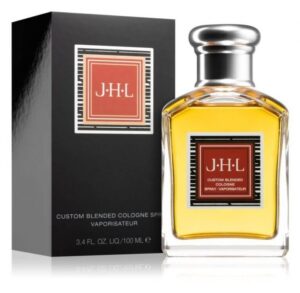 Respect for masculinity is important for this perfume that has top notes of lemon and bergamot, managing to make its aroma citrus and also fresh. Heart notes of cinnamon rose and carnation gives you some sweetness and a lot of heat.

However, its base notes have musk and vanilla that make its other notes extremely irresistible for a woman and end up giving you an air of being superior. Each of these notes forces us to recommend it to be used during the spring. Already in its longevity, this perfume is very durable and in its wake, it is quite heavy.

Take these 5 Best Aramis Perfumes for Men with you for various reasons, because they are very classic, and are they really include the values ​​of today’s man, managing to capture an essence that is both strong and seductive.

Once you have used any of these five scents, then you can feel a fulfilled man, in addition to having a lot of citrus and wood at your fingertips, notes as definitive in a man as the perfume itself. Wait no more and take them all to build your precious Aramis collection.