Ginger notes bring you luxury because it is mixed with eastern & western cultures, marked from their birth. If women’s perfumes have been characterized by something over the years, it is because they have had exquisite aromas, but closely linked to fruits and spices that are millenary, that is why they owe much of their fragrances to historical discoveries that even managed to change the course of events.

In this particular case, we will be thoroughly reviewing The 6 Best Ginger Perfumes For Women, but not before explaining a little about this plant as striking as its own aroma. We are facing a plant that was discovered more than 2000 years ago and that continues to have the same effect on the bodies of those who can feel it.

Since it arrived in Egypt from Asia, it has always been characterized as a fiery aroma and too aphrodisiac, so much so that women perfumes with ginger are often recommended to achieve maximum sensuality on a date. This may be your case and also a fundamental pillar for you to use these six perfumes that have ginger as the protagonist.

Highlighting a Paco Rabanne fragrance is not easy at all, especially taking into account that it is a historical brand and that it has had many paths to get where it is. The fact is that Olympéa is a perfume that was able to conquer those who did not like intense aromas with ginger, all this happened in 2015.

With a membership towards the Oriental Floral olfactory family for Women, this perfume however escapes this label a bit by proposing rather a general citrus trail, the work of its perfumers such as Anne Flipo, Loc Dong, and Dominique Ropion. 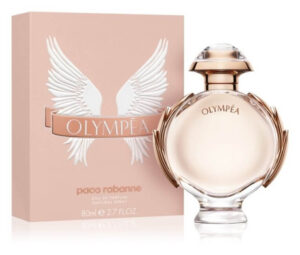 With some notes of water jasmine, green mandarin, and ginger flower, its aroma at first will seem very citrus fruit as well as the beach, something that contrasts a bit with its vanilla notes to give a sweet balance to its aesthetics.

It cannot be forgotten that it also has noted such as salt, cashmere, ambergris, and sandalwood, where the salt ends up completely imposing itself on its dry aroma. Use it especially in summers and take advantage of its long-lasting longevity and heavy trail.

Everything that Guerlain can have in terms of ginger is summarized in one perfume, the Aqua Allegoria Ginger Piccante,  a perfume that demonstrates a facet of ginger as well known as being a spicy plant and this perfume is quite it. although with certain contrasts.

Aqua Allegoria Ginger Piccante is a really fiery perfume, although it is also fresh, it has two sides of the same coin inside and all the work of Delphine Jelk when it was put into circulation in 2019. Also, it is linked to the Aromatic Spicy olfactory family for Women and all this influences a fairly intense aroma.

With notes such as lemon, ginger, and bergamot, this perfume brings out its citrus and fresh aroma, as well as being very heavy. It also has notes of rose and pepper, where these end up imposing their spicy, feminine, and quite sexy air and smell in everything that has to do with casual moments to live.

We also finish with notes of white musk and cedar that give it a superior fragrance as well as the smell of fresh flowers, super interesting for spring, not to mention that it has moderate longevity and a similar trail.

Living with a Lancome perfume is doing it with a fragrance that is truly designed for the greatest luxury, and if we combine this with ginger, the formula cannot give more. The Miracle of Lancome with her pink bottle so feminine and dapper launched in 2000 is a marvel of minimalism Alberto Morillas and Harry Fremont.

The aroma in general of Miracle can be defined as floral, it does not escape this label in any way and is clarified by its Floral for Women olfactory family, where ginger has room to provide all its seductive qualities. This first one has notes of lychee and freesia, where you can feel a rich feminine and fruity aroma. On the other hand, we have its notes of magnolia, pepper, ginger, and jasmine that give it the floral essence from which this perfume stands out so much that it also has a lot of heat, due to the presence of ginger, therefore it is always indicated for winter, a marvel of body heat.

Closing with notes of mandarin, pepper, musk, and amber, the aroma of Miracle goes towards the terms of certain citrus and fruit trees that will enchant your senses. Use it in the morning because this perfume has short longevity and a rather moderate trail.

4. Freedom for Her by Tommy Hilfiger

The modernity of Tommy Hilfiger has been put into practice to accommodate a fantastic and also one hundred percent independent perfume like Freedom For Her, which came out in 1999, and the work of Annie Buzantian and James Krivda, this scent stands out above all for being fresh and has a lot of freedom in everything he does. 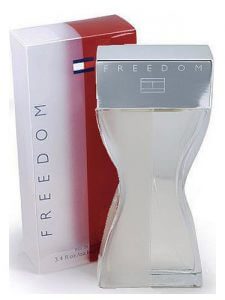 I mention his scent is also the freedom to do so the wind can give and belongs to the olfactory family Floral Green for Women, which gives this fragrance a valuable feeling of being at all times with the senses alert. This is where its notes of ginger and jasmine are well present to give it a scent of a newborn flower.

It also has melon and lily of the valley to finish by adopting that slightly fruity aroma that adds a delicious tone to the maximum freshness that it has inside. Remember also that its aroma is perfect for the summer and has long-lasting longevity and a heavy trail.

A special perfume, so we can define especially Le Jasmin by Annick Goutal, a perfume that is strongly debated between the floral aroma as well as the aromatic aroma of ginger, that is why it is an inner fight where you will benefit from its unique power.

This scent was born in 2004 and created by Camille Goutal and Isabelle Doye, you can’t expect anything but an explosion. Its aroma that belongs to the Floral for Women olfactory family is not without presence, in fact, it shows it a lot and it is there where its notes of jasmine and magnolia are noticed with a very flowery smell, but especially jasmine, which They give purity to the environment and yourself. 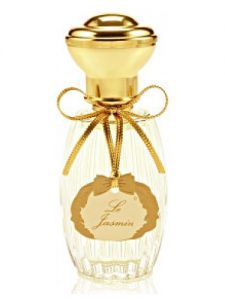 In Paris, a very feminine perfume was created in 2013 and all this is the work of Paris Elysees with the Nuit Mauves perfume, which by the way belongs to the Floral for Women olfactory family, making its charm something that will touch you at your door.

If you were expecting something simple, nothing could be further from reality, taking into account that this perfume has inside notes such as ginger, peony, and tangerine orange. These are the ones that will give you that touch of carefree, citrus smell, spicy and a lot of humidity due to the mixture of citrus fruits and hot plants that will make you have a body always in humidity and be awake at all times.

If we add to this some notes of jasmine, red fruits, patchouli, and musk, we have a perfume that has a lot of femininity as well as cleanliness, this is how its special air will live with you, being a floral fragrance, but it does not subtract space for anything to those mentioned above.

If you want to use it, then it has no other time than summer, where it will also serve to accompany it with its moderate longevity and a soft trail.