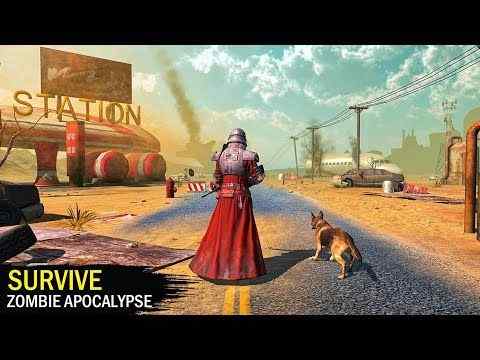 Best Offline Survival Games for Android and iOS in 2021

Despite following a slightly different pattern from console games, the best offline survival games for Android and iOS always manage to capture players’ attention with their mechanics and themes. Also, because there is no need to play with an active internet connection, gambling can take place anywhere, which makes these titles great pastimes too. And yes, if you like games like that, it’s good to check the list we put together… let’s take a look?

Opening up this list of the best offline survival games for Android and iOS is the intriguing Darkness Survival. This is a game that mixes RPG elements with the typical survival experience and ends up promoting an extremely immersive adventure. As the game is presented from an isometric perspective, the influences of the legendary Diablo end up being visible. However, the fact is that this game has a very hardcore feel and, on many occasions, frustrates as much as it amuses. Be sure to check it out.

Moving on to a more strategy-oriented and resource-management experience, our list bumps into the great Day R Survival Apocalypse, whose post-apocalyptic theme ends up appearing as one of the great highlights. Throughout the adventure, players must do everything to survive in an environment ravaged by nuclear war. Due to its structure, the game has a slower pace, but it is still very engaging. It is certainly an option that deserves your attention.

Slightly deviating from the standards of post-apocalyptic themes, Jurassic Survival Island: Dinosaurs & Craft places players in a region where dinosaurs are the greatest danger. And that, of course, ends up making the fight for survival very difficult. Among its highlights, Jurassic Survival Island: Dinosaurs & Craft offers the option of taming certain beasts and a beautiful shelter building system. To top it off, we still have good quality graphics and more options that ensure very immersive gameplay. Very good!

Raft Survival isn’t the first game that puts players on a raft adrift, but it’s one of the best bets on this idea. In fact, this context ends up creating a very tense atmosphere, as the vast oceans increase the feeling that we will not be saved. Anyway, the title still has many islands, options for building weapons, a good system for carrying out improvements on rafts, quality graphics, and other positive points. For those who want a different experience, Raft Survival is a good choice.

When we think about a fight for survival, the “cliché idea” is always that life suffering on a desert island, isn’t it? In this case, Survival Island 2 is one of the games that best exploit this idea, giving players many entertainment options. Survival Island 2’s gameplay is marked by a combination of different mechanics and a large number of things to do. In fact, this is the kind of game that can hold players’ attention for a long time. So it’s worth checking out.

6. Survival on Raft: Crafting in the Ocean

Entering the second half of this list with the best offline survival games for Android and iOS, we have another game that bets on the idea of ​​drifting rafts. Yes, Survival on Raft: Crafting in the Ocean also has bleak oceans where resources are very scarce. As much as the game places great emphasis on improving rafts, it also guarantees good options, in terms of exploration and resource gathering. Furthermore, the simulation aspects are quite striking and add a good degree of realism to the experience. Great!

Survive – Wilderness Survival can be considered the “difference” of this list. After all, much of the experience promoted by the game is used through textual information. However, we cannot deny that their level of immersion is enormous. The game emphasizes the idea of ​​survival, betting on realistic indicators and a very efficient time counting system. As it is very light, this can be the perfect alternative for players who don’t have “heavier” cell phones.

Among all the options on this list, Tap Craft is the one that presents the simplest graphics and commands. However, that’s not to say the game isn’t immersive. In fact, even though it has a casual character, the adventure manages to make players very addicted. Generally speaking, the game experience comes down to collecting resources and building and creating items. It is worth noting that Tap Craft offers a more global view, in which players end up being responsible for more than one individual. Be sure to check out this alternative!

With a very striking “Role-Playing” aspect, The Wanderer is another excellent option for those looking for something more immersive and engaging. The game doesn’t offer the best graphics in the world, but it has challenges and curious mechanics enough to “steal” a lot of attention. Along the journey, players also come across an interesting system of choices, which ends up generating different adventures and increasing the level of “replayability” of the title. Anyway, this is a game that can conquer different types of players.

At the end of this list of the best offline survival games for Android and iOS, we find the fun Tinker Island. This game has graphics that refer to the classic Goof Troop, from Super Nintendo, but its gameplay has high-quality options. The title also bets on the “cliché idea” of survival on a desert island but manages to be very interesting. Exploration is one of the highlights of the game and, without a doubt, a few moments of decision-making will make you think a lot. Overall, this is a complete experience and good enough to close this list in style.