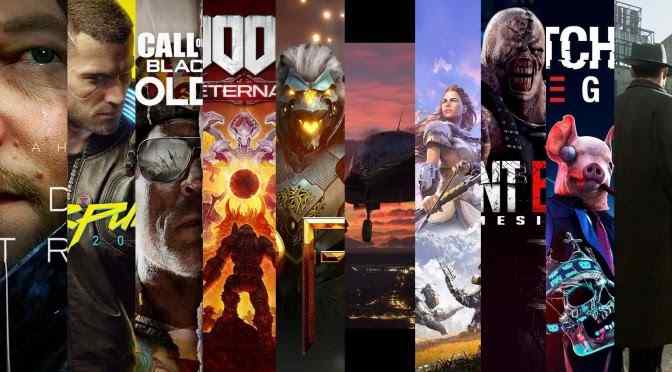 Genshin Impact, the role-playing game released by MiHaYo in 2020, has gained millions of customers worldwide with its fantastic graphics. As the game progresses, players meet different characters and switch between the characters they meet, and increase the damage dealt with by the enemy.

Spellbreak is a multiplayer action and war game released in 2020. Of course, it is possible to play the game on PC and Nintendo Switch, PS4, and Xbox One. In the game, you play as a war mage against 41 other players.

Two of the great things about Planetside are, of course, free and multiplayer. The game, which appeals to a large audience, has entered the Guinness Book of Records because up to 1200 people played in a single game. It wouldn’t be wrong to call it the biggest online FPS game. The main basis of the game is that each player tries to capture and protect a certain area.

Red Dead Redemption 2 is one of the open-world games set in the Wild West. Arriving on PC in 2018, the game is about the story of outlaw Arthur Morgan, who comes from a gang called Van der Linde.

Apex Legends is one of the most popular free games that can be played on both PC and console. The game works with the battle royale mode. Since the characters to be chosen by the players will bring different features and advantages, we have to say that the player should be careful about this.

We would not have included Counter-Strike: Global Offensive, which has taken the game world by storm with its millions of players for eight years, on our list. Although previously paid, the game’s founding company decided to turn its multiplayer mode to free in 2018.

Destiny 2 is a first-person shooter game developed by Bungie. The game, which was previously purchased with money, became free in 2019 by the decision of Bungie. The general task in the game is to protect the rest of humanity from the alien threat.

We have not heard of Epic Games’ Fortnite game, which has turned into a cult piece in the battle royale genre. You fall on the same map with 100 different players in the game and improve yourself with the items you collect.

Let’s continue with a game that asks the question of how free considering the graphics it offers. Forza Motorsport 6 Apex is, as the name suggests, a racing game. It offers the opportunity to drive 60 different cars on different tracks in different weather conditions. But to open these options, you have to complete some missions.

You can download and play Among Us from platforms such as Steam. A game in which astronauts who are trapped in a spaceship trying to find “imposter” s. The game, which was very in the background when it was first released, managed to become one of the most played games of 2020 with the interest of YouTube channels and Twitch broadcasters.

Looking for a job as a Game Tester? You can find it on Jooble