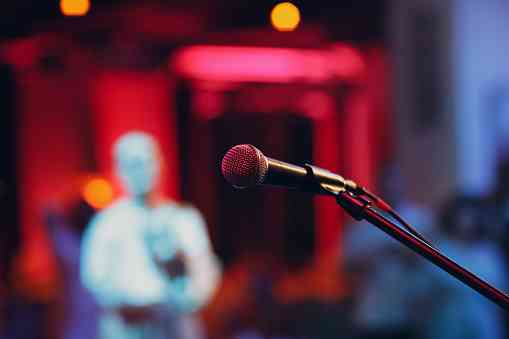 When you are looking for an entertaining night out on the town, one of the most enjoyable options is stand-up comedy. This is true no matter if you’re at home or on vacation. Comedy is a great way to learn more about a culture by seeing what is considered humorous and getting viewpoints on the world news and common daily events. While humor is certainly subjective, Scandinavian countries, like any other culture, have their preferences on what makes a good joke. Gallows humor and dark comedy may be the most common joke format associated with Scandinavia.

However, they aren’t the only type of jokes enjoyed in this part of the world. Dry humor, absurdity, and sarcasm are also popular in Scandinavian cultures, as they are in other places.

Scandinavia is home to several interesting continues with some of the most unique cultures in Europe. When you visit Norway, Sweden or Denmark, a comedy outing offers the opportunity not only to laugh but, in many cases, enjoy good food and drinks in a comfortable and memorable setting. If you’re vacationing or simply looking for a fun night out the following clubs and comedy agencies should be on your shortlist for consideration.

Stand Up Norway has been providing entertainment to all its guests since 1997. Starting in 2004 Latter was opened in Oslo and provides a center stage for performers offering over 1,900 appearances per year to entertain and amuse the audience.

They offer not only amusing entertainment but over amenities such as a bar and restaurant, so you can enjoy food, drinks, and entertainment. Since 1994 Latter has grown to provide the best in entertainment and humor.

Located in Stockholm Raw Comedy Club was founded in 2004 with the goal of unforgettable entertainment. Currently, they host shows in Hilton Stockholm Slussens since 2012, and in 2020 they start holding shows at the Radisson Blu Scandinavia in Gothenburg as well.

In addition to comedy, they also offer dinner complete with live music and a bar that is open before the show and during intermission. Raw Comedy Club currently times their shows at roughly 2 hours each, including a break between sets for drinks and relaxation.

The Comedy Stop Copenhagen as the name suggests, is located in Copenhagen, Denmark, and offers shows at multiple locations for your convenience. Their line-up includes popular and up-and-coming comedians with shows held at the Bremen Teater (near the Central Station), the recently opened Aveny-T, and DR Koncerthuset in Ørestaden, Amager, which is the largest of these three venues. Their performers include comedians with a long list of television appearances, awards, and stand-up specials on both streaming and internet platforms.

Tajmer Booking & Management has been providing the best in comedic entertainment for over 50 years and provides booking services for all manner of entertainment. They manage some of the most popular comedians in Denmark and can help put on shows for an assortment of gatherings of all sizes and purposes.

Another thing that makes them unique is their virtual comedy shows, which allow you to set up shows that are easily accessible without worrying about a venue. If you want to create a unique show of your own, they can help you put together a memorable event.

When visiting any place you should certainly stop and enjoy the sights such as natural wonders, historical buildings, and museums. However, comedy should not be overlooked as lowbrow or not worth squeezing into an already busy schedule.

Humor is often one of the most honest reinfections of culture and has been bringing people together from all cultures for centuries. So when you’re in a Scandinavian country be sure to take in a show.