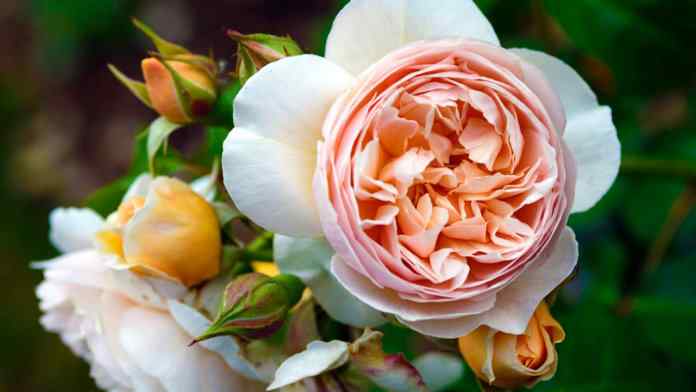 The Most Expensive Flowers in the World

Do you think the times of such “flower madness” are over and now you can’t get rich by selling just one flower? Well, in our ranking of the most expensive flowers in the world, there are representatives, in comparison with which Semper Augustus was given away for nothing.

Flowers are one of the most charming gifts of nature. And enterprising people have long figured out how to turn it to their advantage. Whole fortunes were created and disappeared from flowers, remember at least the Dutch Tulip Rush of the 17th century – the first financial pyramid in history.

Its most expensive “brick” was the rare Semper Augustus bulb, which cost up to 4600 florins at the peak of the tulip bloom. By comparison, a pig could be bought for 30 florins, and a cow for 100 florins.

List of Top 10 Most Expensive Flowers in the World 2022 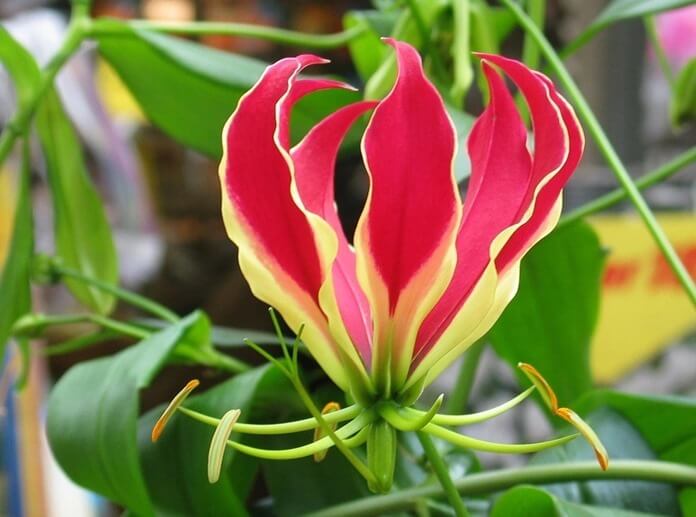 The distribution area of ​​gloriosa is “three A”: Asia, Africa, and Australia. This flower attracts attention with its bright color and special shape, reminiscent of flames.

It personifies ambition and success, therefore it is a great gift for those who are going to university or have just got a new job. 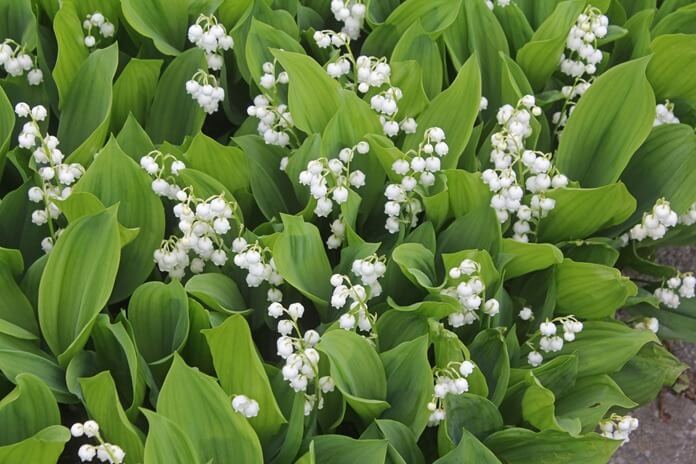 According to legend, this flower appeared when the tears of the Virgin Mary weeping for Jesus touched the ground. Lily of the valley looks harmless, their delicate tiny flowers and sweet scent can fool anyone. It is one of the most popular wedding colors.

It’s actually a very poisonous flower, and it even appeared in an episode of Breaking Bad. The poison is used to protect the plant from predators. The greenhouse flower from Italy with a deep and sexy floral scent is the perfect perennial to adorn any garden or jacket lapel. 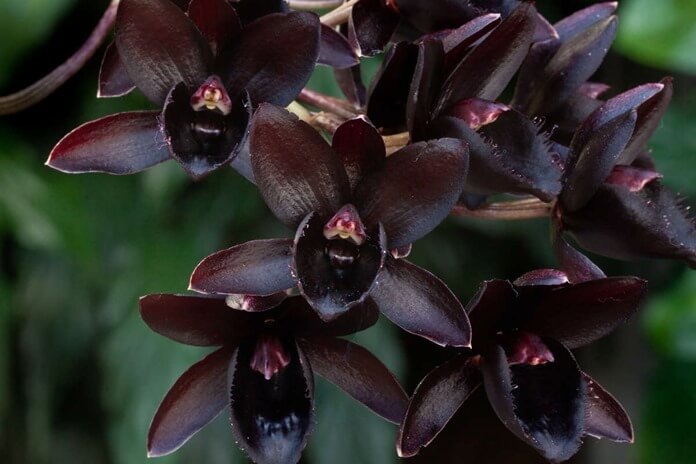 One of the most beautiful and unusual orchids in the world has a honey-spicy scent. She is a complex interspecific hybrid of Clovesia, Catasetum, and Mormodes. The flowers of the black orchid are in the shape of a tulip and are collected in a brush on a long peduncle. They are distinguished by a bright dark color with a reddish tint. 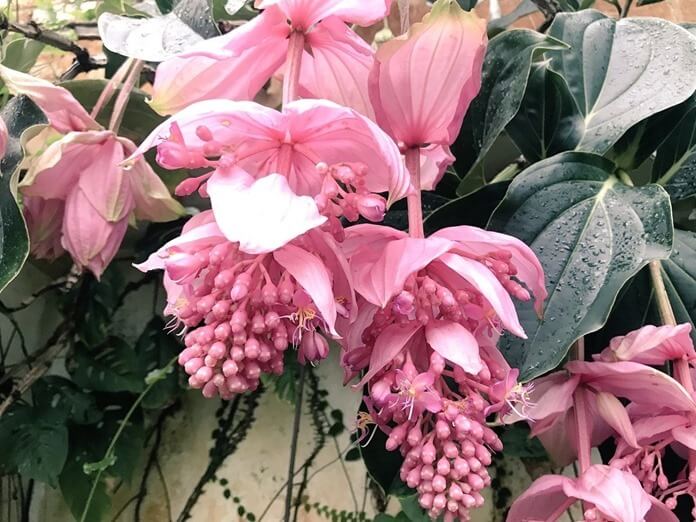 Medinilla flowers immediately attract attention with a pale pink color. But raising this capricious beauty is not so easy.

And the point is not only in the high price of the plant itself but in the fact that it does not lend itself well to reproduction and is very demanding on lighting and humidity levels. So the best way to admire Medinilla is to look for it in large botanical gardens or greenhouses. 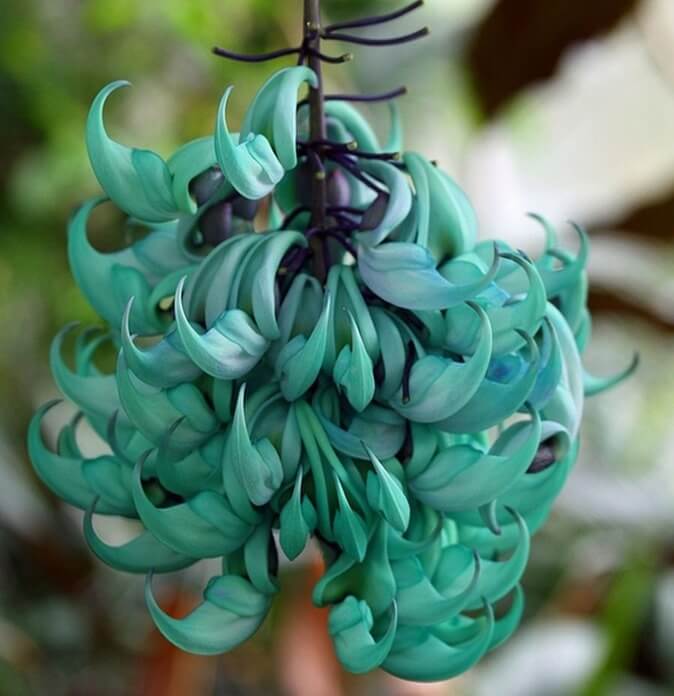 This exotic plant is a typical member of the legume family. However, plain peas and beans are only distant relatives of the handsome Strongylodon. Such lianas grow on loose and moist soils, under the cover of trees in the forests of South-West Asia, in Africa and Madagascar.

And during flowering, they are covered with long (up to 2 meters) thick clusters of flowers, which in shape resemble tiger’s fangs. Although Strongyloides can have red, purple, and crimson hues, the most beautiful of them is large-leaved, with flowers of a greenish-blue hue. This color is unique and is not found in any of the representatives of the flora. Even the pollination of a jade flower is unusual – bats and moths are engaged in it. 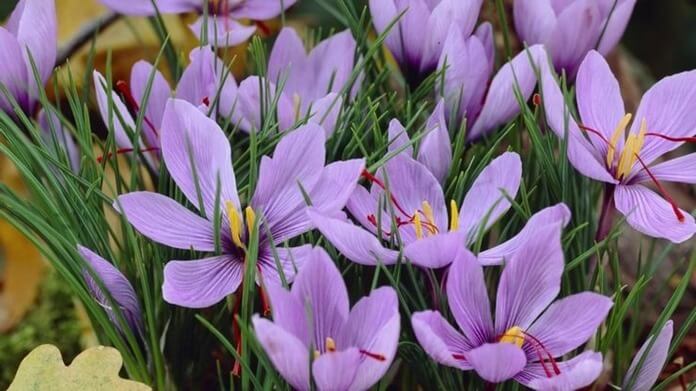 It would be extremely inappropriate to mention all the most expensive flowers in the world without including saffron. It is valuable not for its beauty, but for the fact that an expensive spice and food coloring is obtained from the dried stigmas of the flower. One kilogram of saffron requires 200,000 flowers. 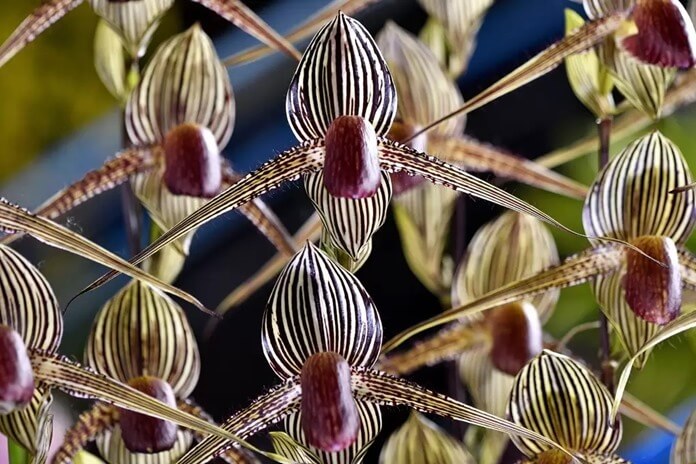 Rothschild Orchid is one of the rarest flowers in the world. It was discovered in 1987 and has almost completely disappeared. It is now only available on the black market because it is an endangered species and therefore protected by law.

A rare orchid from the Kinabalu National Park on the island of Borneo in Malaysia has an interesting petal shape. However, you need to be patient to see them, because this orchid blooms once every 15 years, for a short period – from April to May. 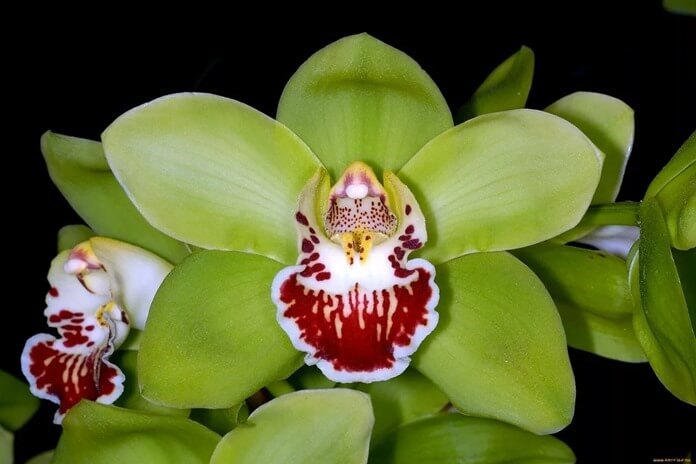 The most valuable orchid in the globe, and also one of the expensive flowers you can buy. It was named after a group of Chinese researchers from Shenzhen University who spent nearly ten years creating this plant. The plant differs from its counterparts in a light green shade of petals and a bright core.

This orchid is incredibly moody and it will take five years for the first flowers to appear, but it’s worth it. Back in 2005, an anonymous buyer bought Shenzhen Nongke at an auction for over $200,000. 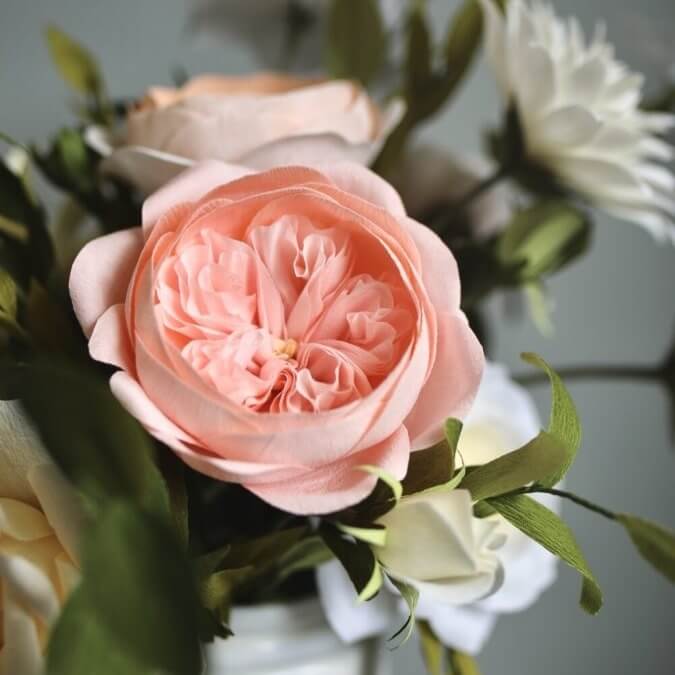 This Rose Sweet Juliet is known as the 3 million flowers. This is exactly how much (or $3.9 million at the current exchange rate) spent breeder David Austin to create the perfect flower. Deciding to create a flower in the form of old garden roses with a beautiful and unobtrusive scent, Austin spent 15 years developing it.

These roses were presented to the public at the Chelsea Flower Show in 2006. Visitors to the exhibition were fascinated by the perfection of the peach-apricot flowers, which, gradually blooming, changed their color to a bright pink shade with darker tones in the middle of the flower.