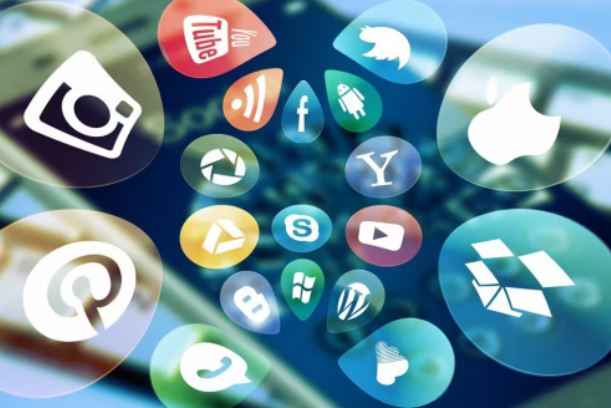 Most Used Social Networks in the World. Social networks are an innovative mode of communication that allows us to interact in different ways, and share different information, giving us the possibility of fulfilling ourselves in a closer and instantaneous way. Thus, multiple applications aim to keep people linked, creating a sense of proximity, both with subjects we know and unknown or famous.

We see how it has provided us with many facilities but at the same time, we must watch what we publish, and be aware that everyone has access to these platforms, and that we must not allow it to hurt us. Below we present a ranking of the most used social networks/platforms ordered from highest to lowest number of users. Read on to find out which ones are in the top positions.

What are the Social Platforms with the Largest Number of Users?

Currently, a very powerful mode of communication is social networks. These platforms allow us to interact, and communicate easily, giving us the possibility to do so instantly. Thus, the new forms of network offer us the possibility of feeling close to people we do not know or who live far away, we can more easily know what each user’s day-to-day is like, what their opinions are regarding different topics, and we can even debate exchange beliefs or points of view in real-time.

But this possibility of communicating with the whole world, of being able to express ourselves without a filter or of showing our lives publicly, can lead to different problems if these platforms are not used properly. We must be aware, and critical, of what social networks entail, that not everything we see or are shown to us is true and therefore we cannot equate it to reality.

Likewise, we have to make good use of it, that is, keep in mind that there is a person behind the screen and that not all comments are justifiable, we must be responsible for what we say. Let’s see, then, which are the social networks that currently have the largest number of users.

15 Most Used Social Networks Based on Monthly Active Users

The social network Twitter has approximately 446 million users, thus closing our list of most used platforms. This application was created by American businessman Jack Dorsey and was launched to the public in July 2006. The main function of Twitter is to allow users to post texts of up to 280 words, called tweets, which are displayed on its home page or wall.

In this way, this network offers us the possibility of following the users that interest us and thus find out more about their publications. We can also like or retweet tweets that we agree with or want to support.

Pinterest currently has approximately 450 million users. It was developed by Ben Silbermann, Paul Sciarra, and Evan Sharp and was released to the public on January 16, 2010. As its name indicates, this application intends to share interests, giving users the possibility to filter, share and find images or videos to be useful for the subjects that participate in this network.

The Telegram platform currently has around 550 million users. This social network was created by the Russian brothers Nikolai and Pável Durov, officially allowing its use on August 14, 2013.

The main function of this application is to allow sending and communicating quickly and instantly in a massive way. Today it offers the possibility of chatting, making calls and conferences, or using the search engine. Normally the messages are saved and can thus be retrieved.

The Snapchat messaging app has approximately 560 million active users, ranking 12th on the list. It was created by Evan Spiegel, Bobby Murphy, and Reggie Brown, who were students at Stanford University in California. It was released to the public on September 1, 2011.

This social network allows you to send videos and photos, with the user having the possibility of choosing the time that the publication remains available, after which it is even deleted from the server. It also offers the possibility to take photos and videos and edit them according to the preferences of the subject, before sending them.

Kaichou or Kwai is a Chinese social network with around 570 million users. It was created by Su Hua and Cheng Yixiao in March 2011. It currently belongs to the Beijing Kuaishou Technology company and its main function is to share videos, thus being similar to the aforementioned Tik Tok.

This Chinese platform has approximately 570 million active users. It was created on August 14 by SINA Corporation, as an alternative network to the censored Facebook and Twitter, thus its characteristics are similar to these two applications.

The Tencent QQ social network also known as QQ consists of approximately 570 million users. It was launched on February 11, 1999, by the company that bears its name, Tencent Holdings. It allows you to send messages as well as listen to music, shop, watch movies, chat by voice or play online.

The China Douyin app has 600 million users. Actually, Douyin is the name that TikTok receives in China, thus showing the same development and launch data, as well as very similar but not identical features.

They are classified and presented separately since Douyin users cannot access Tik Tok content and vice versa. Specific options that Douyin allows are facial recognition of the subjects that appear in a video to search for others where they also appear, making hotel reservations, or buying.

Facebook Messenger consists of an approximate figure of 980 million users. It was created by the company Meta in 2008 although there are different renovations. Despite its relationship with the Facebook network, it is necessary to install this application independently, allowing messages to be sent between users of this platform, as well as making video and voice calls.

The TikTok platform with 1,000 million users is positioned in sixth place. It was developed by the Chinese company Byte Dance in 2016, showing rapid popularization in other countries. The purpose of this social network is to publish short videos of between 1 second to 10 minutes, on different topics. The post is permanent and loops until the user switches videos.

With approximately 1.26 billion users, the Chinese social network WeChat is fifth on the list. It was launched eleven years ago, on January 21, 2011, by the company Tencent Holdings Limited. This instant messaging platform allows you to send messages and calls for free, via the internet.

The social network Instagram has more than 1,400 million users. It was launched on October 6, 2010, by entrepreneurs Kevin Systrom and Mike Krieger. This platform offers the possibility of publishing photos and videos permanently, as well as uploading content for a short period through stories. Likewise, it also allows you to communicate privately through Instagram Direct and even gives you the option of making video calls or broadcasting live.

With a total of approximately 2,000 million users, the WhatsApp platform is positioned third in the ranking. It had its first release in 2009, initially used only by Apple devices. Later, in 2010 it could already be acquired by Android, finally reaching Windows. At present, it belongs to the already named company Meta.

WhatsApp is considered the most used instant messaging application, with the possibility of reading and receiving messages, free of charge, through the internet. You can send texts, audio, images, videos, contacts, and your location, and it even offers the possibility of making a video and voice call.

The YouTube platform is second in the ranking with a total of 2,560 million users. It was founded on February 14, 2005, by Steven Chen, Jawed Karim, and Chad Hurley, who were employees of PayPal Holdings.

It currently belongs to the company Google INC. The purpose of this social network is to share videos on different topics, music, games, or even the life of the subject who publishes the video, who are called YouTubers.

With approximately 2,910 million users, Facebook is the most used social platform that currently has the largest number of active users in the world. This network was created by the programmer and entrepreneur Mark Zuckerman, together with colleagues from Harvard University.

On February 4, 2004, when this website was activated for the first time, it was only used by members of the aforementioned university, and little by little it was extended to other users.

The platform utility of this network is to publish texts, and photos, or share news. It currently belongs to the company Meta Platforms, based in California, which owns other social networks that we will also see on this list, such as Instagram or WhatsApp.

Disney Plus has more than 70 million subscribers worldwide

ABOUT US
Topandtrending.com is one of the fastest-growing websites. Top and trending is your news, entertainment, top 10 best, music, fashion, sports, tech, games, mobile site. We provide you with the latest news from around the world.
Contact us: topandtrendingofficial@gmail.com
FOLLOW US
© 2022 Developed with ❤️ by team Top and Trending
MORE STORIES
Social