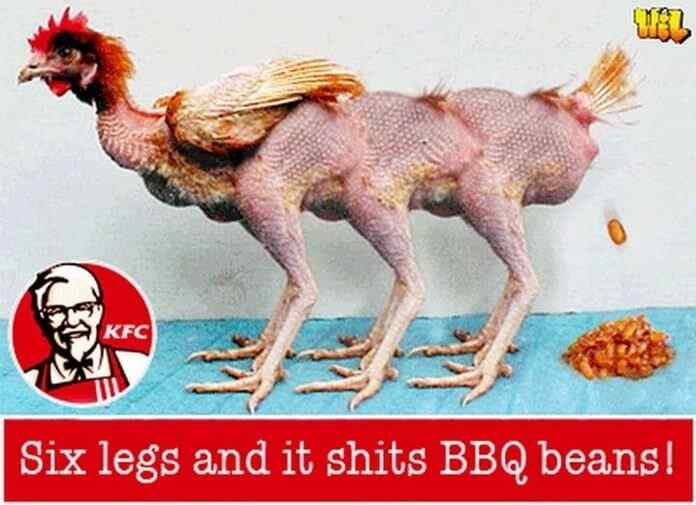 “There are rumors that there will be no more rumors at all. There are rumors that gossip will be banned”- Vladimir Vysotsky. Time passes, and rumors still exist. But some of them can ruin the lives of not only individuals but entire corporations, here below you will find some rumors about famous companies.

Here are the top 10 Bizare cases where rumors nearly ruined the reputation of famous companies. 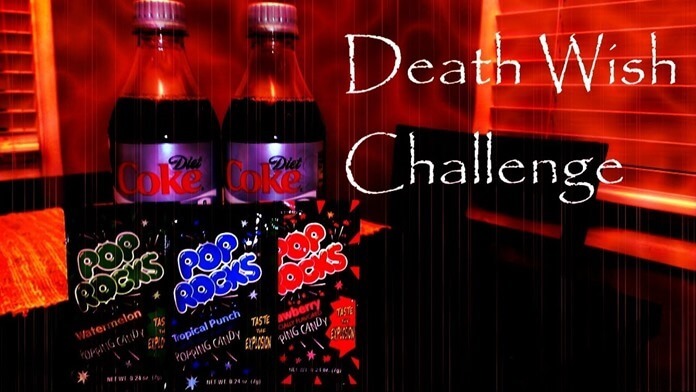 Starting the list of Top Bizare Rumors that Ruined Reputation of Famous Companies with Pop Rocks + Diet Coke. Do you love fizzy candy? Then you may have tried a candy called Pop Rocks. They also open our selection. In the 1980s, rumors spread that actor John Gilchrist, who starred in the American commercial for Life cereal, had died after eating Pop Rocks and then drinking Coca-Cola. His belly allegedly “exploded” from the inside.

It is not known who first spread this rumor, but it spread like wildfire throughout the United States. Children were barred from buying Pop Rocks, and candy sales plummeted. Life Cereal even launched a national ad campaign to show that little Mikey (that was John Gilchrist’s advertising name) is alive and well. But this only fueled rumors about the danger of Pop Rocks, as people began to claim that they were not shown the real Mikey, but a boy similar to him.

Eventually, sales of Pop Rocks candy stopped, but then resumed. Their safety has been confirmed by the FDA, and even the Mythbusters. 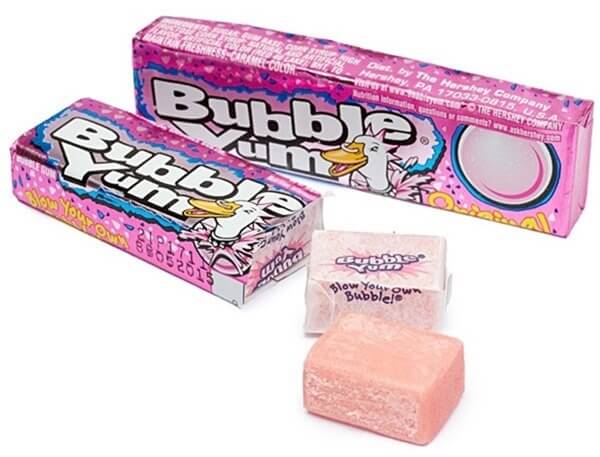 In 1976, the first soft chewing gum, Bubble Yum, from Life Savers, entered the American market. She instantly became the number one hit in the country. But with popularity, the concern often comes, and people began to wonder how the manufacturer made the gum so soft?

When the audience didn’t get the answer they were looking for, they just came up with it. The spider eggs must be added to the gum to give the product a light yet viscous consistency.

In response, Life Savers launched full-page advertisements in newspapers across the country with the headline “Someone Tells Very Bad Lies About Very Good Product.” And it worked. The Bubble Yum brand continued to live and became genuinely iconic. By the way, young Leonardo DiCaprio took part in his advertising campaign. 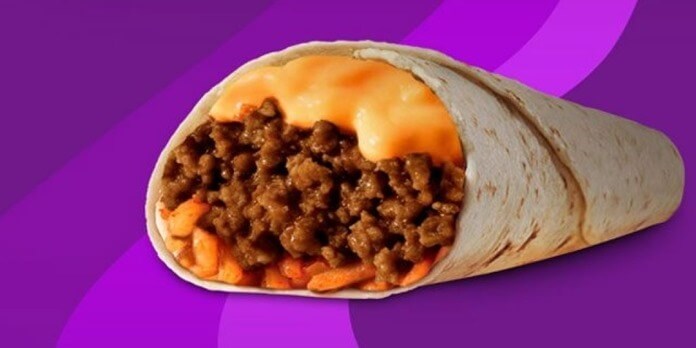 The Taco Bell brand has existed since 1962, but in 2011 there were such rumors about it that this Goliath almost fell to his knees. A class-action lawsuit was filed against the company for false advertising. It argued that the manufacturer was misleading users by calling its product “beef” because it uses a meat mixture that contains 65% additives, preservatives, and binders.

Taco Bell responded that their product was “88% beef and 12% secret recipe.” This is where the story could have ended if the Weekly World News tabloid hadn’t released a satirical article stating that Taco Bell was importing cat and dog meat from China.

The famous restaurant chain had to publish its ingredients to the general public, and the FDA has confirmed that they are composed of beef, water, Mexican spices, and other spices, but there is no dog or cat meat.

7. Snapple and the Ku Klux Klan 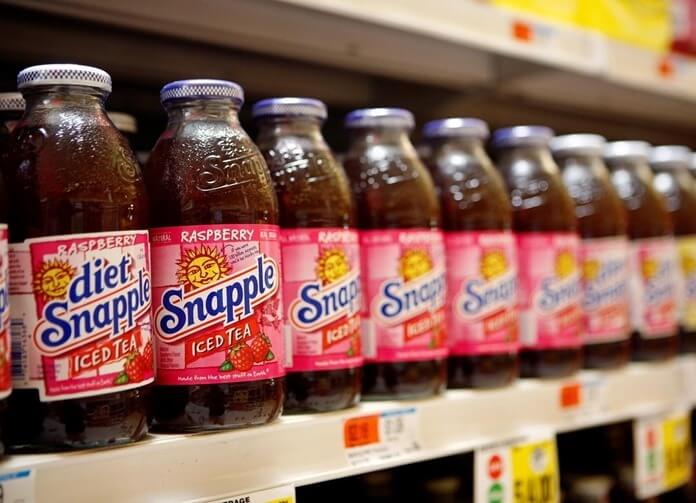 Snapple immediately changed his image, but it was too late. The rumor passed, and the audience was out for blood. You see, every bottle of Snapple had the letter “K” on it, and as they proudly displayed slave ships, there was only one thing that the letter “K” could represent. Snapple was clearly in league with the Ku Klux Klan!

Snapple’s founders, Hyman Golden, Leonard Marsh, and Arnold Greenberg, tried to dispel rumors by stating, “How can three Jewish boys from Brooklyn support the Clan?” And the letter K means that the product is kosher. 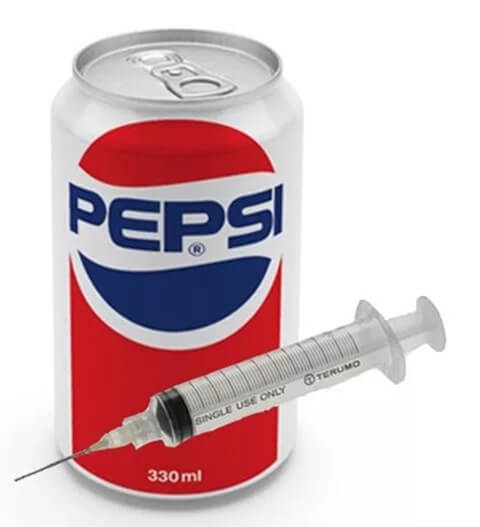 In 1990, a salesman in eastern Ontario discovered a straw in a Pepsi-Cola bottle. However, upon closer inspection, the object turned out to be a needle. The bottle was removed from the shelf and handed over to the Health Canada office.

An investigation was launched, but no formal decision was made. It was believed that a disgruntled employee at the EastCan Beverages bottling company was the likely culprit for the needle in the bottle. The incident never happened again, but it may have been a harbinger of the 1993 Pepsi panic attack.

In June 1993, articles about needle-laden Pepsi cans began to appear in the American media. For example, an 82-year-old man said that he looked into his jar of diet Pepsi to find out if there was a prize, and found a needle there. This was followed by over 50 reports of needles, bullets, and even drugs in Pepsi banks.

An FDA investigation revealed that the rumors were spread by people hoping to get from Pepsi Co. a tidy sum as compensation.

In the end, about twenty people were arrested, and most of the others withdrew their demands. And Pepsi launched a campaign to convince customers that its products are safe. 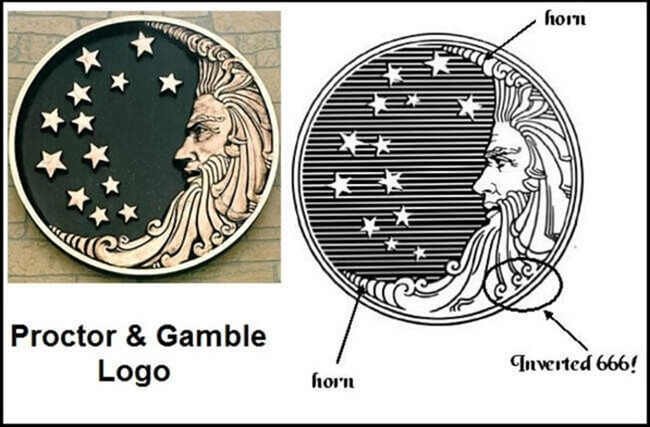 On March 1, 1994, the President of Procter & Gamble appeared on The Phil Donahue Show and announced that a portion of P&G’s profits had been donated to the Church of Satan. Phil, clearly shocked, asked the man if such frankness would affect the company’s business. The President looked directly into the camera and replied, “There are not enough Christians in the United States to change anything.”

The problem was that Donahue had the fake President of P&G on the show. But the flow of rumors was unstoppable. People started looking for devilish signs in Procter & Gamble products. For example, there were 13 stars on the logo of the company, what is it if not a “damn dozen”? And let Procter & Gamble assure that the thirteen stars were tributes to the original thirteen colonies of the United States, who would believe it? And in the curls of the man’s beard, the logo read the number “666”, albeit upside down.

A rival company, Amway, was alleged to have been involved in spreading rumors that tarnished P & G’s reputation, and several lawsuits were even filed against it. In 2007, a jury awarded P&G more than $ 19 million in damages. 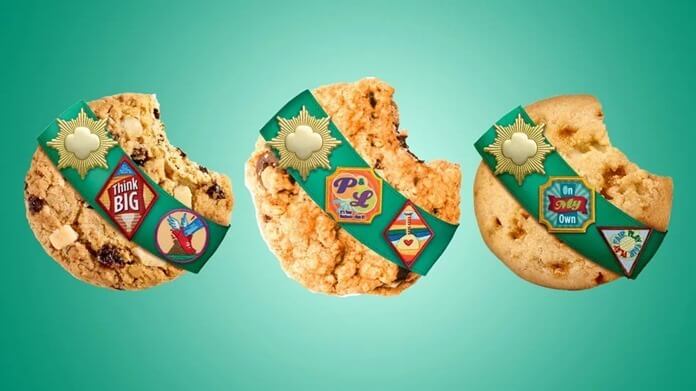 What could be worse than finding hair or a dead insect in your cookie? Only find glass in your cookies. But that’s exactly what happened in 1985 with the popular Girl Scout cookie. After information about this incident hit the newspapers, dozens of people began to claim that they cut themselves by biting into this brand of cookies. The FBI even got involved in the case, but oddly enough, Girl Scout’s maker suffered fewer losses than expected.

The organization was predicted to lose more than $1 million, but the actual losses were closer to $300,000.

3. Alcohol and bugs in Coca-Cola 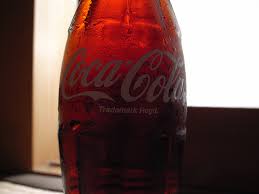 It would take a lot of time and effort to ruin the reputation of famous companies such as Coca-Cola; it’s pretty hard for Coca Cola to get ruined his reputation with rumors, but that doesn’t mean nobody tried. For some time, there have been rumors that Coca-Cola contains alcohol or that Cochineal insects are added to it, which gives the drink its dark brown hue.

Once upon a time, these bugs were used in the textile industry for dyeing threads and yarns in the production of fabrics and carpets. But in our time, there are a large number of synthetic and natural dyes, so the bugs were left alone a long time ago.

The Coca-Cola Company even posted a section on its website in which it denied rumors that damaged its reputation.

Coca-Cola was also accused of contributing to the onset of Alzheimer’s disease, but then the Alzheimer’s Association intervened. She confirmed that there is no evidence that Coca-Cola can, in any way, provoke the disease. 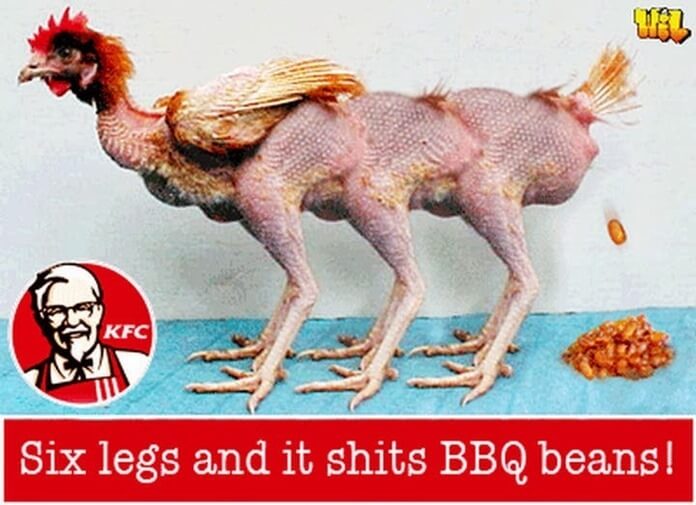 To save money and increase the size of their chicks, KFC began genetic experiments was one of those Rumors that Ruined the Reputation of Famous Companies. The birds were pumped with hormones so that they did not have beaks or feathers, or so that they could grow many wings.

At least, that was the gossip that spread across the Internet concerning a study by the University of New Hampshire. However, this venerable establishment has never undertaken such research, and KFC has filed lawsuits against detractors.

The University of New Hampshire also issued a statement denying any involvement in the so-called research, and KFC returned to the fast-food business. 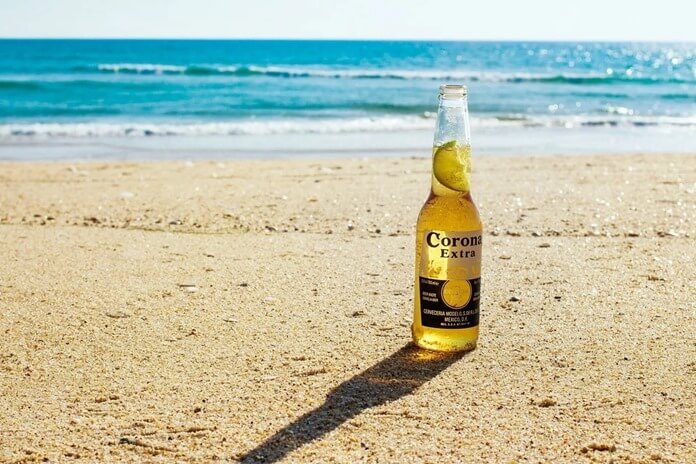 In the list of 10 Rumors that Almost Ruined Reputation of Famous Companies, we got Corona beer that was affected badly for such myths. In 1987, Corona became America’s second-largest selling imported beer, and a nasty rumor began to spread. According to him, the urine content of Corona beer ranged from 2 to 20 percent.

It may have contributed to the popularity of the rumor that Corona is yellow, frothy, and comes in a clear bottle, or maybe that some Americans still don’t trust everything that is brewed in Mexico.

It is implied that the American public believed that Corona hired professional “scribes” whose only job was to drink plenty of water and urinate into the foam.

According to rumors, the spread of such offensive and inaccurate information was facilitated by Corona’s competitor, Heineken.