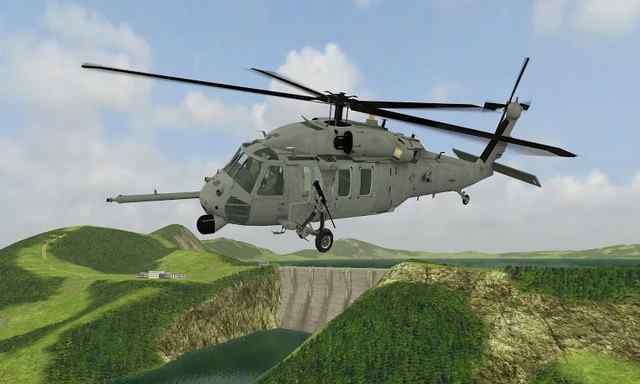 Best Helicopter Simulators and Android Games. Helicopters are much cooler than many other planes because they have the ability to land in places that normal planes cannot land. They also come in different shapes and sizes depending on the purpose for which they are being used. If you are interested in flying helicopters, you can use helicopter simulator games. Here are the 10 Best Helicopter Games.

10 Best Helicopter Games for Android to Play in 2022

Police Helicopter Flying Simulator is one of the best helicopter simulation games. If you love police helicopters, you are going to love this game because it has tons of them. In this game, you will find a variety of helicopters like Eurocopter, Bell 407, Mi-8, Apache, transport helicopter, and many more. Besides, it includes a variety of missions that will keep you engaged for a long time. You can play this helicopter game for free, but it comes with ads and in-app purchases.

Air Cavalry Pilot Simulator is the best helicopter android game to play in 2021. The game includes over 18 gunships including YH-60 Black Hawk, MV-22B Osprey, AH-64 Apache, Mi-24 Hind, and others.

The game is set in Afghanistan, so you will see a lot of mountains, hills, and arid areas where you can fly. Besides, it comes with various destructible buildings, which you can destroy with your helicopters. You can play Air Cavalry Pilot Simulator for free, but there are ads and in-app purchases.

Helicopter Flying Adventures is another very promising helicopter game that you can play to experience flying your favorite helicopters. The game includes high-quality graphics and tons of helicopters, which will keep you engaged for a long time.

It also includes a tutorial, which will allow you to learn the basics of helicopter operations so that you can easily fly your favorite helicopter. You can play Helicopter Flying Adventures for free, but it comes with ads and in-app purchases.

As its name suggests, Helicoptere Rescue Simulator is entirely dedicated to rescuing missions. In this game, you get a huge open-world spanning over 10 miles with forests, canyons, hills, and other natural habitats.

When it comes to helicopters, there are tons of them in the game, including Mi-8, Apache, Transport Chopper, and more. In addition to the regular rescue missions, it also includes training missions that you can play to stay on top of your game. You can get it for free, but there are ads and in-app purchases.

In this game, you will be engaged in immersive battles where you will have to destroy your enemies with the help of deadly helicopters.

The game includes over 40 challenging levels, which will test your helicopter flight skills. In addition to that, you will also get the boss mode, where you will encounter various bosses. You can play Helicopter Air Raid for free, but there are ads and in-app purchases.

Marina Militare It Navy Sim is another very popular helicopter game that lets you fly your favorite helicopters. In addition to this, the game also allows you to pilot the various navy planes and ships.

In the game, you will take part in various search and rescue missions, maritime control missions, formation flights, air refueling, and other interesting missions. You can play Marina Militare It Navy Sim for free, but there are optional in-app purchases.

Battle Copters is one of the newer helicopter simulation games, but it has great potential. The great thing about this game is that it lets you do more than just control a helicopter. It allows you to engage in exciting battles that will put your skills to the test.

The game features 8 player multiplayer battles which you can play as Free for All or Deathmatch action. It also includes over 17 promising helicopters for you to fly and have fun with. Battle Copters is free to play the game, but there are ads and in-app purchases.

Helicopter Army Simulator is one of the best helicopter simulation games on Android. It is a fact that armies around the world have some of the most advanced and deadly helicopters out there, and this game lets you try out most of them.

In this game, you get various army helicopters like AH-64 Apache, CH-47 Chinook, Mil Mi-8, and other deadly helicopters which you can fly. Besides, it allows you to shoot the weapons of these flying machines at dangerous criminals. You can play Helicopter Army Simulator for free, but it does exist with in-app purchases.

Aero-Hawaii is also one of the most complete helicopter simulators with more than 42 helicopters, seaplanes, airplanes, and other planes.

In this game, you will test your flying skills by landing your plane on 15 runways and 2 aircraft carriers. You can play Aero-Hawaii for free, but there are ads and in-app purchases.

Helicopter Sim is arguably the best helicopter simulator for Android. The game includes full gameplay and tons of deadly helicopters that you can pilot.

Helicopter Sim features over 30 missions and 90 challenges that will keep you engaged for a long time. In addition to that, you can fly your helicopter in various weather conditions, which will test your flying skills. If you want a helicopter simulator with tons of content, Helicopter Sim is the best option for you.

In this guide, we have shared the 10 helicopter games for Android. While most of these games are free, you might need to pay some cash to access premium helicopters and missions. If you just want a basic helicopter flight experience, you won’t have to pay a single penny. If you have any questions, please let us know in the comments.