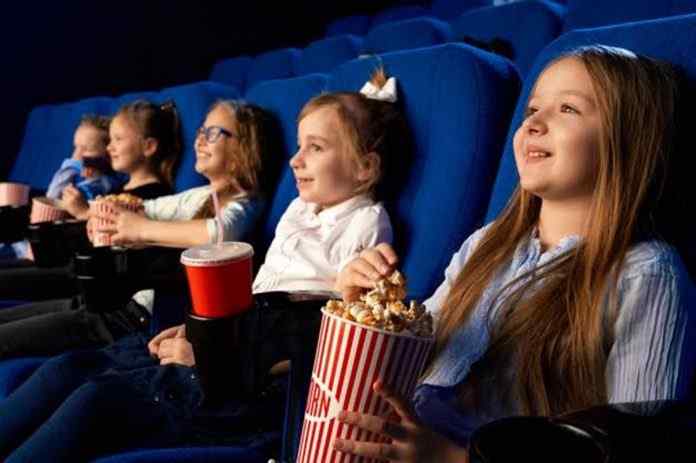 Best Kids Movies of All Time to Watch in 2021

The pandemic mostly affected our children who were stuck at home. That’s why we decided to make a list of the 15 Best Kids Movies of All Time to watch in 2021 that you should watch with your children.

The little ones who could not even go to school did not know what to watch at home; these movies are worth watching which contains moral lessons along with the joys and entertainment.

Home Alone is one of the films that come to mind when it comes to New Year’s Eve. The movie, which begins when Kevin’s family is accidentally forgotten at home while on vacation to France, realizes that he is left alone, and realizes that he has to protect his home from thieves.

This movie, in which we witnessed Kevin’s experiences, tells children how nice it is to have a family and how lucky they are, while also making them realize that they are much stronger than they thought.

In this 1971 musical film based on Robert Dahl’s book of the same name, Charlie’s visit to the mysterious chocolate factory of Willy Wonka, who lives with his poor family, is told. In terms of the functioning of the fiction, it is aimed that children never stop dreaming and hoping.

Elsa, who freezes everything she touches, leaves the kingdom when she realizes this feature in this film about princess Elsa and Anna, who are left without parents at a young age, and she leaves the kingdom and isolates herself from everything, everyone. While this film emphasized the importance of love and brotherhood to children, that differences are not a bad thing, it also managed to drag the audience after it.

Toy Story, which first came into our lives in 1995, is about the revival and adventures of toys that live in a box in a little boy’s room. In this series, which tries to explain how things work in the world of toys through 3 films, through Andy’s toys, he will learn about friendship, friendship, popularity, love, solidarity and of course protecting his toys.

This animated film tells us about the world of Nemo, the clown fish, and what went through. Nemo is his father’s only child. That’s why his father falls on him too much. Tired of this interest, Nemo sets sail for new adventures, and the film teaches children why their parents are anxious, how children can take care of themselves and how to make their parents trust their own decisions.

Kung – Fu Panda tackles many issues about fighting for your dreams and believing in yourself through Panda Po, the son of the duck who suddenly finds himself as the Dragon Warrior and makes a living by selling noodles. A unique movie for children with its inspiring teachings.

Old toy mechanic Gepetto makes a wooden puppet that he calls Pinocchio one day. The story of Pinocchio, whose nose grows as he lies, is rebellious, mischievous, disobedient, but also desperate to be a real child. In this movie, he emphasizes that children should listen to the words of adults and how bad it is to lie.

Written and directed by Hayao Miyazaki, this 1988 Japanese animated movie depicts the relationship between two sisters and forest spirits. Miyazaki, who kneads the communication that man establishes with nature and the world, friendship, love, belonging, and many feelings about humans, with unique fairy tales, is perfect for developing the imagination of children.

King Neptune’s crown has been stolen. Mr. Krab appears as a criminal suspect. But Sponge Bob, who does not accept such an accusation, sets out with his best friend Patrick to do something. If they go to Shell City and can do something and replace this lost crown, it will save Mr. Krabs’ life as well.

Pad is a young Peruvian bear and was raised by his aunt. Staying in the same house with retired bears, Pad gets bored and sets out to look for a new place. Pad, who is interested in everything English, disappears at the station and thus takes a journey he does not know.

Ratatouille is about a mouse, the unexpected chef of French cuisine. Despite all the difficulties he sees from people, fare Remy, who does not give up his dream of becoming a chef, begins to cook his meals in one of Paris’ famous restaurants. It is about the adventures of Ramy, who will do his best to reach his goal, to reach his goal.

Maurice lives with his three daughters in a small house in a town in France. Unlike her selfish siblings, Belle (Beautiful) is well-intentioned, intelligent, and bookish. The whole town admires Belle. The town’s arrogant handsome Gaston is always on the hunt for Beautiful, but Belle doesn’t give him a face.

When Maurice returns from a journey, he takes refuge in a great castle because of a storm. He rests in this castle where there are no people, and he plucks one of the roses in the garden to take him to his daughter. These roses belong to the Beast (Dan Stevens), who was turned into a monster by an evil spell, and, angry at what the merchant did, he locked him in a dungeon.

To save her father, Güzel agrees to be a prisoner of the Beast by sacrificing himself. Only true love can break the evil magic in this castle. This 1992 Disney movie has managed to become one of the classics and the love for children,

Emmett, the Lego figure, is seen as the person who saves the world, despite being ordinary and following the rules. Therefore, to save the world, he has to form his own team and save the world.

The Wizard of Oz, shot in 1939, is still a very interesting and entertaining children’s movie. The film is about Dorothy’s dream world, who lives in a quiet place with her relatives, and introduces us to witches, talking animals, and many other mysterious characters.

Falling from a very deep well, Alice has turned into a movie full of fascinating and mysterious characters, the story of which we know very well, starting with her journey to wonderland. Alice in Wonderland, which has a cartoon that is among the best children’s animated films and was adapted to the cinema, is once again fascinating.

That is all we got for you in the article of 15 Best Kids Movies of All Time that you should watch with your Children in 2021 where the due to quarantine the life is so boring. We hope that you like the article, tell us in comments which Movie your kid and you love the most.

8 Best Leather Perfumes For Women in 2022