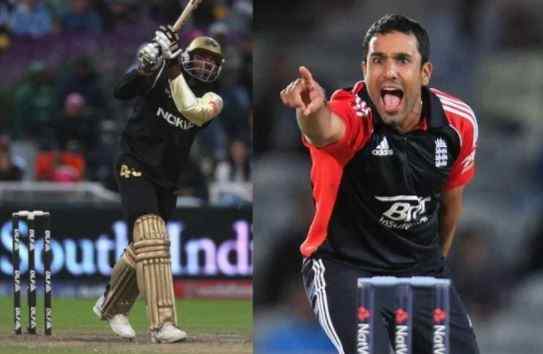 3 Most expensive spells of All-time in IPL

Since the inception of the IPL, this league has found one of the most explosive bowlers and great batsmen among the local and foreign players. The IPL has seen quite a thrilling fight between these batsmen and bowlers. Sometimes a bowler has dominated the batsmen and sometimes a batsman has dominated the bowler. The game of cricket has already seen some expensive overs. Speaking of IPL, today we are going to tell you about the top 3 most expensive bowlers of all time in the history of IPL.

The IPL is a big platform for unknown players to make a name for themselves. The IPL has so far given a chance to a number of young unfamiliar faces to come forward. Prasanth Parameswaran, a bowler from a small village in Kerala, has also played some matches for the Kochi Tuckers Kerala.

Prasanth Parameswaran also played in Kerala’s domestic cricket team for the last time in 2015. But in the IPL, he gave the batsman a chance to make a big score against him. A match was played between RCB and Kochi Tuskers Kerala in the 2011 IPL season. In this match, Kochi can bat first and score only 125 runs.

RCB then won the match courtesy of Chris Gayle’s explosive innings. Chris Gayle hit 4 sixes and 3 boundaries against a bowler named Prasanth Parameswaran. 1 ball is no ball and a total of 36 runs in this over. Prasanth is one of the most expensive bowlers in the history of IPL.

Chennai Super Kings batsman Suresh Raina took the class in the IPL. In this match, Punjab batted first and scored 228 runs. In response, Raina came and batted in an explosive mood. Raina scored 33 runs with the help of 5 boundaries and 3 sixes in a single over. Parvinder Awana Spell is considered as the second most expensive spell in IPL history.

In the 2010 season, KKR batsmen Chris Gayle and Manoj Tewari combined to score 33 runs in one over by Ravi Bopara. In the 13th over of the innings of this match, Manoj Tewari struck the first ball for one run. Gayle then hit 4 sixes. Bopara also gave 5 runs with 1 ball wide in this over. Altogether 33 runs were scored in this over which is the third most expensive bowler in the IPL.