What Things & Places to Visit in Strasbourg

The city ​​of Strasbourg offers us different places to see so that we will focus on the essentials. Discover all the places of interest that the city of Strasbourg provides you for your next trip.

Strasbourg is the capital of Alsace and a city with great charm that its visitors like very much. In its oldest areas, we can see typical half-timbered houses from the 16th and 17th centuries and also have beautiful squares, a cathedral, and a picturesque area by the river—definitely an excellent place for a quiet weekend getaway. 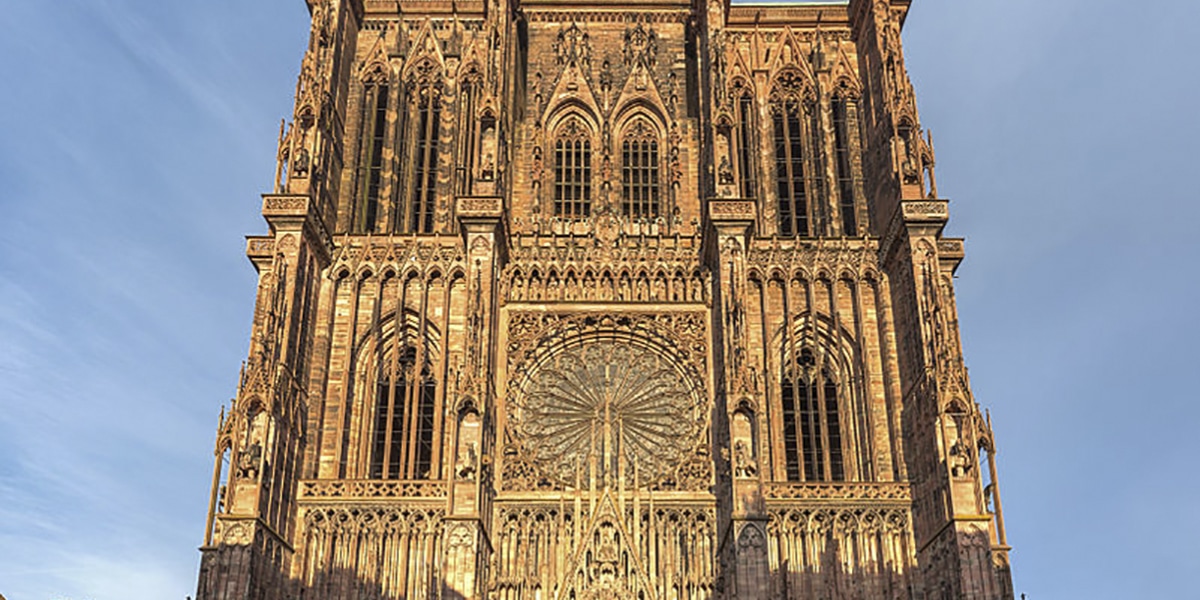 The Notre Dame Cathedral is a cathedral in the Gothic style which took centuries to build. Its facade impresses with the large number of details it has. For several centuries it was the tallest building in the world thanks to its 142-meter tower.

You can also enjoy its old organ, its interior, and the astronomical clock. It is located a few minutes’ walks from the Petite France area and is a World Heritage Site. It is possible to climb its tower to enjoy the views of the city. 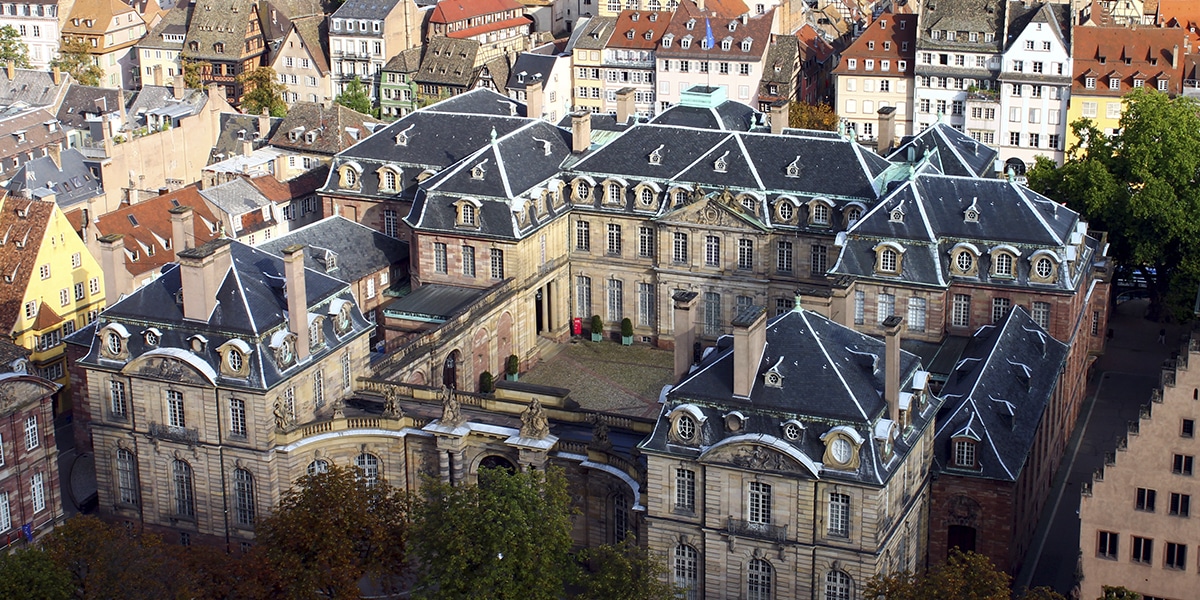 This palace is on the Place du Chateau, also near the cathedral. It is an old building from the 17th century that is already beautiful in itself, but which also today houses several of the city’s museums, making it a must-see. Inside we can visit the Museum of Fine Arts, the Museum of Decorative Arts, and the Archaeological Museum. 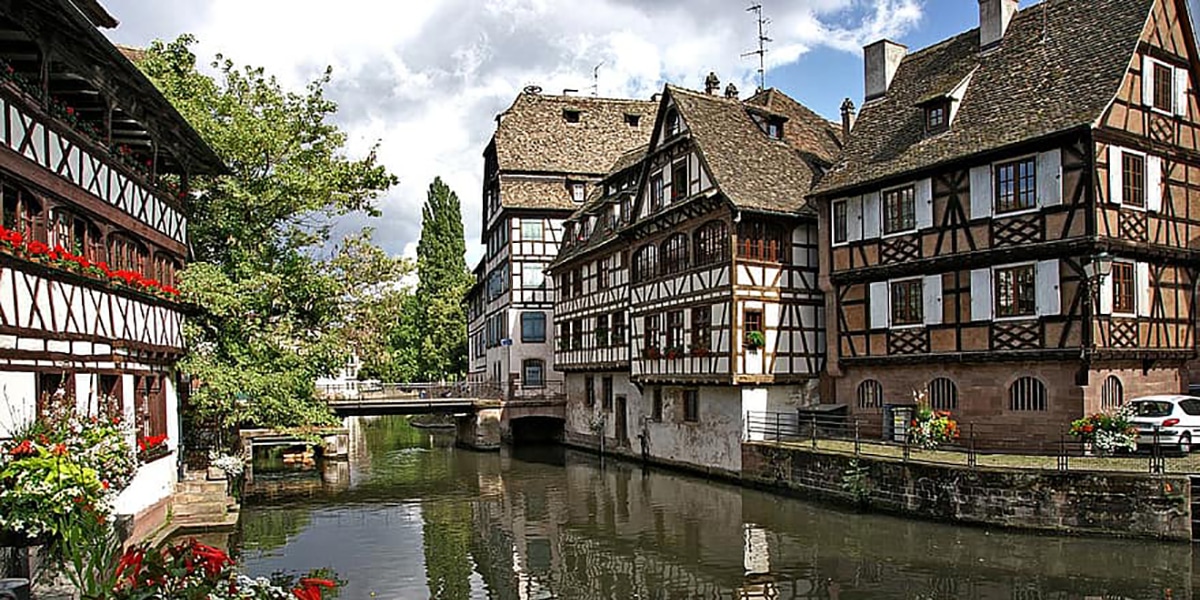 It is the oldest neighbourhood in the city, and without a doubt, the one with the most charm. It is an area located next to the River Ill on the Big Island and surrounded by channels through which you can navigate to see everything from another perspective. The well-kept half-timbered houses decorated with flowers are striking.

One of the most visited houses is the Maison des Tanneurs or the House of the Tanners. It is the ideal place to get lost, taking walks through its beautiful streets and take many photographs, although it is also usually a very crowded place. 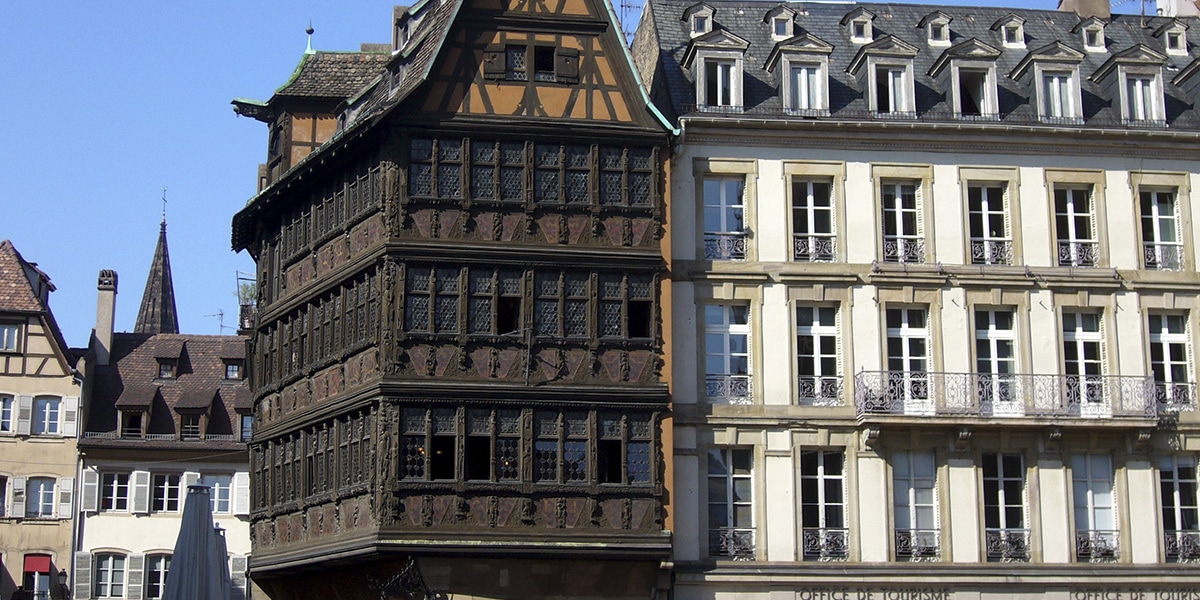 If we are in the Plaza de la Catedral, we will indeed be struck by a dark wooden building full of windows that looks old. We will be in front of the Kammerzell House, the best-preserved medieval building in the city and without a doubt the most beautiful. It is a 15th-century building and if you want to see it inside you will have to eat in its restaurant or stay in the hotel it has become. 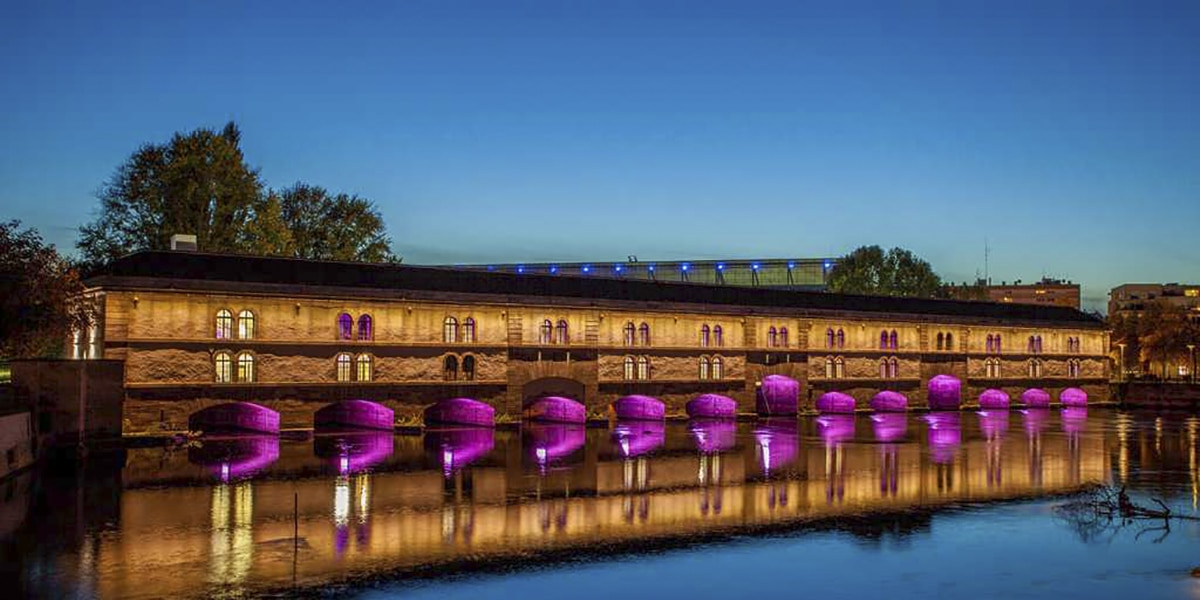 This ancient city continues to amaze with its buildings. We have the so-called Covered Bridges, which are three bridges with four defence towers that are located at the entrance of well-known Petite France. They dated back to the 13th century and were built to avoid enemy attacks on the city from the river.

A few meters from these towers and bridges is the Vauban Dam, which also had a defensive character, as it raised the level of the river before a possible attack to make the passage difficult. Today inside the dam, you can see sculptures, and it is illuminated at night. 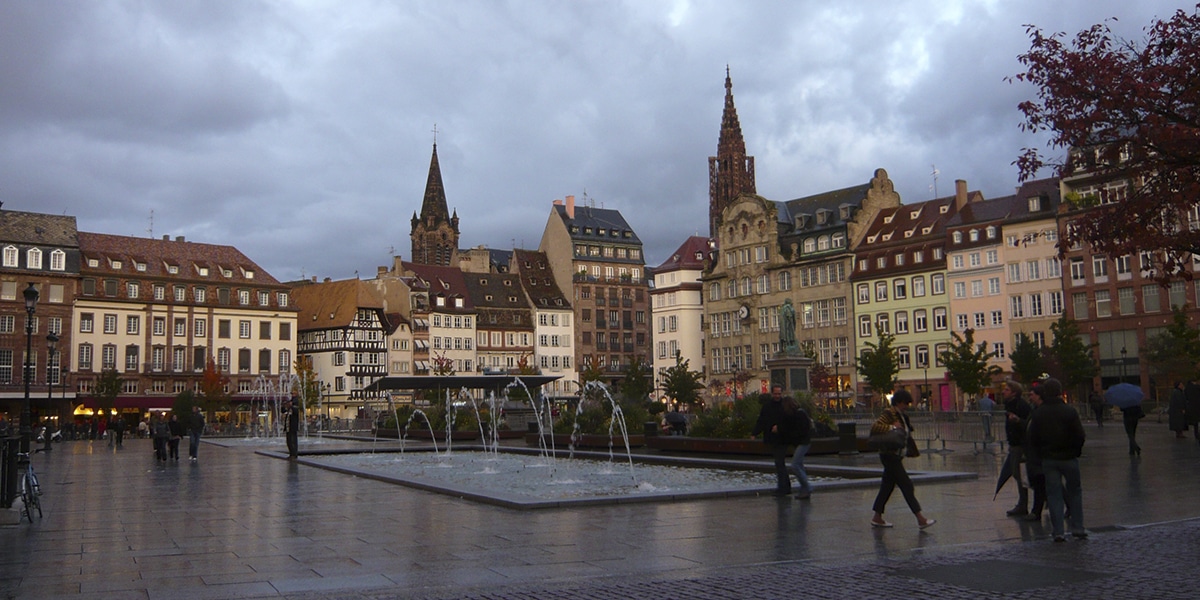 This city has several main squares such as the Plaza de la Catedral, where we find the cathedral, the Casa Kammerzell, or the Farmacia del Ciervo, which was the oldest pharmacy in the country, today converted into a boutique. Other important squares are the Place du Marché aux Cochons de Lait or the Place Gutenberg.

An Etiquette Guide for Choosing and Sending Sympathy Flowers

Tips to End a Relationship Gracefully

5 Stages of a Romantic Relationship

5 Clothing Errors You Need to Avoid

ABOUT US
Topandtrending.com is one of the fastest-growing websites. Top and trending is your news, entertainment, top 10 best, music, fashion, sports, tech, games, mobile site. We provide you with the latest news from around the world.
Contact us: topandtrendingofficial@gmail.com
FOLLOW US
© 2022 Developed with ❤️ by team Top and Trending
MORE STORIES
Beauty