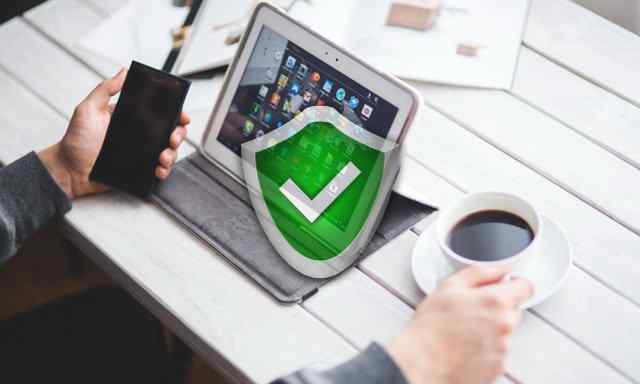 Best Antivirus Android Apps. Android is a relatively open platform, it allows you to customize and download the app from anywhere, but that freedom also makes it less secure. You can get viruses, malware, or ransomware in a malicious app and compromise your entire smartphone. In this case, antivirus apps are very useful because they not only offer active protection against viruses but also detection of malicious elements hidden in your smartphone.

360 Security is a very good application that protects your Android smartphone from viruses and other threats. The app has a lot of cool features, but at the same time, you can’t use a lot of unwanted features. In the case of malware detection, it works fine. The app also comes with the storage cleaning option which is very useful. It has a free version as well as a paid version. The free version comes with the ads and you can remove the ads by spending $ 5.49 per year.

Kaspersky is one of the popular antivirus services. The Kaspersky application is just as impressive as its PC version and offers many security features, such as SMS and Calls Blocking service, various scans, virus updates, and anti-theft support. The premium version also brings additional features such as real-time protection, app lock, and many more.

Kaspersky Mobile Antivirus has excellent virus and malware detection capability. You can use the free version and offers the same level of security as the paid version. The premium version offers a few additional features, but they are not very important. The premium version is available for $ 14.95 per year.

Avira is a household name and a very good popular antivirus service. The app offers a plethora of scan options including device scan, real-time protection, SD card scan, and more. Avira also offers many other useful features like anti-theft, privacy scan, blacklist, etc. The application is also very light and does not affect the performance of your smartphone. If you are looking for a complete antivirus package, Avira is a great option.

Avast Antivirus is one of the most popular antivirus apps on the PlayStore. The app has 100 million downloads and is used by millions of users across the world. Avast Mobile Security (Avast Antivirus) comes with a lot of security features like various scans, call blockers, anti-theft support, photo safe, etc. The app also includes reminder features which are not very useful. The app comes with a 14-day free trial to demonstrate the product and the premium version is available for $ 11.99 per year.

AVG Antivirus is another very popular antivirus application that offers similar services to Avast Antivirus. Avast purchased this service in 2016 and operates as an independent subsidiary. The app offers anti-theft tracking via Google Maps but it doesn’t work very well. Overall, AVG Antivirus is a good antivirus and it offers a lot of great features. AVG Antivirus also applies the same pricing structure as Avast, where you get a 14-day free trial period and the Premium version is available for $ 11.99 per year.

Bitdefender Antivirus Free is one of the few free antivirus applications available today. Bitdefender Antivirus builds on the basics by offering basic scans. The app lacks sophisticated security features which make it ideal for those who don’t like complex antivirus applications. The app doesn’t offer any in-app purchases, but ads do appear from time to time.

Another great antivirus service that has been around for years is ESET. The ESET Mobile Security and Antivirus application come with many great features such as anti-theft support, security auditor function, many scanning options, etc. However, this is one of the few anti-virus apps that require your email to be installed, but it is a one-time installation. The app has the free version as well as a paid version which is available for $ 14.99 per year.

Another very popular antivirus application is Lookout Antivirus and Security. Lookout Antivirus offers all the security features, such as various scans, Anti-Phishing protection, Identity protection, and Anti-Theft functions. The app also offers some unique features, such as identity protection, identity assurance, and WiFi scanning, which you won’t find in many antivirus apps. The app offers a free version as well as a paid version available for $ 29.99 per year.

McAfee is another very popular antivirus app with a lot of security features, which also makes it one of the heaviest apps on this list. The app has all the usual security features you find in other antivirus apps, as well as some unique features like taking photos of the potential thief, as well as logging locations, and viewing them in the cloud before shutdown. from the phone. The app has a relatively old user interface but is still simple and easy to use. Overall, McAfee is a great option for those who want tons of security and privacy features on their smartphones.

Norton is a great antivirus app with some really cool and useless features. The app offers malware, viruses, spyware protection, and a variety of scans. It also comes with additional security features like saving the location of the device when the battery is about to die, real-time protection, anti-theft features, and more. The app offers the free version as well as the paid version, which starts at $ 14.99 per year and goes up to $ 39.99 per year.

5 Best Cyberpunk Anime of All Time!

What are the Risks of Humidity in the Home

An Etiquette Guide for Choosing and Sending Sympathy Flowers

5 Best Cyberpunk Anime of All Time!

ABOUT US
Topandtrending.com is one of the fastest-growing websites. Top and trending is your news, entertainment, top 10 best, music, fashion, sports, tech, games, mobile site. We provide you with the latest news from around the world.
Contact us: [email protected]
FOLLOW US
© 2022 Developed with ❤️ by team Top and Trending
MORE STORIES
Applications