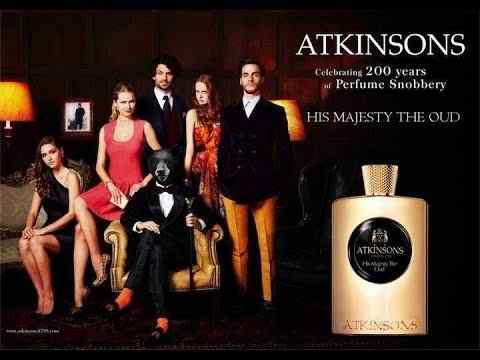 Best Atkinsons Perfumes For Men. The reputation and years of a brand are what define in many ways its success or failure, although one thing is for sure, and it is that having so much time in people’s taste means that they have done something well, That has been Atkinsons’ premise since its perfumes were first seen in stores more than 200 years ago.

This brand was born in England and since then they have not lost their style and their stamp for their public, be they, men or women, although we want to focus on the former in this case. Distinguished and above all varied aromas have made those who use them feel comfortable with them.

These 7 Best Atkinsons Perfumes for Him are those wonderful colognes that despite having been on the market for too long, continue to generate the same strong emotions as the first day in men, after all, the English style never dies.

The perfume more like the adventurous and fearless men, the Pirates’ Grand Reserve is the aroma indicated for them. This one was launched in the year 2017 and includes the Amber Spicy olfactory family for Men like yours. It is a perfume with which to go out without fear of your personality. 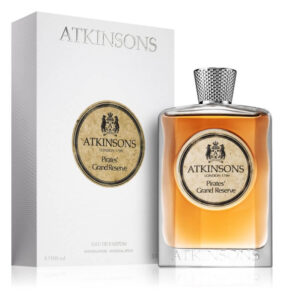 With an aroma that intoxicates and is strong, very strong, this perfume has to its credit an essence that on the one hand is woody and full of vanilla, while on the other it has a lot of heat, in addition to having rum, the incentive that a truly addictive aroma with a tendency to intoxicate returns.

It is no less true that its notes help this and those of rum and vanilla, these create a powerful atmosphere, while those of cedar and geranium heart give some air. The patchouli background gives it intensity and energy. It is a perfume for winters and has long-lasting longevity and a very heavy scent.

2. The Big Bad Cedar by Atkinsons

Another of Atkinsons’ perfumes that are for outgoing men is The Big Cedar, a scent that speaks for itself and that has become notable for its very strong presence. It is a perfume of the Woody Cyprus olfactory family for Men and was launched in 2016. 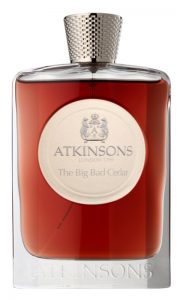 This aroma is one of its great pillars, especially because it has aromatic wood, in addition to certain floral touches to make it a little softer and more commercial. Its aroma at the same time contains some musk that gives it a lot of masculine presence.

The Big Bad Cedar is a perfume that includes some notes of cardamom and sage very fresh, while the heart of Virginia cedar added strong manly air. Its base note of oakmoss makes it a good fall scent and it boasts moderate longevity along with a heavy trail.

Counting with a pleasant, fresh, and also very natural presence, the Mint & Tonic is an Atkinsons perfume that is within the famous Citrus Aromatic olfactory family for Men and that was launched in 2018. 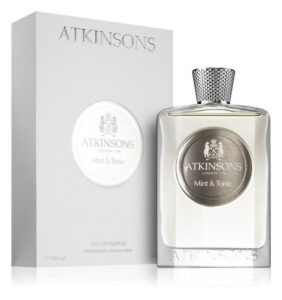 The aroma of Mint & Tonic is as its name says, really citrus, given to show its early aroma by a heavy trail, while it also has many chords of mint and fresh in general, therefore, you have to think of it as a real option in summer. It also has some wood, although very little.

Its notes are delicious, some mint, grapefruit, and lemon leave its aroma one too citric and fresh. Those with a mandarin and ginger heart make their aroma a fruity one, and the background of vetiver adds that extra strength. And its longevity is durable and has everything you need to refresh yourself on any day, for very hot and intense that it is the sun.

4. The Other Side Oud by Atkinsons

We return to the old formula that has served Atkinsons so much, aromas with wood and a lot of masculinity, such as the case of The Other Side Oud, an aroma that is within the Amber Woody olfactory family for Men and that was launched in 2019. 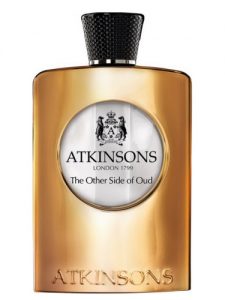 Contributing a lot of spicy heat, this perfume has had a combination of sweet coffee scents in its interior along with others such as vanilla and aromatic, so you can boast of a delicious perfume that will be best used in spring.

His explanation does not have much science if we use his notes, which are cinnamon at the start, giving intensity to his presence. Those with the heart of geranium and oud wood, as always, command with that aroma of an English man and the background of coffee beans and vanilla gives a delicious touch to an exclusive aroma. Like all Atkinsons perfume, this perfume has long-lasting longevity, while its trail is heavy.

The aroma for the Atkinsons gala parties, without a doubt that the Amber Empire is a perfume to be taken seriously especially in terms of its aroma since it is from the Amber olfactory family for Men, which by the way was launched in 2015. 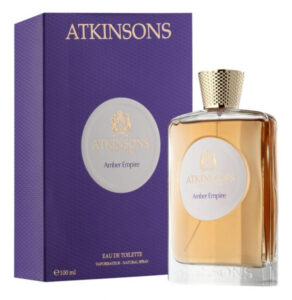 The aroma of this perfume is linked to amber precisely and all the heat it gives off, which already gives you an idea that it should be used in winter. However, it is also full of vanilla and wood accords, managing to be a very striking perfume for women who observe you.

Let’s look at its notes for a moment, these are vanilla, myrrh, sandalwood, and incense. A combination that leaves a very well-composed, robust aroma with an elegant presence as a result, in addition to this, it has well-defined longevity in the moderate and a heavy trail. It is the typical perfume that simply cannot go beyond gala parties or special moments.

6. Lavender On The Rocks by Atkinsons

Until now, we had not had an Atkinsons perfume that was as floral and fresh as Atkinsons Lavender On The Rocks, a fragrance that captivates with its essence. This scent is within the Amber Floral olfactory family for Men and was launched in 2014. 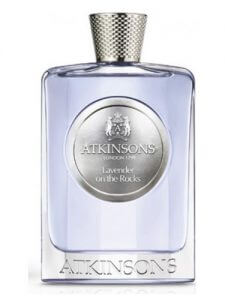 The aroma of a perfume like this is quite linked to very fresh chords, with a tendency towards spices and also lavender itself, which gives it that extra flowery inside a bottle that is already iconic. That is why we are facing a floral and fresh perfume like few others.

About its notes, we have the top notes of rose and geranium to provide more body, those with a heart of lavender and honey give the scent of fresh flowers, as well as a sweet presence and a background of amber and saffron to make it really heavy in its wake. This perfume will make you taste good times in spring and also has short longevity.

To speak of Scilly Neroli is to speak of a perfume that has really original manufacture and that was a bit unmarked from what the brand had been doing up to that time. This scent is within the Aquatic aromatic olfactory family for Men and was launched in 2016.

The note that predominates in this perfume is the neroli as it could not be otherwise and makes it adopt a practical and certainly very fresh and citrus aroma. Besides everything, it is a perfume that has aromas of the sea ​​and a lot of ambers. That is why it stands out as one of the simplest, but well elaborated English brand.

Itsbrandsnotes of lemon and petitgrain is ideal to bring out a perfume full of citrus and with very short longevity. Those with a heart of neroli and background of patchouli give this perfume an air that is too fresh, it should be noted. It is a perfume for summer and has a very heavy trail.

What is the first thing you notice when wearing an Atkinsons perfume? Being a really sophisticated perfume, but that does not lose anything of virility and masculine elegance, that is why they are the best scents for men around the world who appreciate the English world and its immortal style.

With chords in all their aromas that go beyond the bottle, all these best Atkinsons perfumes have transcended from time to time and it can be said that they are for men of any age, a feat of luxury.