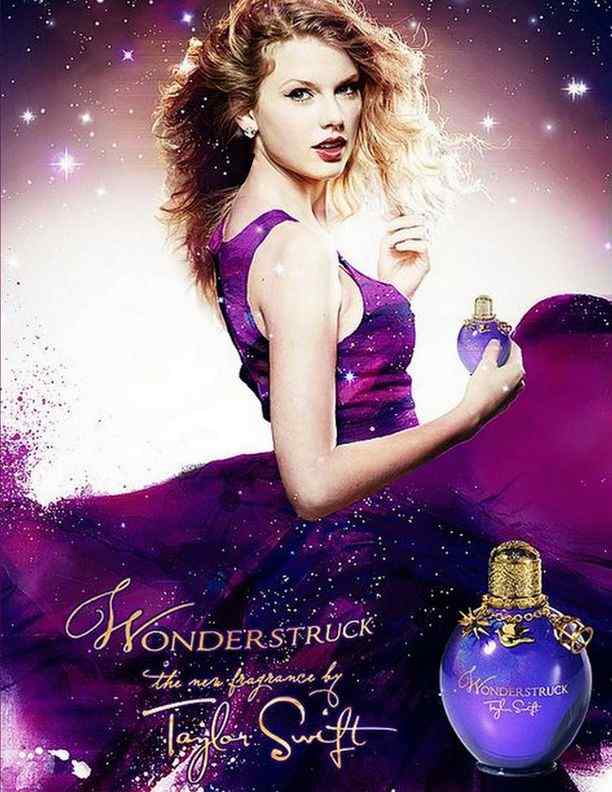 A diva of global proportions such as Taylor Swift could not afford to remain outside the entire spectrum that fashion means and for this, she accessed perfume shops around the world to stand out as much or more than on the stage, but without losing anything that characterizes her so much.

Nothing has seemed difficult to this girl from Pennsylvania and born in 1989, and that is why she carved out a rather meteoric career to the point of holding various records for sales and also for awards. The 5 Best Taylor Swift Perfumes For Women will simply provide everything you have in your room with magic and many dreams to fulfill.

If you still have not decided to use her perfume brand, then this article will be for you everything you need to be able to reaffirm all the star sensations that this girl causes to flood the whole world.

Best Taylor Swift Perfumes For Women To Buy in 2022

The first perfume that has the full support of both the critics and the public has been Wonderstruck, which is also the first to be analyzed for this article. It is included within the Floral Fruity olfactory family for Women and was launched in 2011, while its designer was nothing more and nothing less than Olivier Gillotin.

Its aroma is quite loaded and quite strong at all levels since it has elements inside such as notes of raspberry, strawberry, vanilla, amber, musk, and peach. This has generated in its aroma a distinctly fruity essence, but always being sweet fruits that have nothing of citrus. In another vein, the other half that makes up its aroma is made of vanilla candy.

It should be noted that it has long-lasting longevity and a moderate trail, which makes it very good for spring.

4. Taylor by Taylor Swift Made of Starlight

You should especially marvel when you scent Taylor by Taylor Swift Made of Starlight, a scent as meteoric as this American artist’s own career. It has all the chords that a girl loves and that is why it is part of the Floral Fruity For Women olfactory family and was officially launched in 2014. 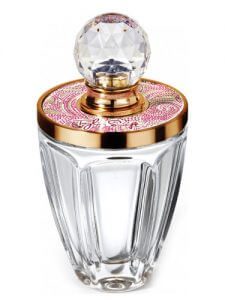 With this perfume, you will find quite remarkable notes of passion fruit, orange blossom, honeysuckle, musk, peach, and wood, all of them to achieve an air very attached to summer.

With its aroma, you will find yourself fully with citrus, sweet, and slightly floral fragrance that nevertheless does not lose anything of the summer and has moderate longevity and a soft trail. It is, therefore, a perfume for young girls who want to have fun.

Simple in its name, complex in its interior, so we could highlight Taylor Swift’s Taylor, an aroma that is made and prepared for the Floral Fruity olfactory family for Women and that was launched in 2013. This perfume is also one that has all maturity made perfume by the singer and that is why it is recommended for girls who pass adolescence. 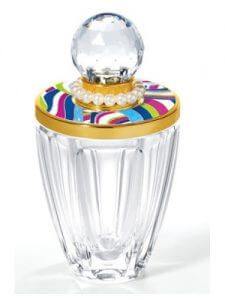 Secondly, we recommend it for everything it contains, such as a large number of aromas and various seasons in its notes of tangerine orange, vanilla orchid, sandalwood, musk, and magnolia petals. Its aroma will be quite loaded with flowers, as well as fruity and even fresh touches that make a special impact in winter.

It should be noted that its aroma also has some sweet elements inside, although there are not many. Finally, we can highlight its very long-lasting longevity and heavy trail.

For a change, dreaming has always been a constant for Taylor Swift, and that is why she launched Incredible Things, a scent that is part of the Floral Woody Musk for Women olfactory family and was introduced in 2014. It has inside with a series of keynotes such as pink pepper, grapefruit, vanilla from Madagascar, vetiver from Haiti, and musk. 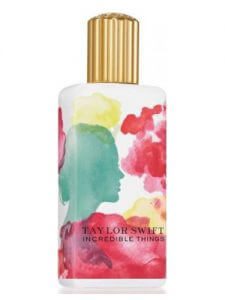 With all these aromas, it is not surprising that it is a perfect perfume for autumn, besides that it will be entirely distributed between the musky and the vanilla to suppose a powerful hit of sweet in your senses, because it enjoys a lot of presence with lasting longevity and a very heavy wake.

Another factor that affects so much power of smell is in the warm amber that is added to the wood so that it feels strong and reluctant to any change.

To close, we will do it with the Wonderstruck Enchanted Taylor Swift by Taylor Swift, a scent that is clearly influenced by everything that this girl likes most, like sweets, and that is why it is a perfume for young women. This one was launched in 2012 and its creators are Jean-Marc Chailla and Loc Dong.

Being from the Oriental Vanilla olfactory family for Women, a light perfume could not be expected, but rather flirtatious and this is what its notes of vanilla, musk, wood, passion fruit, poppy and sugar heart do to give you an always direct aroma, sweet and fruity. This means a full and summer delight.

We cannot end without telling you that it contains long-lasting longevity and a moderate trial.

This girl who always has control in her hands offers you The 5 Best Taylor Swift Perfumes For Women that bears her stamp and soul, being spectacular for those young women who are looking for references and who are better than Taylor Swift for this mission.