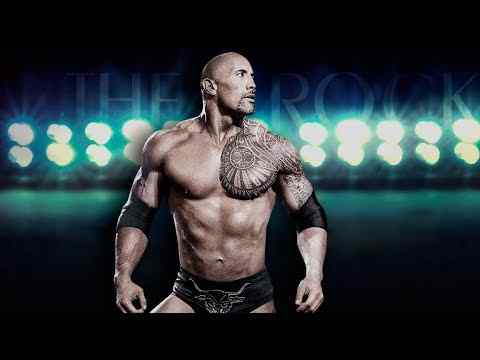 Richest WWE Wrestlers in The World. Wrestling is now one of the most valued and highest-paying sports in the world. There are several WWE wrestlers who earned millions of dollars from Wrestling.

WWE is one of the most-watched entertainment sports in the world where wrestlers show their skills and performances to entertain viewers. In recent years, WWE produced some of the most aggressive and top-rated Wrestlers who took the sport to next level.

A post shared by Joe Anoai aka “Roman Reigns” (@romanreigns)

Roman Reigns is an American professional wrestler and actor. He is one of this generation’s most popular WWE megastars. Roman has won the WWE Championship three times and the WWE Universal Championship twice during his career. He held the record for most eliminations in a Royal Rumble match with 12 in 2014. WWE intended for Reigns to be the company’s next face. Roman kings’ net worth is estimated to be $15 million in 2021.

Big Show is widely regarded as one of the most powerful and wealthy wrestlers in the WWE’s history. He wrestled for WWE (previously the World Wrestling Federation) from 1999 to 2021 under the ring name Big Show.

Read More: Richest Sportsmen of All Time In The World

The Undertaker is a well-known character in WWE history. He has been regarded as one of the greatest wrestlers for over 30 years in the wrestling entertainment industry. He was a prominent figure in WWE during the 1990s and early 2000s. The Undertaker is the longest-serving wrestler in WWE history (30 years). He is widely regarded as one of the greatest professional wrestlers of all time, as well as the wealthiest and highest-paid wrestler in history.

Hulk Hogan is widely regarded as one of the all-time great wrestlers. He has worked as a professional wrestler, a television personality, and an actor. Hogan is one of the 1980s’ most successful wrestlers and the world’s most valuable wrestler.

He joined the World Wrestling Federation in 1983. Hogan was extremely successful in his early years, winning the WWF Championship five times. He is also the only wrestler in history to have won two consecutive Royal Rumble matches, which he accomplished in 1990 and 1991.

Ladies and Gentlemen, my name is #PaulHeyman, and I am the #Advocate for the reigning defending undisputed @WWE Heavyweight Champion of the World @BrockLesnar! #SurvivorSeries #Chicago #L4L #Looking4Larry#RAW #Smackdown @USA_Network @WWENetwork pic.twitter.com/9r2QnV6Vbs

Brock Lesnar is an individual who does not require an introduction. He is one of the greatest ring entertainers in the WWE and UFC. Lesnar joined the WWE in 2000. He joined the UFC in 2006 and quickly rose to prominence.

Lesnar returned to professional wrestling in 2012, and two years later, at WrestleMania 30, he defeated The Undertaker, ending The Undertaker’s undefeated streak at the event. Lesnar is the first person in history to hold both the UFC and WWE world championship belts.

Kurt Angle is one of the most talented and all-around Olympians in WWE history. He is best known in WWE for his nonstop fighting games. Angle has won four WWE Championships, including one as the World Heavyweight Champion.

Stone Cold is widely regarded as one of the greatest professional wrestlers of all time. He joined the World Wrestling Federation in 1995, and hasn’t looked back since. Austin won nineteen championships during his wrestling career.

#F9 is such a thrill ride. Non-stop, fast-paced, with a great story. So grateful to hear so many fans have already enjoyed it!!!! See it in theaters NOW! https://t.co/nksJYzO6wz pic.twitter.com/PCmnRSp8AQ

Cena has a contractual relationship with WWE and is widely regarded as one of the industry’s best professionals. Cena has won the United States Championship five times and the World Championship seventeen times. Additionally, he created two Royal Rumble games and Bank’s Money. He will appear in several upcoming films, including F9 and The Suicide Squad in 2021.

A #ThankYou goes out to everyone who made #NXTTakeOver possible, especially our #InYourHouse original, Todd Pettengill! #WWENXT #WeAreNXT pic.twitter.com/0evkEpuxU0

Rock is widely regarded as the most vicious wrestler in WWE history. He was a member of WWE in the early stages of his career. After an eight-year career in WWE, he decided to pursue acting professionally. He is currently one of the most highly regarded, wealthy, and compensated wrestlers on the planet. Rock is a ten-time world champion, a two-time Intercontinental Champion, and a 2000 Royal Rumble champion.

He has starred in a number of films, including The Game Plan (2007), Hercules (2014), RampageJourney 2: The Mysterious Island (2012), and Skyscraper. The Rock is currently the richest wrestler in the world, with a net worth of $400 million-plus. Though his fortune is not entirely due to the WWE or wrestling. His other professions, such as acting, contribute significantly to his net worth.

ABOUT US
Topandtrending.com is one of the fastest-growing websites. Top and trending is your news, entertainment, top 10 best, music, fashion, sports, tech, games, mobile site. We provide you with the latest news from around the world.
Contact us: topandtrendingofficial@gmail.com
FOLLOW US
© 2022 Developed with ❤️ by team Top and Trending
MORE STORIES
Top