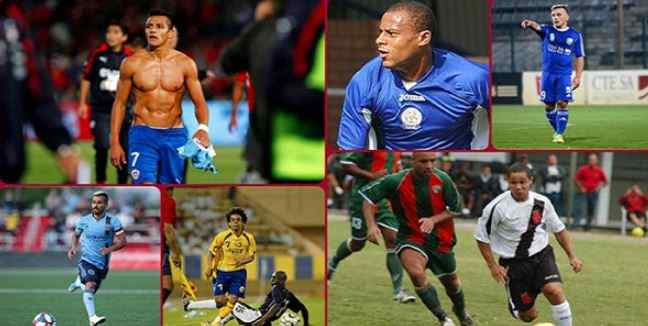 Top 10 Shortest Footballers in the World

Football is one of the most popular sports in the world. Where footballers fascinate the world with their physical exercises and tactics. The height of the footballers becomes very important here. Relatively tall footballers are ahead of short players in many cases starting from the head.

However, there are still many footballers in the world who have come out of the confines of their height and established themselves at the highest level of talent and effort. Today we will know about the 10 shortest soccer players in the world.

Brazil’s Elton Jose Xavier Gomes tops the list of the smallest footballers in the world. Born in Palmeira, Brazil, the 33-year-old attacking midfielder made his professional debut in 2004. In 2006, the Romanian club signed a contract with București. He is currently playing for Al-Qadis, a professional club in Saudi Arabia. For the first time in the club’s history, the young footballer scored 11 goals for former club Al-Fatah.

Argentine footballer Daniel Alberto Villalva Barrios is at number two on the list. The striker, who is a little over 5 feet tall, once made a name for himself as a junior footballer for the Argentine club Riverplate. Vialva, 26, plays for Veracruz, a Mexican club.

Polish footballer Marchin Garuch, the 5-foot-1 midfielder plays for GKS Belshatour, Poland’s second league team. Garuch can pull the ball with great speed at a slight height. He has proved himself as one of the shortest footballers of the time.

Portuguese shortlist Rui Gil Soares de Barros is at number five on the list of the shortest footballers. He has identified himself as a terrific attacking midfielder. In the ’80s and 90’s he represented clubs like Porto, Juventus, Marseille. He has made a name for himself in world football with his short stature. He also scored 43 goals in 191 matches.

Maximiliano Morales nicknamed Maxi – an Argentine professional footballer. The attacking midfielder, who is 5 feet 3 inches tall, is playing for Major League Soccer team New York City FC. Maxi shorter than most footballers. But he is loved by everyone. He started his career in 2003. His ability and skill have established him more than height.

Levi Roger Porter, a 32-year-old English footballer. Its height is 5 feet 3 inches. He has won the hearts of the fans with his perfect skills by overcoming the limitations of his height. His career began with Leicester City in the English Premier League. He is currently playing for Oadby Town.

Madson Formagini Caridade is one of the shortest football players to have made a name for himself in the world with his amazing skills. Born in 198 in Rio de Janeiro, Brazil, Formagini is less than 5 feet 3 inches tall. After Brazilian club Vasco da Gama, he is now playing for the country’s Fortaleza club.

Joe Allen, who plays for Welsh and Premier League side Stoke City, is only 5 feet 6 inches tall. Allen was born in the United Kingdom on March 14, 1990. He has been involved in professional football since the age of 18. Despite being short, Joe Allen is a successful midfielder in the Premier League.

Chilean football star Alexis Sanchez. Height five feet six inches. The 31-year-old star is intoxicating the football world. The former Barcelona forward is currently on loan from Manchester, one of the richest clubs in the world, for Italian Serie A side Inter Milan.